Patrick, who is joining the coverage of this weekend's US Grand Prix at Austin with Sky Sports F1/ESPN, says the sport has grown a lot of the past few years thanks to the success of Netflix's Drive to Survive series.

"I definitely think that the Netflix series Drive to Survive has been a big deal," Patrick told Motorsport.com.

"I've had so many people over the years come to me and say: 'Hey, have you seen that? Did you see that? Wow, I'm super interested in Formula 1 now.'

"I think that it humanises, that it gives it storylines, it's a way to really try and understand what's going on in the sport."

The Netflix show forms part of a wide-ranging effort by F1's American owners Liberty Media to boost the sport in North America.

In 2022 F1 will add a second US race, the Miami Grand Prix, in addition to Austin's US GP, with exploratory talks about a potential third American date still ongoing.

Asked what F1 needs to make the next step in popularity, Patrick believes the championship needs a competitive American driver to give US fans more reasons to follow the sport.

"If there was an American driver that they could cheer for, then I think that what you'd see is more coverage here," she explained.

"Whether it be you know, late night TV magazines, morning news, just sports coverage in general; there'd be a reason to cover it, and I think that would definitely help." 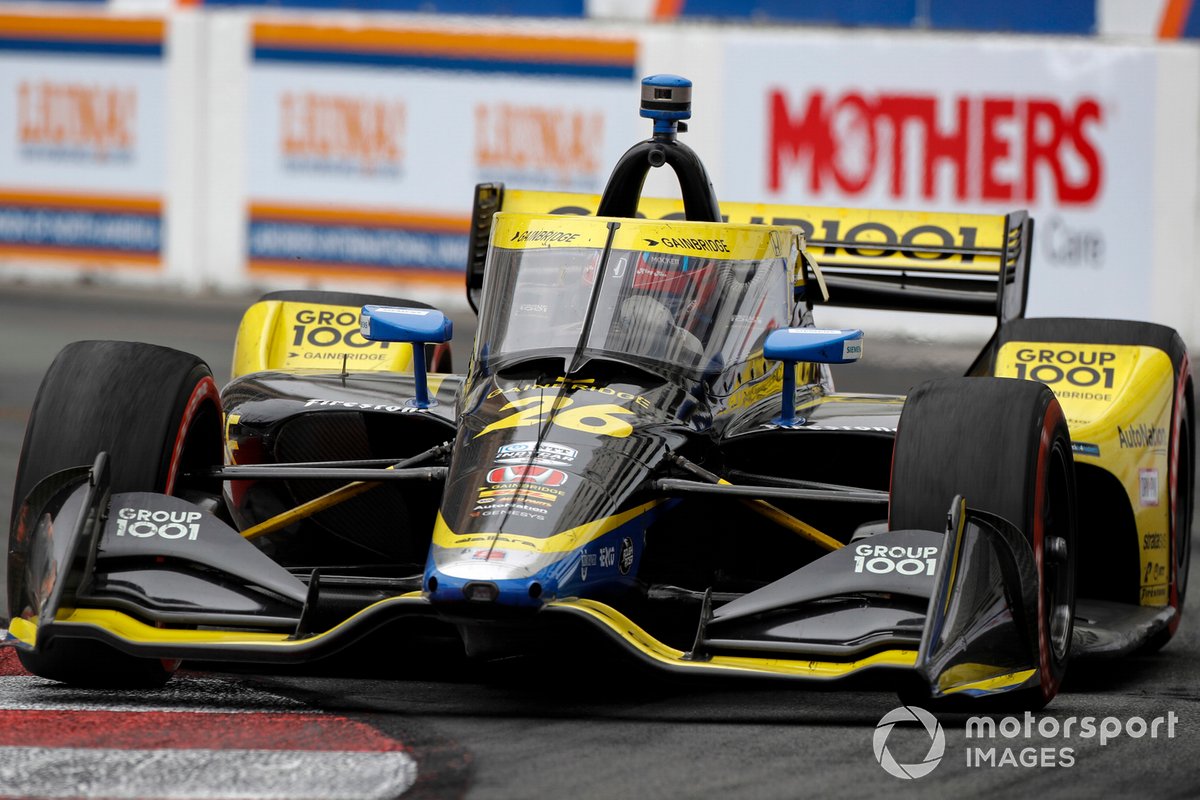 The current IndyCar driver who is most often mentioned in the same breath as F1 is Colton Herta.

In 2019 the Californian became the youngest-ever IndyCar race winner at the age of 18 and he has since grown into one of the championship's main contenders with Andretti Autosport.

Multiple sources have indicated that Michael Andretti's powerhouse team is closing in on a deal to take a majority stake in the Alfa Romeo F1 team, becoming the second US-owned team on the grid along with Haas.

An Andretti expansion to F1 would provide 21-year-old Herta with an obvious pathway back to Europe, where he spent the 2016 season racing in various Formula 3 championships with Carlin.

Patrick backs a potential F1 switch for Herta, saying it would be a "great opportunity" for the six-time IndyCar race winner.

"Definitely, if it's something that you want to do and you feel like you have an opportunity to do well, I mean, he's not going to become a worse driver when he's gone," she added.

"If it doesn't work out for him, usually Formula 1 drivers have quite a bit of credibility to try and come over and drive an IndyCar.

"So, I think it's a totally great opportunity, and especially if it's something that he's really excited about, I think that's really cool.

"And to have it be all American, I think that'd be great. I'd love to see how that goes."

Watch Danica Patrick at the US GP in Austin exclusively live in the UK on Sky Sports F1 on Sunday 24 October.