Ticktum on verge of superlicence after Macau win 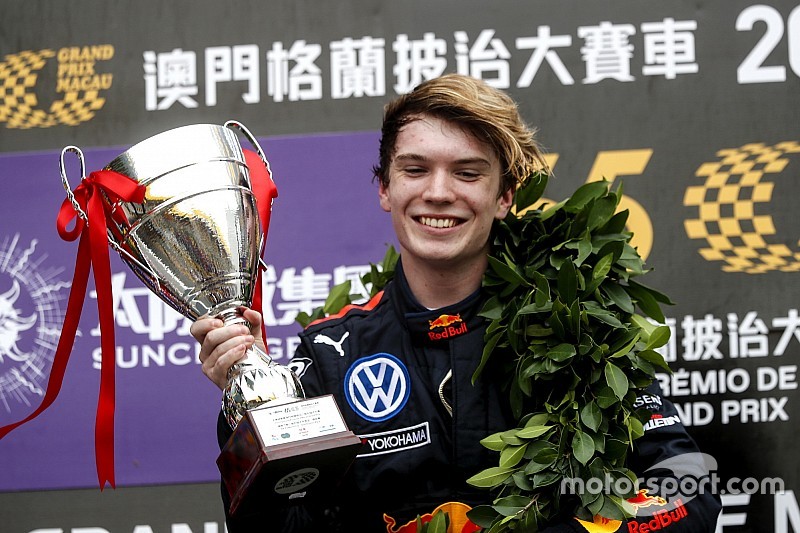 Dan Ticktum's dominant victory in the Macau Grand Prix has finally put him on the verge of the superlicence he needs to race in F1, the FIA has confirmed.

Having been unable to even test for Red Bull earlier this year because he did not have enough licence points, the British driver’s recent success has fast-propelled him close to a full race licence.

The FIA has clarified that Ticktum now has 35 points out of the 40 that are needed to allow him to race F1 in the future.

The rules are clear that only points from the three previous seasons can count for a superlicence.

It means the two points earned by his sixth-placed finish in the 2015 MSA Formula championship are no longer of use.

Furthermore, the FIA says that the five discretionary points awarded by the British ASN which counted for an A-licence he needed to test an F1 car do not count for an F1 superlicence.

It means that success in a winter championship – such as New Zealand's Toyota Racing Series which has seven points on offer for the champion and five for the runner-up - could get him across the line.

Speaking to Motorsport.com about the superlicence boost he gets from winning Macau, Ticktum said: “Obviously having five more towards the magic number is very, very handy.

“It means I won’t be under pressure to go and win whatever I will do over the winter. But I don’t think there will be a lot of drivers who will be able to challenge me in those series, without sounding too cocky.

“As long as I am in the right team and I do the right job, I hopefully will be able to achieve the magic 40 by next year.”

Having produced one of the most dominant displays at Macau in recent years, Ticktum says he feels ready for F1 – even though he looks almost certain to race in Super Formula next year.

“I feel like I am ready for F1,” he explained “Look, I think I’ve made a big improvement this weekend, in terms of how I work, so I am always improving.

“But I think it is safe to say a year in a category such as Super Formula may help me even more, so I wouldn’t mind either way to be honest. Whichever situation I get thrown into, I will make sure I make the best of it.”

Leclerc says Sauber progress not down to upgrades