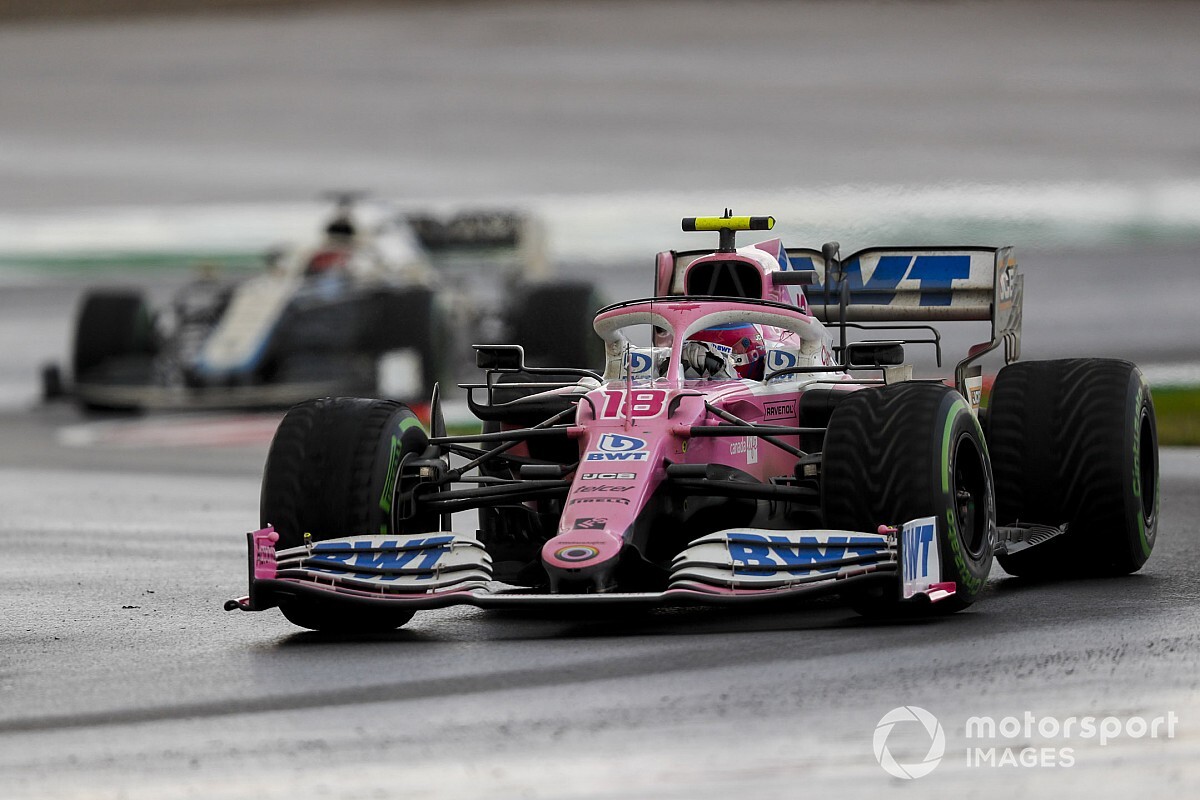 Lance Stroll's drop-off in performance in the Turkish GP was due to front wing damage that could not be seen in his pitstop, the Racing Point Formula 1 team has revealed.

Stroll led the race comfortably in the early stages on full wet tyres, but began to suffer graining in his second stint on intermediates, allowing teammate Sergio Perez to cut his advantage.

After a stop for a fresh set of inters Stroll's pace dropped off badly and he fell back to an eventual ninth place at the flag.

It was only when the car returned from parc ferme to the garage after the race that previously unseen damage to the underside of the front wing was discovered.

It backed up the team's live data that had indicated a loss of downforce that could not be accounted for.

Given Stroll's obvious frustration after the race - in which Perez finished second - Racing Point has moved quickly to clarify the situation with a statement.

"Lance complained of poor tyre performance, significant understeer, and graining from lap 17 onwards in the race," it read.

"Pitting for a fresh set of intermediates on lap 36 failed to resolve the problem with the graining becoming even more severe.

"One of the strakes on the underside of the front wing came loose and lodged itself in such a way that the blockage caused a significant loss of front downforce.

"The resultant loss of front downforce contributed to increased levels of graining.

"Data during the race confirmed there was a significant loss of front downforce, but with no visible damage to the top side of the front wing, combined with the low-grip conditions, it was difficult to confirm whether the data was correct.

"It was only after the race, when the car returned to the garage, that the damage and blockage to the underside of the front wing was discovered."

Although Perez logged good points with second place Stroll's tumble to ninth could prove expensive in the battle with McLaren and Renault for third place in the constructors' championship.