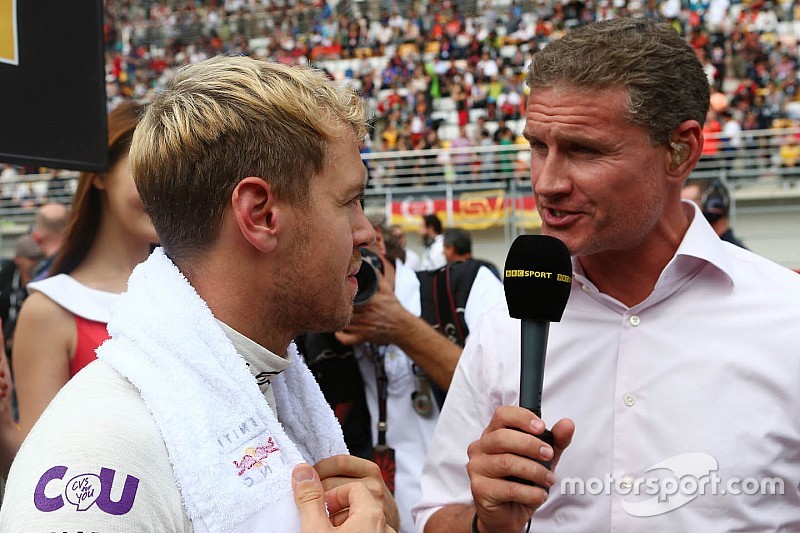 Channel 4 is taking over from the BBC as Britain's free-to-air F1 broadcaster from the start of the upcoming season.

Thirteen-time grand prix winner Coulthard was part of the BBC line-up throughout its most recent tenure as the rights-holder from 2009 to 2015.

Channel 4 also said it has awarded the production contract for its F1 coverage to Whisper Films, of which Coulthard was one of the founders.

Channel 4 had taken a minority stake in the production company last year.

"The F1 world has been incredibly impressed with what Whisper has delivered over the last five years and Channel 4's decision is testament to that.

"I'm looking forward to being part of an exciting new era for Formula 1, with Whisper Films and our proven level of creativity and innovation very much at the heart of that."

Ed Havard, Channel 4's head of TV events and sport, said: "Whisper Films outlined an extremely impressive and exciting vision for their F1 coverage, with outstanding on and off screen talent as an integral part of their pitch.

"We are delighted that David Coulthard will be at the heart of Channel 4's coverage and look forward to announcing the full presenting team in the coming weeks."