After much debate, the edge of the cars' floors will be raised for 2023 and the diffuser throat height will also be raised, while the floor edges will also be stiffened to combat the dreaded bouncing issue that has plagued some F1 teams in 2022.

The FIA will also demand the placement of additional sensor on the floor to monitor porpoising.

Rather than the 25mm floor raise that the FIA initially proposed, and which several teams lobbied against, a compromise of 15mm has now been pushed through.

Ferrari and Red Bull were among the teams against the changes, while McLaren and Mercedes - which struggled the most with bouncing – pushed for the change on safety grounds.

In Tuesday's announcement the FIA said the changes will be implemented in a way that should "avoid any impact on the teams' designs of the mechanical components".

But with designs for the 2023 machinery already at an advanced stage by now, some suggest the late nature of the changes will make it easier for the bigger teams to respond.

Speaking ahead of the summer break and the final decision on the rule changes, Alpine chief technical officer Pat Fry said he believed the tweaks to F1’s floor regulations for 2023 will only aid bigger teams as they could call on more staff to react to the issue.

“For us it is engineering resource, we’ve clearly got a lot smaller aero department than the three above us and the one we are fighting with, they are all bigger than us,” Fry said.

“They might have 20 people parked outside the cost cap doing sailing or push bikes, but they can quite easily drag them back in to hit a problem and then send them away again.

“So when you’ve got that level of extra capacity, they’ve got a huge advantage. Delaying the rules for them is great, because they know all the small teams are not going to be able to cope.” 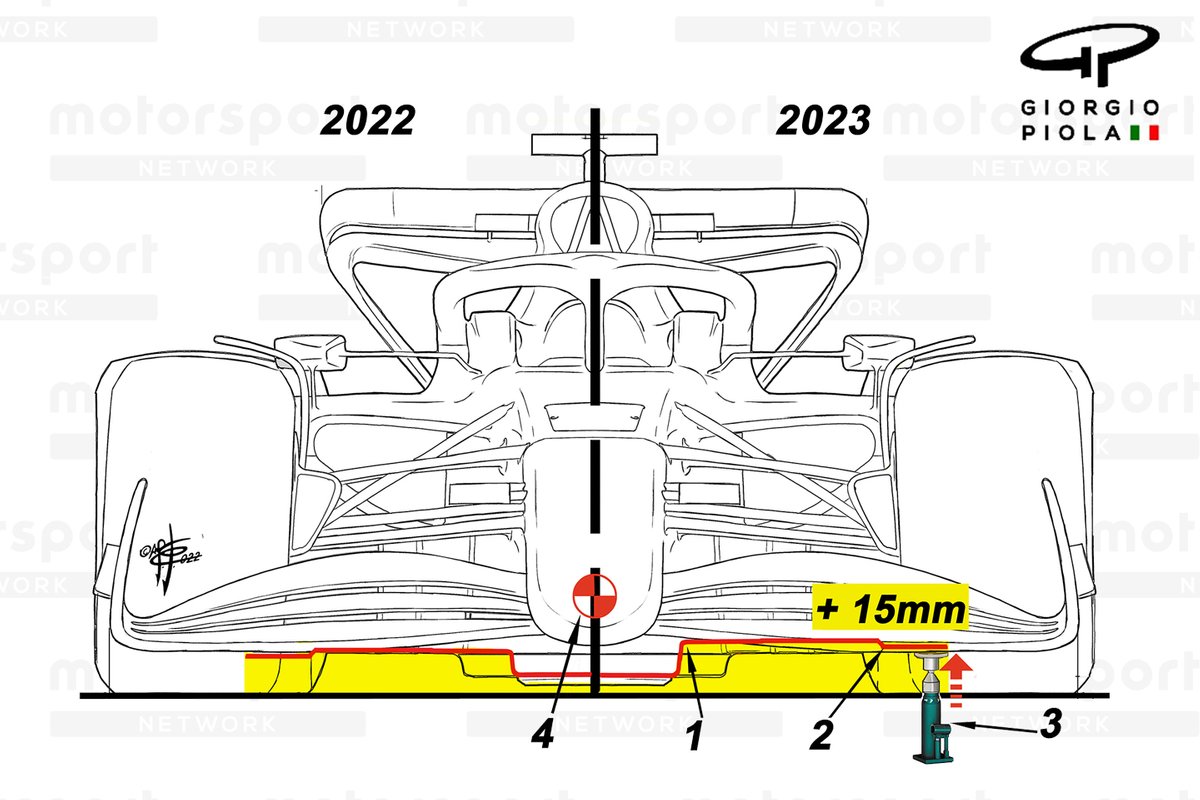 Fry said that although Alpine was “growing and getting better”, it remained “sensibly-sized” within the cost cap and without the “massive overspill” of staff that other outfits had.

Teams were forced to work to the new cost cap of $145 million per season from last year, prompting some of the bigger squads to divert staff to other projects.

“It is a little bit challenging for us,” Fry said before the rule changes were confirmed. “The sooner for us to know [about the changes], the better really, because if it is going to change, we are going to tear up what we are going to do already.

“I am sure every team is running some number of weeks in the windtunnel for next year’s car concept anyway, we certainly are.

“But how much of that work we’ve actually done is going to get changed with a rule change.”

The FIA has also ratified a roll hoop change in response to a scary accident for Zhou Guanyu in July's British Grand Prix, in which the Alfa Romeo's roll hoop was sheared off.

The top of the roll hoop design will be tweaked, while homologation tests have also been revised ahead of further planned changes in 2024.