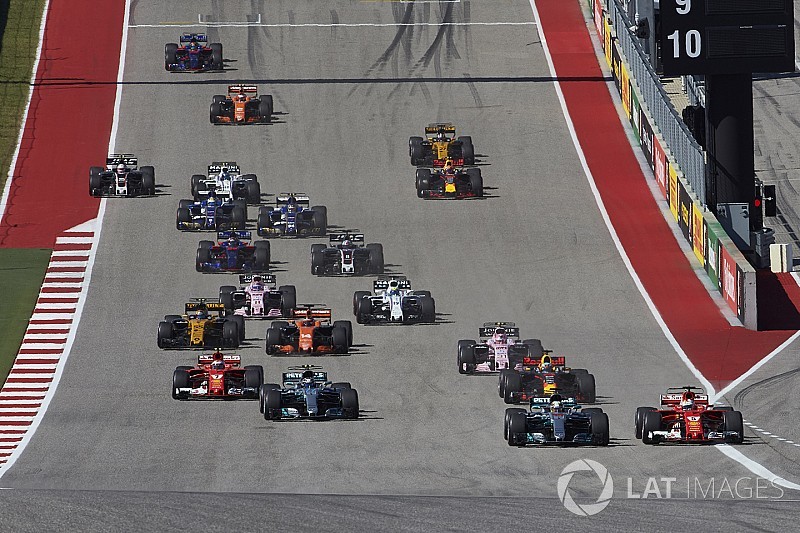 Circuit of the Americas boss Bobby Epstein believes Formula 1’s new Miami race risks diluting the American fan base, even if a second US round could be beneficial in the long-term.

With Miami poised to join the 2019 calendar, Epstein is cautious about the impact of fans having to choose whether to go there or Austin next year – so potentially splitting the audience.

He cites the experience of ticket sales at COTA suffering when the Mexican Grand Prix arrived and fans clearly picked one or the other race.

Speaking to Motorsport.com about Liberty Media’s push to add more races in the United States, Epstein said: “I think in the long term it can be good. But there is a risk. There is clearly a risk to diluting the product before the fan base has increased.

“But when the long term goal is to increase the fan base, it is a chicken or egg scenario. Which comes first? In the early years it remains to be seen if that is a positive for us.

“The first year, you haven’t increased the fan base but you’ve increased the options, so it will be tough at first. We will see how it impacts us.”

Epstein thinks that if the Miami race happens, it will be important that Liberty pushes hard to capitalise on the possibilities to increase the USA audience.

Should that come off, then he believes Austin’s unique attraction of a road course venue, plus its festival experience, will pay off.

“There are hundreds of millions of people in North American so my mindset is to be optimistic,” he explained.

“I’m certainly a little apprehensive, but very optimistic that it is a race against time as to whether or not you can build the fan base before the pain of splitting up the fans takes it toll.

“There is a huge difference between a street race from the fan experience, from the TV side, and from the race competition. This track is designed for competition and we know that it has got a lot of overtaking opportunities.

“When you can get a seat here and see as many as eight or nine turns from one seat and then within the same ticket payline you are able to wander around three miles of entertainment, it is very different to the fan experience at a street race – where you see far less.

“We feel good about the advantage we have from the ticket sales side. From the iconic TV images that Miami offers, it is understandable why that could work.

"And we would much rather have F1 on a street like Miami or anywhere else, because we will stay unique in terms of being a true racing venue and an all-day festival experience.”

Epstein believes that having Miami become a huge success would actual help in contractual terms too, because it could open the door for Liberty to agree more profit-share type contracts with other races.

“We hope that the Miami model is very, very successful so they could implement it with other promoters,” added Epstein, whose current contract with F1 runs until 2021.

“It is a unique position in the sense that you really want them to do great. It is one where you are a bit envious but at the same time you want them to succeed wildly so they [Liberty] can point to it and say we are willing to risk share with others.”

The concerns about the Miami race diluting the American audience are increased thanks to the likelihood of Miami, Austin and Mexico all running close to each other in the calendar.

Epstein is clear that he would prefer his race to be separated out – even to an early spring slot – but is mindful that from a logistics points of view such a move may not make sense for the sport.

“We would obviously like to see us separated as far away from other races that are competing for the same fans, so we don’t force them to make a choice,” he said.

“But logistically that has to make sense for everyone and it is tough to see a way around it. If you are in F1 management’s shoes from the standpoint of transportation and logistics, it is much easier if you put everyone back to back. But forcing the fan to choose is of no help to anyone.”

Asked if there was a preference to be twinned with either Mexico or Miami, Epstein said: “Let’s say no…not really. I just think Montreal in June is nice.

“The Fall is a very crowded time on the American sports scene when you have college and NFL football to go up against, versus the spring where there is a lot more opportunity to capture fans.

“The answer to what is best is an impossible task, certainly improbable. Which would be to somehow move the USA races to the Spring.”

Asked about twinning the race with Canada in June, Epstein said: “It’s too hot. It’s way too hot.

"We did X-Games in June in the past, but the beautiful time of the year here is March, April, May, September, or October.”