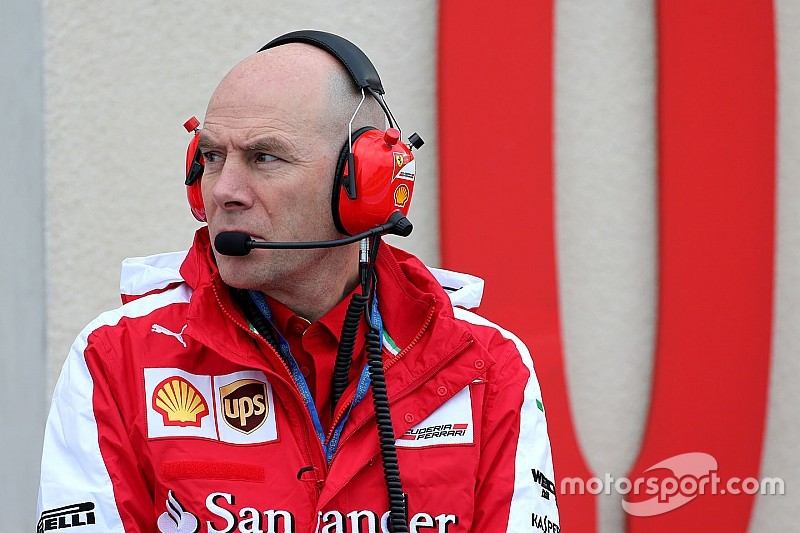 Clear has been on forced gardening leave since the end of 2014, when it was announced that he was leaving Mercedes to join its rival in Maranello.

Well aware of the huge knowledge that Clear had of the working of Mercedes, Ferrari had been eager to get hold of him as soon as possible.

But an agreement was reached between Mercedes and Ferrari not to fast-track his switch in exchange for a financial settlement, for fear it could set a precedent for a staff spending war in the future.

It means Clear had to sit out the entire 2015 campaign but has now finally been able to begin work in his senior engineering role at Ferrari.

With the Italian team back at work at Paul Ricard this week for Pirelli's wet weather test, Clear was seen getting used to his new surroundings in the Ferrari pits with both Kimi Raikkonen and Sebastian Vettel on duty.