McLaren has revealed that a crack in Daniel Ricciardo’s chassis was the cause of the power loss that triggered his retirement from Formula 1’s Brazilian Grand Prix.

Ricciardo was battling for the points at Interlagos on Sunday when he suffered a sudden loss of power and had to drop out of the race.

Following an initial investigation at the track, McLaren discovered a problem with components relating to its power unit installation.

McLaren team principal Andreas Seidl said: "We had a power loss on track. In the initial investigation we found a technical issue, a crack on the chassis side of the power unit installation, which we need to now investigate. I can give you a better update next week in Qatar."

Ricciardo reckoned that if he had not hit trouble then there was a chance that he could have pulled off a one-stop strategy to beat Ferrari duo Carlos Sainz and Charles Leclerc.

"We knew they had to two-stop," said the Australian. "I think they had a bit more pace but maybe through strategy we could've disrupted them.

"But then we had a loss of power and had to retire the car. Definitely a shame, but it was a much more promising day than [Saturday]. We'll take the positives from that, and we've got another chance next week." 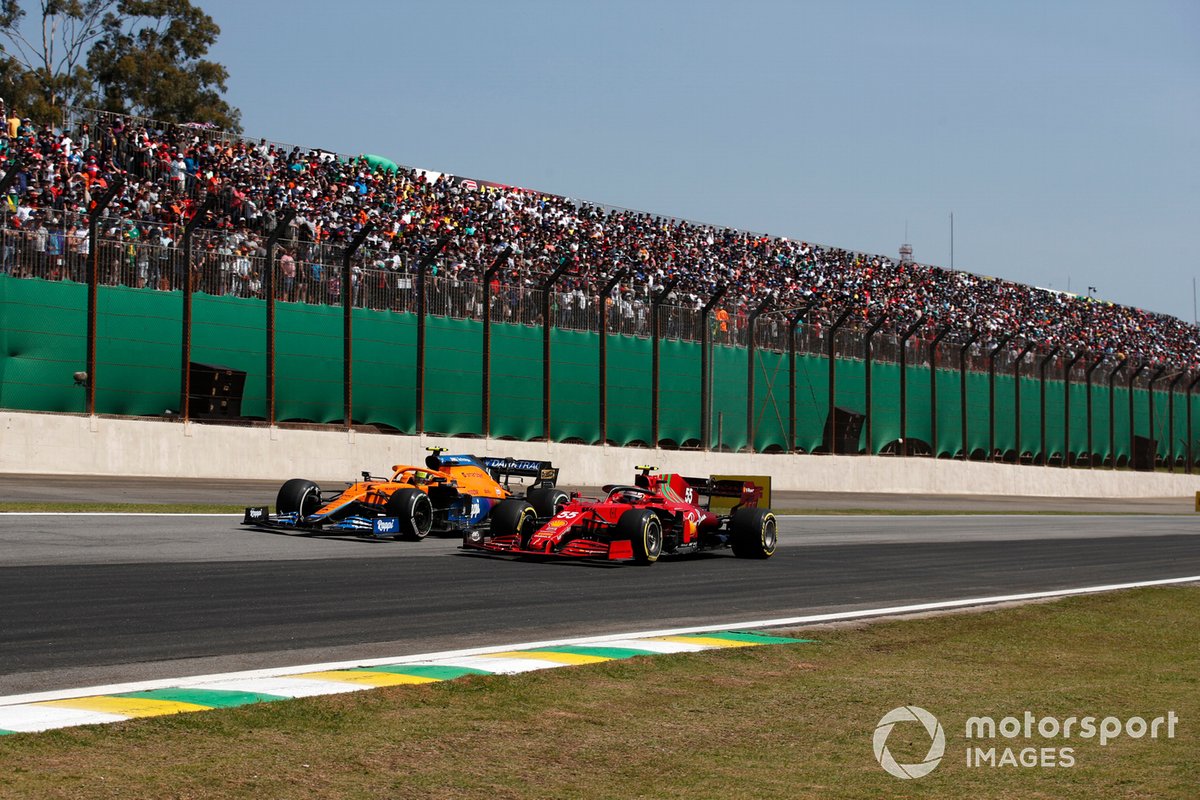 Ricciardo's failure added to a troubled afternoon for McLaren, with Lando Norris having had his hopes of a strong finish dashed by a puncture caused in a clash with Sainz off the line.

Although McLaren is locked in a fight with Ferrari for third place in the constructors' championship, Seidl felt there was no malice in the incident.

Speaking about the Norris puncture, Seidl said: "He had a great launch. And I think Carlos had quite a bad start.

"Lando had to go somewhere and on the outside it's very tight out there. I think he simply ran out of space and unfortunately touched the front wing of Carlos, causing the puncture. It was an unlucky racing incident.

"In terms of the recovery drive, the car was damaged. He lost quite a bit of downforce on the rear axle, some damage from the puncture I think. Then he did a great recovery drive."

Norris was able to recover to finish in 10th place but, on a day when Ferrari took fifth and sixth, the Woking-based team's hopes of ending the season third in the standings are fading.

McLaren is now 31.5 points behind Ferrari, with three races remaining.

Mercedes: "Diplomacy has ended" after Brazil F1 "punches in the face"