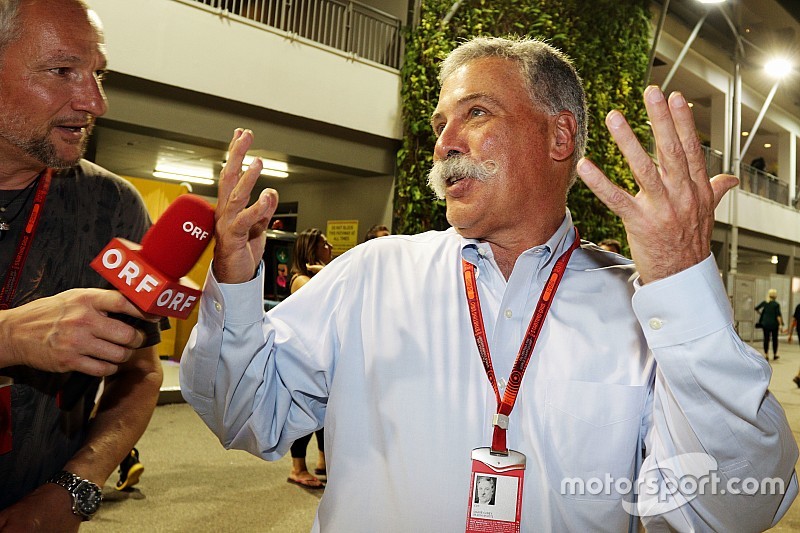 Marketing guru Brown – who announced yesterday he is stepping down from his role as group CEO of CSM Sport & Entertainment amid speculation that he will be drafted in for a commercial role with new F1 owners Liberty Media – believes there is huge room for improvement on developing the sport’s digital and social aspect.

When asked what he thought F1 might look like after five years in Liberty’s hands, Brown told Motorsport.com: “I think it will look very healthy, I think it will be very engaged with the fans. And from there you’ll see more sponsors, sponsors able to talk to the fans, healthier race teams.

“I think Formula 1 has a good product on the track right now, the racing is good. In five years I think it’ll be even more dynamic and leading the way in media technology.”

Brown believes Carey will bring a new dimension to F1’s ability to deliver its product to fans in a more engaging fashion.

“You could describe Chase as arguably one of the most impressive global sports media experts,” Brown added. “At the end of the day, F1 is a global sport. It’s media-centric – that is how you reach everyone, and he’s got a vast amount of experience in all different sports around the world. And his experience isn’t just in TV, but on the digital side.

“For the fans, I think that’s where they will see the biggest change in a positive way. Fans consume their sports in many different ways, and digital and social is a big element of that – and we all know that’s been an area of weakness for F1.

“Getting digital social engagement platforms right will be high up on Chase’s list. And I can’t think of a better person to lead that charge.”

Brown also believes that Liberty will not rush into huge changes without consulting with F1’s leading players, as its takeover is completed in the coming months.

“I think they’ve got to get settled in, get to know all the key stakeholders, and I’m sure they have ideas – but I don’t think we’ll see radical changes overnight,” said Brown. “But over time it’s not going to be business as usual. We’ll see their fingerprints in a good, positive way – in a consultative manner.”