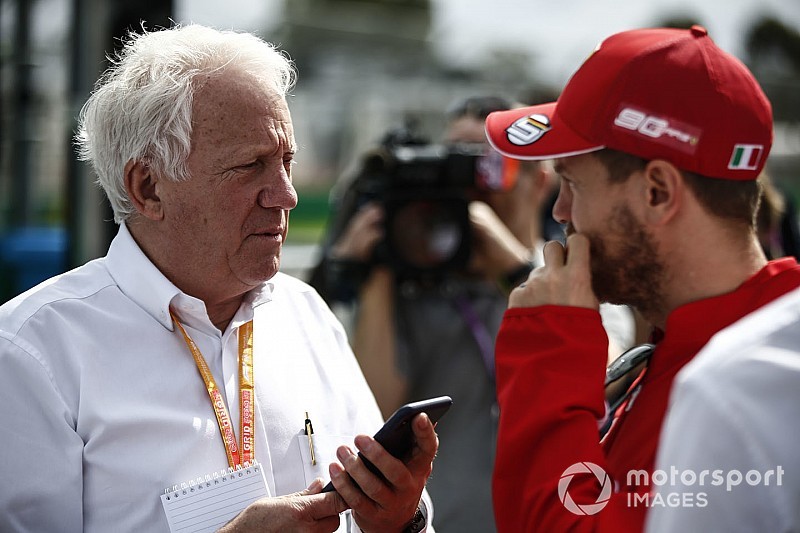 Tributes have poured in following the death of Formula 1 race director Charlie Whiting on the eve of the season-opening Australian Grand Prix.

The FIA confirmed on Thursday that Whiting died from a pulmonary embolism. F1 teams plus past and present, as well as drivers and team personnel took to social media to express their shock and sadness following the sad news, and pay tribute to one of the F1 paddocks longest-serving and most likeable characters.

Ross Brawn, Managing Director, Motorsports at Formula 1 said: “I have known Charlie for all of my racing life. We worked as mechanics together, became friends and spent so much time together at race tracks across the world. I was filled with immense sadness when I heard the tragic news.

“I’m devastated. It is a great loss not only for me personally but also the entire Formula 1 family, the FIA and motorsport as a whole. All our thoughts go out to his family.”

Mercedes team principal Toto Wolff added: "I was shocked and saddened to hear the news of Charlie's passing this morning. He was a pillar of our Formula 1 family – balanced in his approach, subtle in his understanding and always with the interests of Formula 1 as his main focus.

"He was a fantastic ambassador for our sport and a true guardian of its best interests; all of us who were lucky enough to know him will miss his ready smile and gentle humour. On behalf of the entire Mercedes motorsport family, I send our deepest sympathies to his family and friends."

Red Bull's Christian Horner added: “I am deeply saddened to hear the terrible news that Charlie Whiting passed away last night. Charlie has played a key role in this sport and has been the referee and voice of reason as Race Director for many years.

“He was a man with great integrity who performed a difficult role in a balanced way. At heart, he was a racer with his origins stretching back to his time at Hesketh and the early days of Brabham. On behalf of everyone at Aston Martin Red Bull Racing we pass on our sincere condolences to his family and friends.

“Charlie was a great man who will be sadly missed by the entire Formula 1 paddock and the wider motorsport community.”