Charles Leclerc says he has 'some hope' of George Russell being able to win for the Mercedes Formula 1 team in Bahrain this weekend for the Sakhir Grand Prix. 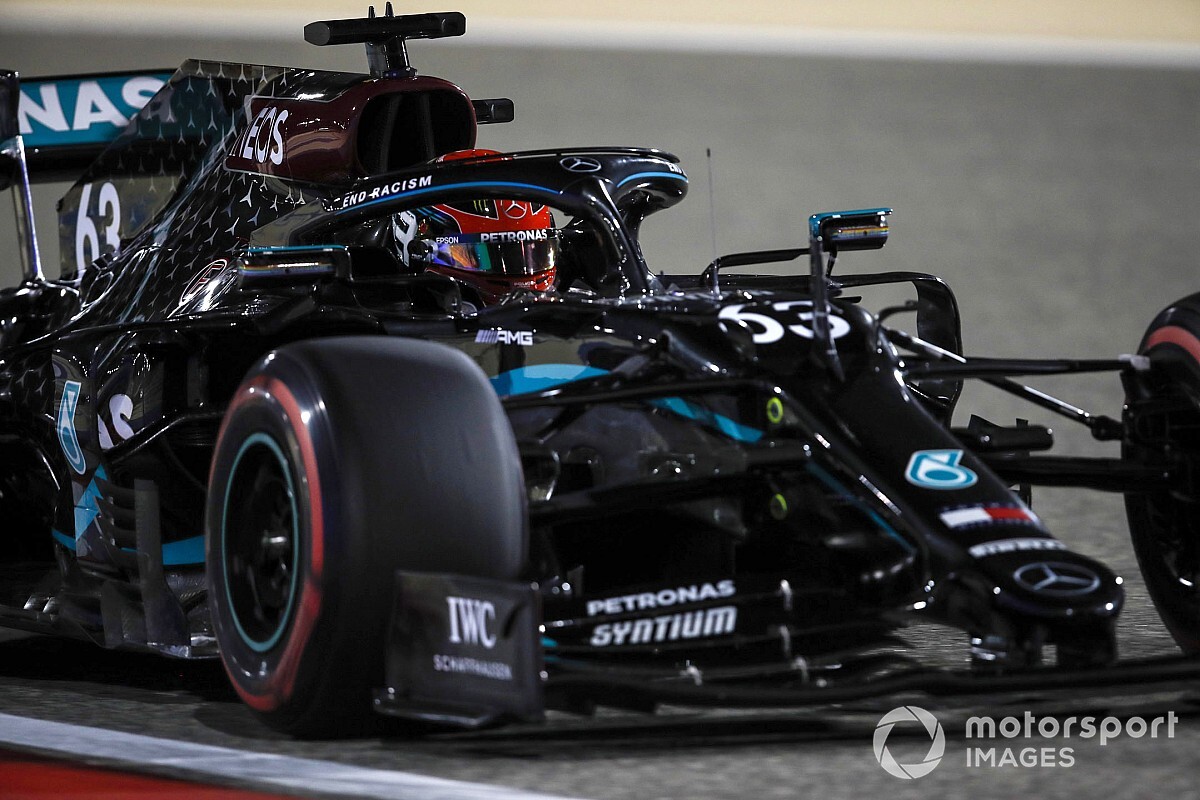 Russell has been drafted in by Mercedes from Williams as replacement for its seven-time world champion Lewis Hamilton, who has been sidelined after testing positive for coronavirus earlier this week.

And although Russell faces a huge challenge in getting up to speed with his new surroundings, his long-time friend and former karting teammate Leclerc has high hopes for him.

The Briton, however, went quickest in opening practice, finishing three tenths ahead of teammate Valtteri Bottas.

“For me a podium at least, but I have some hope of a win,” said the Ferrari driver about Russell's prospects on Thursday. “I mean it's very optimistic, but I know he's very good. I know that he's very good and I could bet on a win.”

Leclerc feels that even if Russell gets just one outing in the Mercedes, it will be enough for him to show what he is capable of.

“It is an amazing opportunity,” added Leclerc. “I've known him for a lot of years, we were teammates with Alex [Albon], and George back in 2011, in karting. And yeah now he finally has the opportunity to race for a top team.

“I don't know for how long it be, whether it will be for one weekend or two, but anyway, I think he will show how much of a good driver he is this weekend. Of course, he has shown it before, but now having the opportunity to be fighting further up, with probably the best car out there, is a great opportunity for him and I hope he will do well.”

Leclerc is not the only one tipping Russell to do good things this weekend, with McLaren’s Lando Norris also thinking his fellow Brit can triumph.

“I think he can achieve a pole, I think he can achieve a win,” said Norris. “But I think if there's any weekend maybe Mercedes have a smaller advantage than any other weekend, it's probably here. So he's taken a step up into the team at probably one of the toughest weekends of the year in terms of their advantage that they probably have over the rest of the field. So it's not going to be easy for him.

“But I know how good a driver he is. And I'm sure everyone else does too. I'm sure of course Mercedes do as well. So I'm expecting big things. Of course, I’m maybe slightly jealous if he gets an extremely good result or a win. But I'll just be happy for him, and I look forward to hopefully be able to fight him again.”