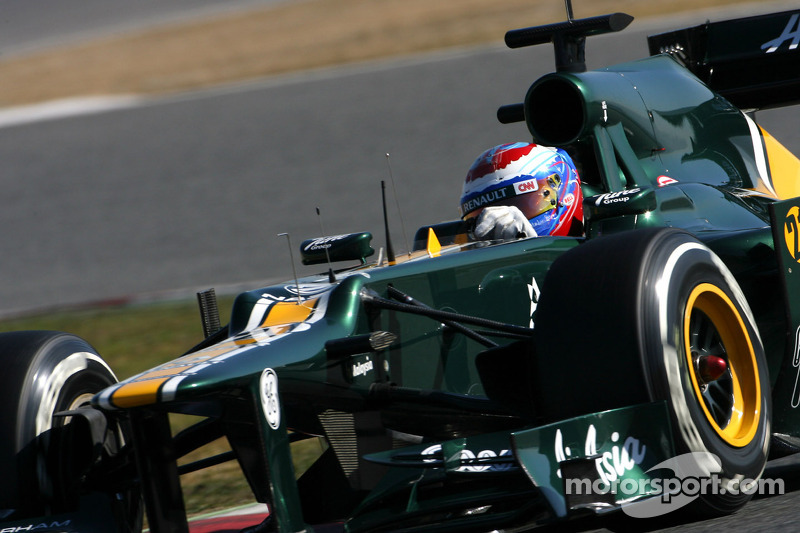 "After three pretty solid weeks of testing we're heading to Melbourne in good shape. We've clearly moved on from where we started in 2011, and are a long way ahead of where we were in 2010 but we're still all staying very realistic about what we can do this season. Apart from a few issues in the second test, which were all sorted out for T3, our reliability has been good, and both Vitaly and I put in laps that showed we are close to the pace we want to be. But as everyone knows the tests don't really tell you anything about where you are against everyone else, so we won't really know anything until Saturday in Melbourne. 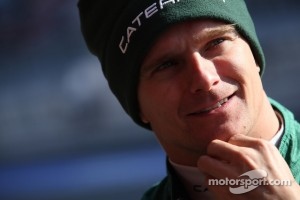 "Whatever happens when we get there, I just want it all to start right now. I've had a great winter, worked hard and am heading into 2012 feeling fitter than ever. I've made a couple of changes off track that will help me focus even more on my job with the team and with the step forward we've taken with this year's car, I'm more keen than ever to get out on track and see how we've progressed again this year."

"Melbourne is obviously somewhere that will always be very special for me. Last year I scored my first F1 podium there and was given a really good welcome by all the Australian fans so I'm sure it will be the same again this year. I think it's pretty clear we won't be in a position to fight for a podium again but I think the goal will be to push the midfield teams as hard as we can and who knows what could happen.... Usually there are quite a few retirements in Australia, and there are a couple of areas of the track that don't leave any room for error, so I hope we're there at the end of the race and able to take advantage of whatever's happened ahead. 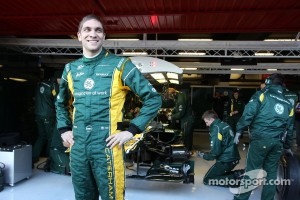 "It will also be a good weekend for me generally as I'm really enjoying life with my new team. It's still early days, but I've been given a great welcome by everyone and I'm starting to build a good relationship with my engineer, so i think we have a good year ahead of us, whatever happens. We spent quite a lot of time in Barcelona looking at how to fine tune the setups specifically for me, and while we do have more work to do in Australia we definitely made some real progress at the last test which puts me in as good a position as we could hope for when we get to Melbourne."

"The Melbourne event poses the usual challenges of a race held on a circuit using public roads which are used once a year for the Grand Prix. This means that the circuit grip evolves significantly throughout the weekend and can therefore make it tricky to target the optimum balance in advance of the race. The tyres being used this year are the soft and medium compounds which we gained some useful insights into during pre-season testing, albeit in very different conditions on a different type of circuit.

The circuit grip evolves significantly throughout the weekend

"The ambient temperature in Melbourne can be expected to be somewhere between the high teens and the low twenties, so not that far off what we saw in Spain in February, but the nature of the circuit is different and places reasonably high demands on the brakes and consequently on entry stability. Equally, maximising traction out of the lower speed corners is generally an area of focus. Whilst the cars will have a high average speed at this circuit the aero setup will still be relatively high downforce. Overtaking here is difficult so KERS and DRS will be valuable tools and of course for Caterham F1 Team this will be the first opportunity to use KERS in a race environment.

"In terms of updates since pre season testing we will have a new front wing and bodywork cooling option available to us. The front wing is simply a logical step in aerodynamic development and has been an integral part of the aero package for a while, but will be introduced for the first time in Melbourne. The cooling option gives us more opportunity to optimise cooling requirements versus aerodynamic performance which is a further step forwards from the package we ran in Barcelona last week and gives us more options to work with at the first race." 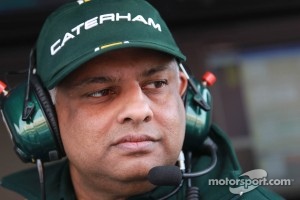 "Melbourne 2012 is a very important race for us and one I am possibly more excited about than any race we have participated in our two short years in F1. We shed the new team tag at the start of 2011, but for most of last season we were racing in what felt like no-mans-land. We were comfortably ahead of the two teams that made their debuts at the same time as us in 2010, and for a large part of last year we were what felt like inches away from the teams just ahead.

Now it is time for us to take our place as a midfield team, and we have everything in place to do just that. If we do, and find ourselves racing teams like Williams, Toro Rosso and Sauber I think that will be an incredible achievement, from a starting point of an empty factory in September 2009 to racing teams who have decades on us in terms of establishment and development. If we are not quite there at the start of the season it will not be for lack of effort, and we will keep fighting all year to bridge the gap to what will be a very tightly packed group of teams just in front."