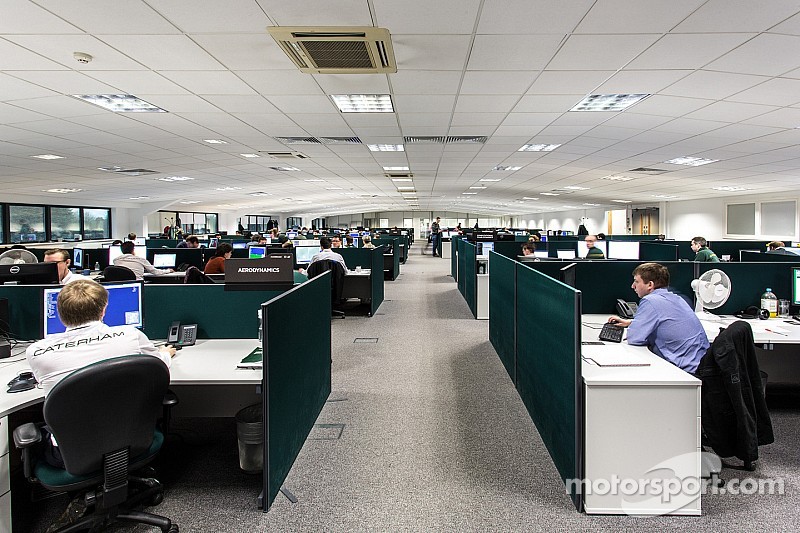 On the very day Caterham announced it will return to the grid in Abu Dhabi, the F1 team's entire staff was made redundant.

After a controversial crowdfunding scheme raised $3 million for the embattled backmarker, administrator Finbarr O'Connell announced that Caterham is heading to Abu Dhabi for the 2014 finale.

It is dismaying to see the amount of publicity surrounding the success of the crowdfunding on the same day that the entire workforce was made redundant while owed seven weeks' salary.

A statement said it was made possible "through Crowdcube, the world's leading investment crowdfunding platform".

So with O'Connell now faced with claims the crowdfunding project was at least in part a PR exercise, it now emerges that on the very same day it was declared a success, Caterham's 230 race team was made redundant.

Senior aerodynamicist Jim McManus told The Observer newspaper: "It is dismaying to see the amount of publicity surrounding the success of the crowdfunding on the same day that the entire workforce was made redundant while owed seven weeks' salary."

"The cynic in me would suggest that the two are not unrelated, and the good news has served as a convenient opportunity to bury the bad news," he added.

O'Connell, however, who is team boss for now but says his intention is to appoint an alternative, claims that staff actually wanted to be made redundant.

"It is a crazy situation but the most ironic thing is that the majority of the team were pressing me to make them redundant so their redundancy claim forms could be up and running while I try to sell the team," he said.

"If I sell the team they will be re-employed by the purchaser and those claim forms will effectively be ripped up."

But McManus insists that some staff "actively indicated that they did not want to be made redundant".