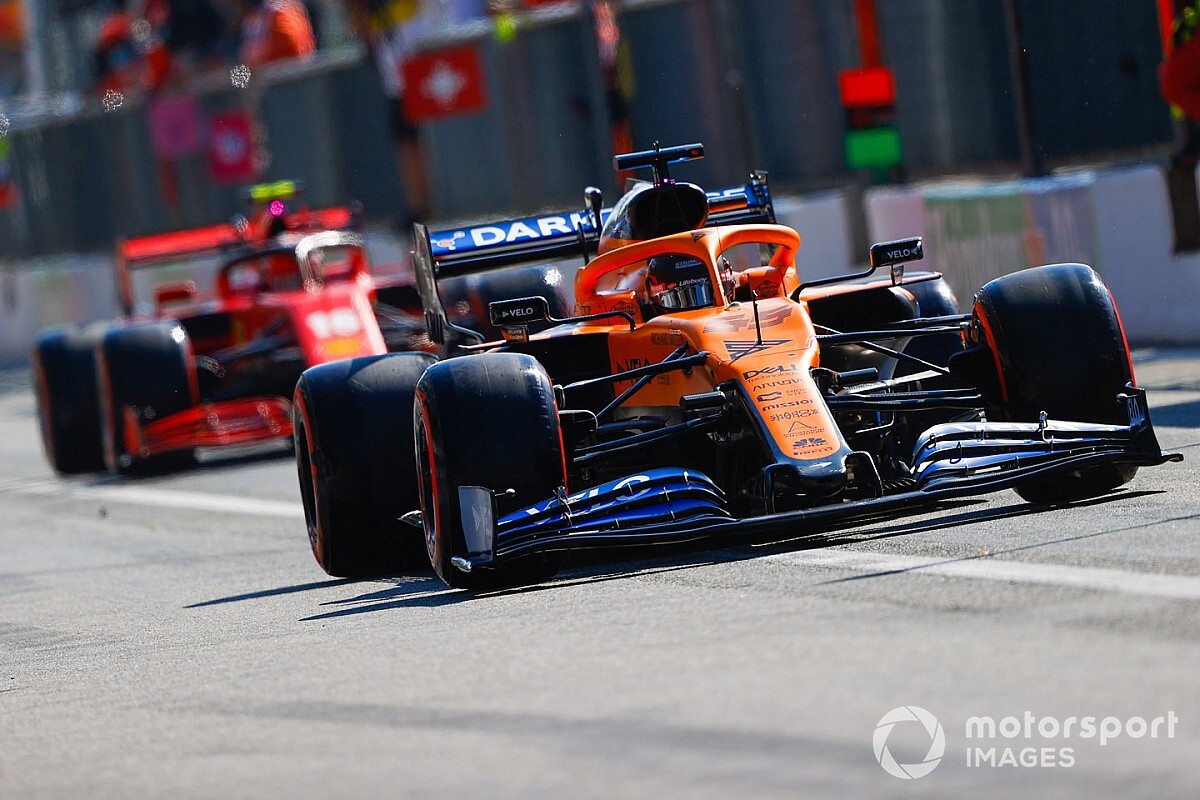 McLaren Formula 1 driver Carlos Sainz says he “doesn't understand” why pre-season testing will be reduced to three days in 2021, leaving him with little practice time with his new Ferrari team.

Sainz will join Ferrari next year to replace the Aston Martin-bound Sebastian Vettel alongside Charles Leclerc.

Drivers who are changing teams this off-season will have less time to sample their new machinery, because F1's lone pre-season test will be reduced to just three days.

Pre-season testing had already been cut back from eight to six days in 2020, but will be halved in 2021 as the current cars will be largely carried over into next season due to relatively stable regulations.

A final decision on the venue of the test has not yet been made, although Motorsport.com understands it is likely to move from Barcelona to Bahrain. While the 10 F1 teams, who all agreed to the testing cut, should be well equipped to handle the limited amount testing, Sainz fears drivers who are changing teams this winter will be hindered by the lack of track time with their new cars and crew.

Sainz and Vettel are not the only drivers to change teams this winter, with Daniel Ricciardo replacing the Spaniard at McLaren, and Fernando Alonso coming out of retirement to fill Ricciardo's seat at Renault.

"That will make my first half of the season at Ferrari very difficult, as for Fernando, Ricciardo and other drivers who change of team.

"I don't understand why it's only three days, one and a half days per driver, and I'm not in favour of it, especially as there are no tests during the season."

The only other opportunity for Sainz to sample his new car would be December's young driver test following the season finale at Abu Dhabi, but as the name implies current F1 drivers are not eligible for those sessions.

Still, Sainz says he would be keen to try the Ferrari SF1000 if there is a chance.

Renault has been trying to get the returning Alonso to take part in the two-day Abu Dhabi test as the 39-year-old has been out of F1 for two years.

The Enstone team's hitherto unsuccessful bid has faced heavy resistance from its F1 rivals, so it seems highly unlikely that any other driver would be afforded that chance.

Hamilton has put car vs driver debate to rest - Lowe

The Lewis Hamilton trait that only helps fuel his critics