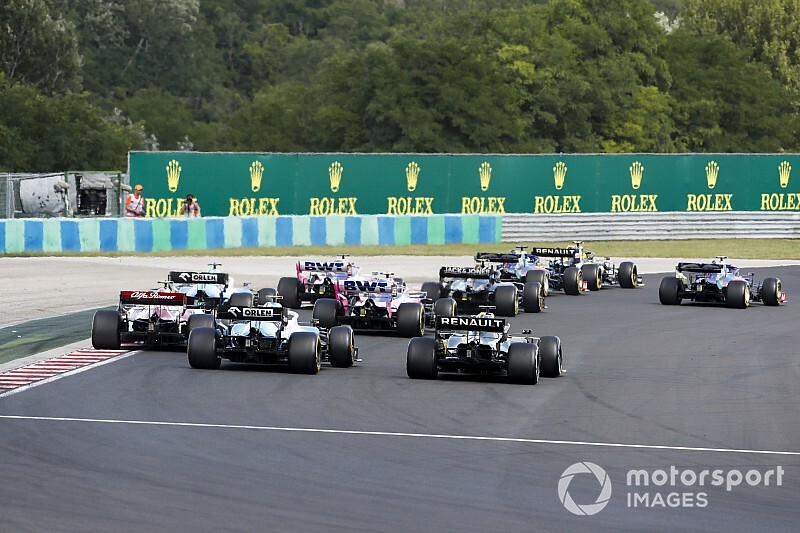 Formula 1 is to take steps to promote its green credentials in the coming months – and a push towards synthetic fuels will follow as the sport aims at future sustainability targets.

Chase Carey has revealed that F1 is to launch a PR campaign that emphasises the efficiency of the current engines.

In addition, there is a specific aim to reduce carbon emissions in the future with synthetic fuels, a strategy that is already being discussed with the teams and F1's current suppliers.

The move can be seen as an inevitable response to the momentum that Formula E has gained by promoting sustainability.

"One of our priorities, and we are going to do more in the fall, is really an untold story in F1," said Carey in a call with Wall Street analysts. "It's the strides that we've made to date in terms of sustainability.

"The hybrid engine that was launched a few years ago was an incredible step forward in terms of fuel efficiency, while retaining power. And we are working aggressively on things like synthetic fuels, working with the oil industry as a whole on synthetic fuels, bio fuels, hydrogen fuels.

"And I think you'll see between now and year end the sustainability issue becoming much more front and centre.

"It's part of our story, and actually something we've talked with in private with a number of our partners, and they're quite excited about it.

"And I think it's an honest recognition that the environmental issue is important to everybody, and a big part of making strides forward in that is how do you reduce carbon emissions from the combustion engine? That can be as important as anything out there.

"We'll also have other initiatives in terms of environmental steps around our live events. So it's a multi-dimensional story.

"But I think the part that we are putting particular energy into is the degree to which will reduce and the targets will have for reducing carbon emissions with the combustion engine, and I think that has more upside for us than anything."

Mercedes team boss Toto Wolff stressed recently that the sport has to follow the sustainability route.

"Everything is becoming sustainable, CO2 neutral," he said. "The younger generations are really not so interested in the V12. This needs to be considered.

"We are having the most efficient, the most powerful, the most performant engines in these cars and the technology has made those cars fantastic high tech machines. And that same high tech is going in the road cars. I don't think you can turn back time."

If a move is made to synthetic fuels, the teams will have to ensure that their tanks and systems can deal with the change.

"It's the type of tests that we do regularly," said Racing Point technical director Andy Green. "Fuel compatibility is a big thing for us, everything the fuel touches is testing in our R&D lab.