On this day in 2009 at the Bahrain Grand Prix, Jarno Trulli took the 10th podium of his Formula 1 career, and the fastest lap to boot, having started the race from pole position. Here we dig a little deeper in to the numbers of his grand prix career.

After Trulli won the German F3 championship in 1996 and finished third in the F3 Macau GP for KMS Benetton Formula, he made his F1 debut in 1997 with Minardi.

At the French GP he switched to Prost as replacement for the injured Olivier Panis, who had broken his legs in a crash at the Canadian GP. He subsequently moved to Jordan in 2000, then Renault in 2002, Toyota in late 2004 and finally Lotus in 2010.

In 15 seasons, Trulli started 252 Grands Prix, which puts him eighth in the all-time list He’s got two more GP behind the steering wheel than Lewis Hamilton, in a ranking that’s still headed by Rubens Barrichello (322 starts). 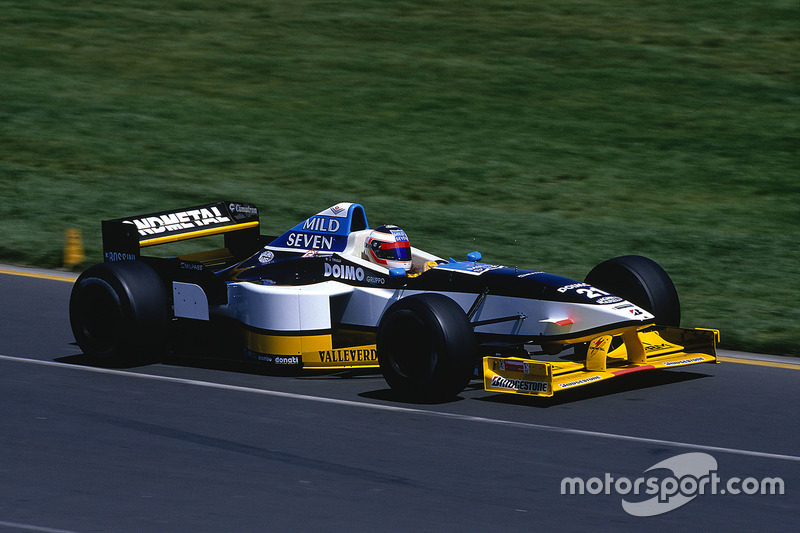 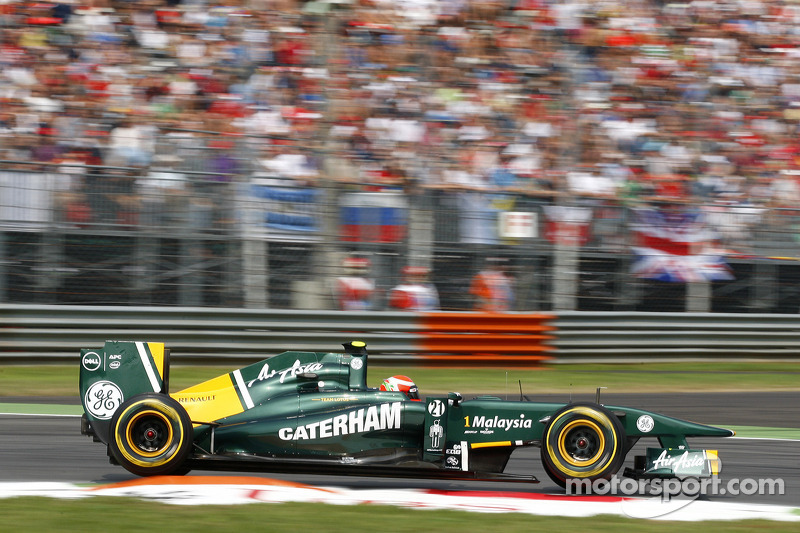 Winning in Formula 1 is not easy, and in 2004 Trulli wasn’t in the right team to have a shot at the top step of the podium on a regular basis, as Ferrari was dominant with its F2004. That car won 15 out of that year's 18 races.

Trulli was with the Renault team back then and in Monaco, after a brilliant qualifying performance, he started from pole position. With being at the front in Monaco so valuable, not even a charging Jenson Button in his BAR-Honda could stop Trulli from scoring his first and only win. Trulli is still the last Italian to win the Monaco Grand Prix. 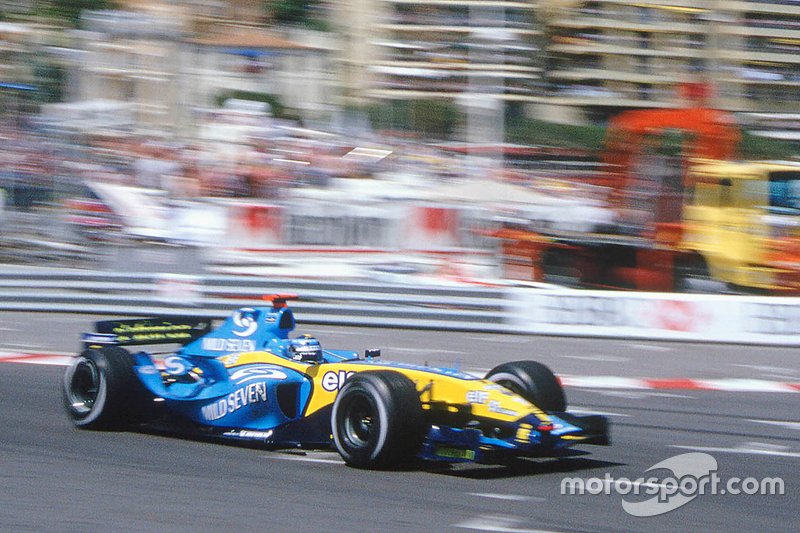 Perhaps his most remarkable podium of those 11 is the one in Australia 2009 when he drove for Toyota. Trulli had to start from the pitlane on Sunday after he was excluded from qualifying for extreme flexibility of the upper rear wing.

The race, his 200th in F1, was incident-filled and Trulli was able to steadily move up the field until the second safety car came out for debris, giving him the opportunity to stand on the podium. That result would later be put in doubt after a 25-second penalty was given to him for overtaking Hamilton under the safety car, but it was dropped again when it emerged that Hamilton deliberately let him through. 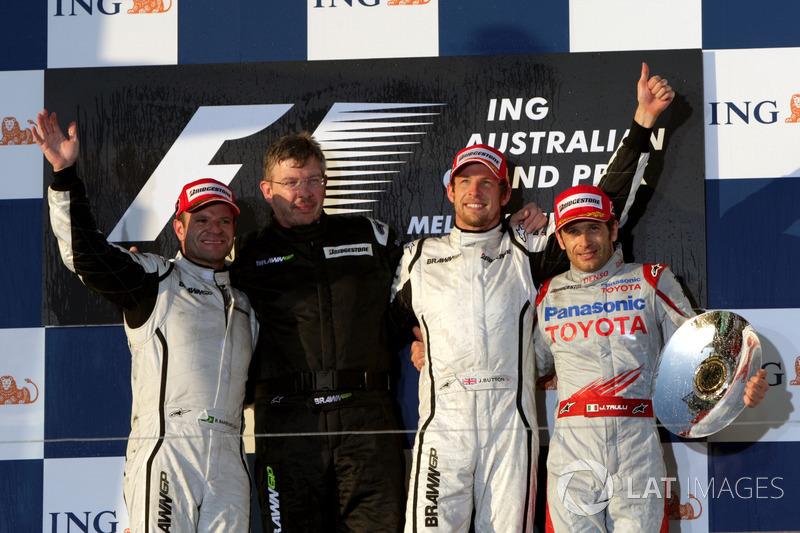 Another unforgettable podium from Trulli is his first one in 1999, when he raced for Prost, in the European Grand Prix at the Nurburgring. That was a crazy race, in which more than half the field did not finish in cold, wet conditions. Starting from P10 Trulli managed to keep things under control and finished 22 seconds behind winner Johnny Herbert in his Stewart-Ford. 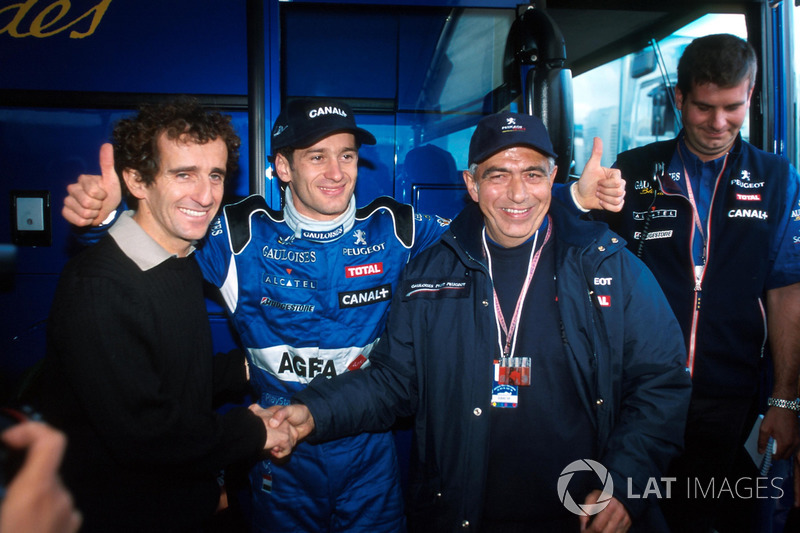 There’s little doubt that Trulli’s one-lap-pace was very good. He managed to score four poles in his career and started 15 times on the front row. There are exactly 100 drivers in the history of F1 who have started on pole position and, with his four poles, Trulli is ranked 51st on the all-time list together with the likes of Giancarlo Fisichella, Didier Pironi and Mike Hawthorn.

In terms of front rows, he’s 47th overall in the all-time list but a long way behind the record holder Lewis Hamilton, who has 145 front row starts.

We started this piece with a fastest lap note in the 2009 Bahrain GP, the only time Trulli achieved that feat in his career. Here are some other key stats from his career:

Trulli could have had an even longer career in F1, as he tested the Caterham CT01 in pre-season testing in 2012. In the end though, the team hired Vitaly Petrov to partner Heikki Kovalainen for that season, leaving no space for Trulli.

Two years later Trulli started up his own Formula E team, driving for himself in the 2014-15 season and even taking a shock pole position at the Berlin ePrix. The team was short-lived however and folded two races into the following season.