On this day in 1995, Nigel Mansell's Formula 1 career came to an end at the Spanish Grand Prix when he retired from the race, unhappy with the handling of his McLaren.

It marked his final outing in F1, having joined the Woking-based team at the start of the year for a full-time grand prix comeback.

But having been forced to miss the first two races of the year, his season ended after Spain. Here we look at what went wrong...

Mansell had expected to race for Williams in '95 after being drafted in to replace Ayrton Senna at the 1994 French, European, Japanese and Australian Grands Prix – winning the last race of the year in Adelaide. The Grove-based outfit had decided, however, it wanted to field David Coulthard alongside Damon Hill that season, leaving Mansell out in the cold.

His commitment to leave IndyCar and return to Formula 1 had taken considerable effort in order to unravel various contracts and meant significant upheaval for his family once more.

A chance meeting with Ron Dennis at the end of '94 now held more weight. Dennis had talked about working with Mansell but expected, as most did, that Williams would take up their option on him.

Having signed on the line, Mansell had been buoyed by Dennis' appraisal of the McLaren potential but, what Mansell found, was that McLaren was actually behind the curve at this point.

It was, like everyone else on the grid, reeling from the tragic events of 1994 and the subsequent changes to the technical regulations that had been ushered in to markedly improve safety.

On top of this there was yet more engine upheaval with a switch to Mercedes-Benz – it's third partner in three seasons. Honda had gone at the end of 1992, Cosworth was an interim solution for 1993 and the Peugeot partnership in 1994 had not been a success.

It had come close to a deal with Chrysler for 1993 for its rebadged Lamborghini V12, that had left both Senna and Hakkinen enthused.

McLaren mechanics with a Chrysler engine 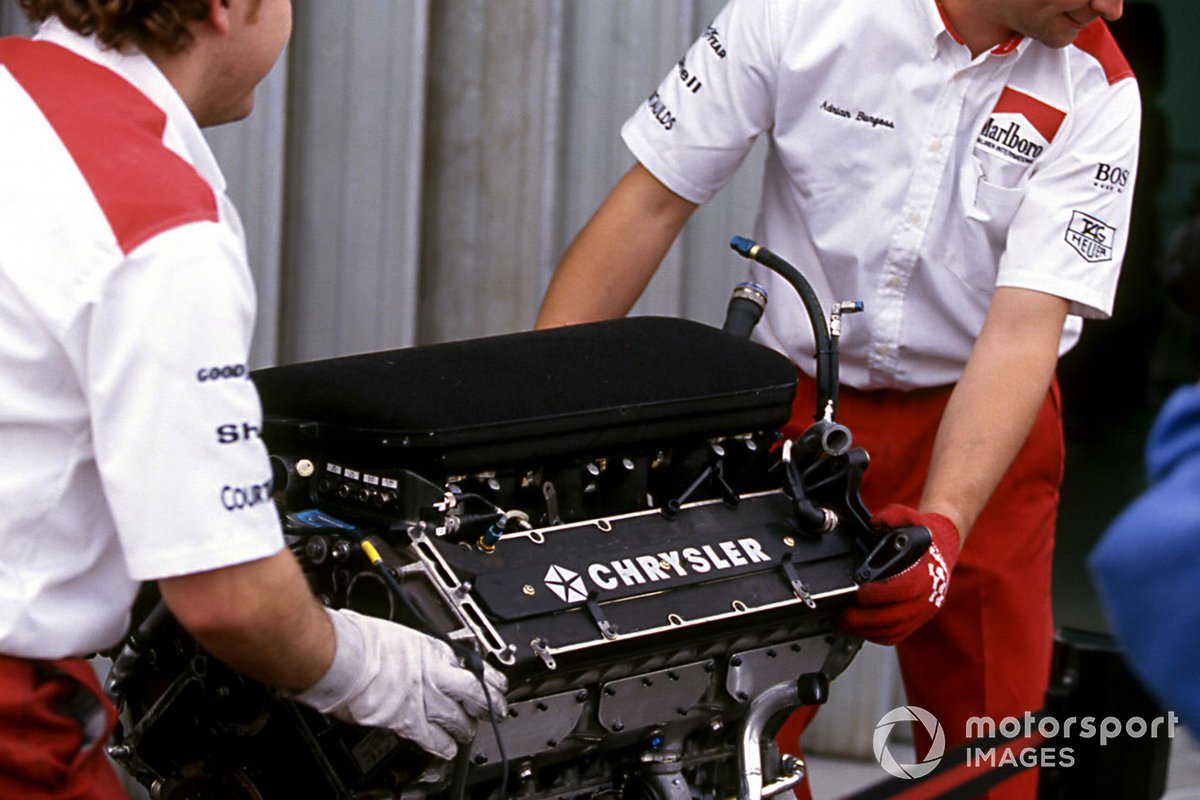 1/6
The Lamborghini V12 had powered the Larrousse entries during 89, 90, 92 and 93 but Chrysler, its parent company, was looking to partner with a bigger name in the sport and tried 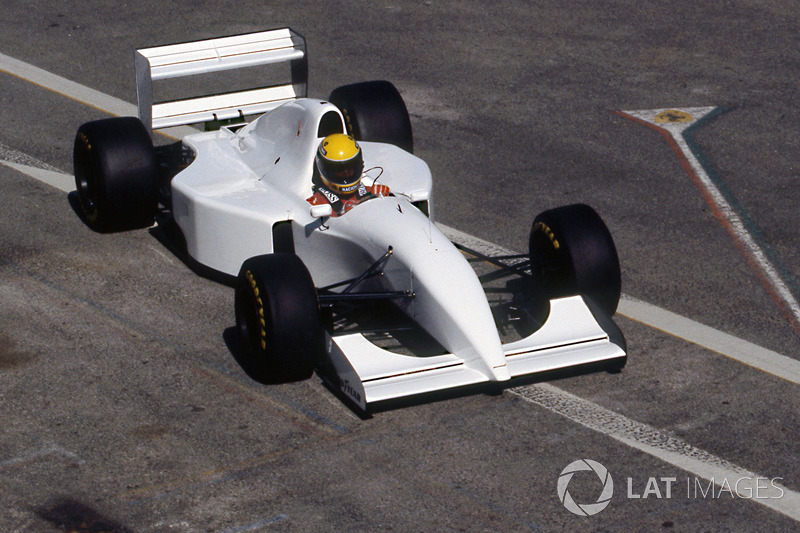 2/6
McLaren evaluated the Chrysler badged Lamborghini engine during a test at Estoril in an adapted MP4-8 chassis. Senna was reportedly impressed by the engine, when compared with the Ford it had used during 1993, as it had more power at its disposal. He recommended some changes be made in order to improve driveability. 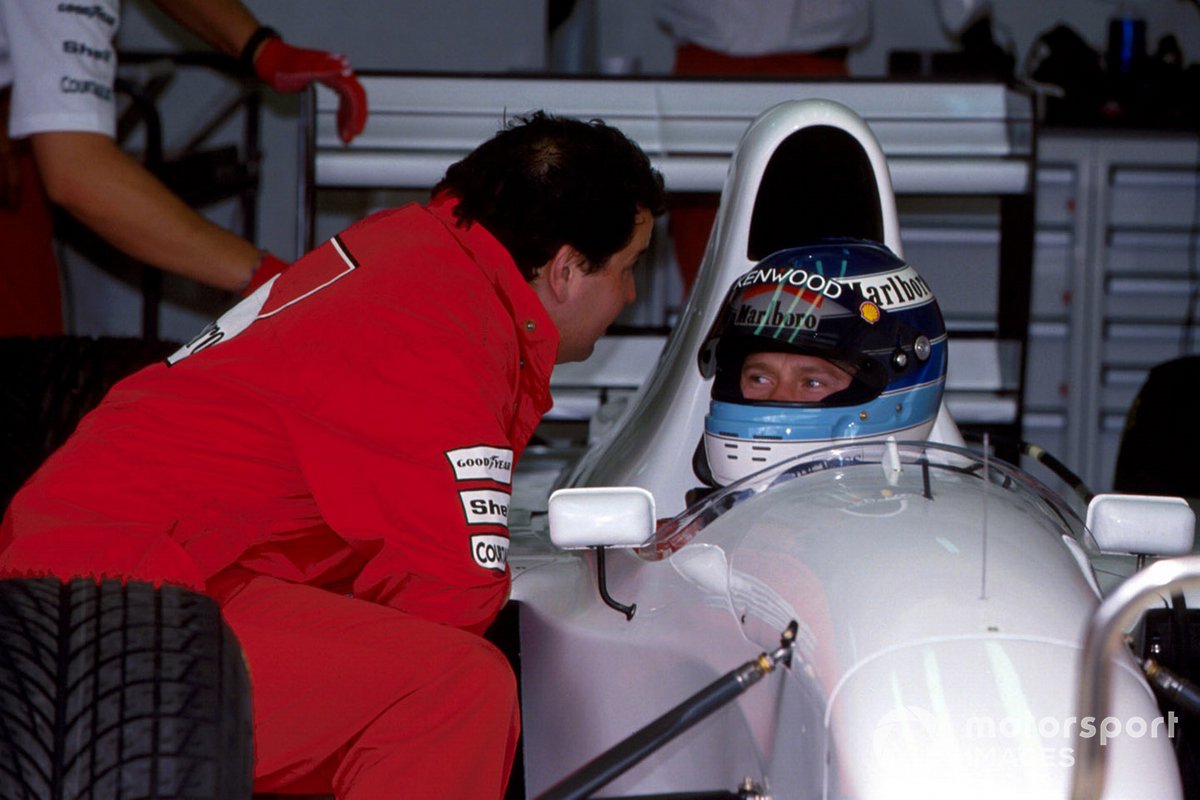 3/6
Hakkinen would later test the car again at Silverstone with some of the changes made based on the McLaren drivers' feedback.

The Ford engine in one of the McLaren MP4-8 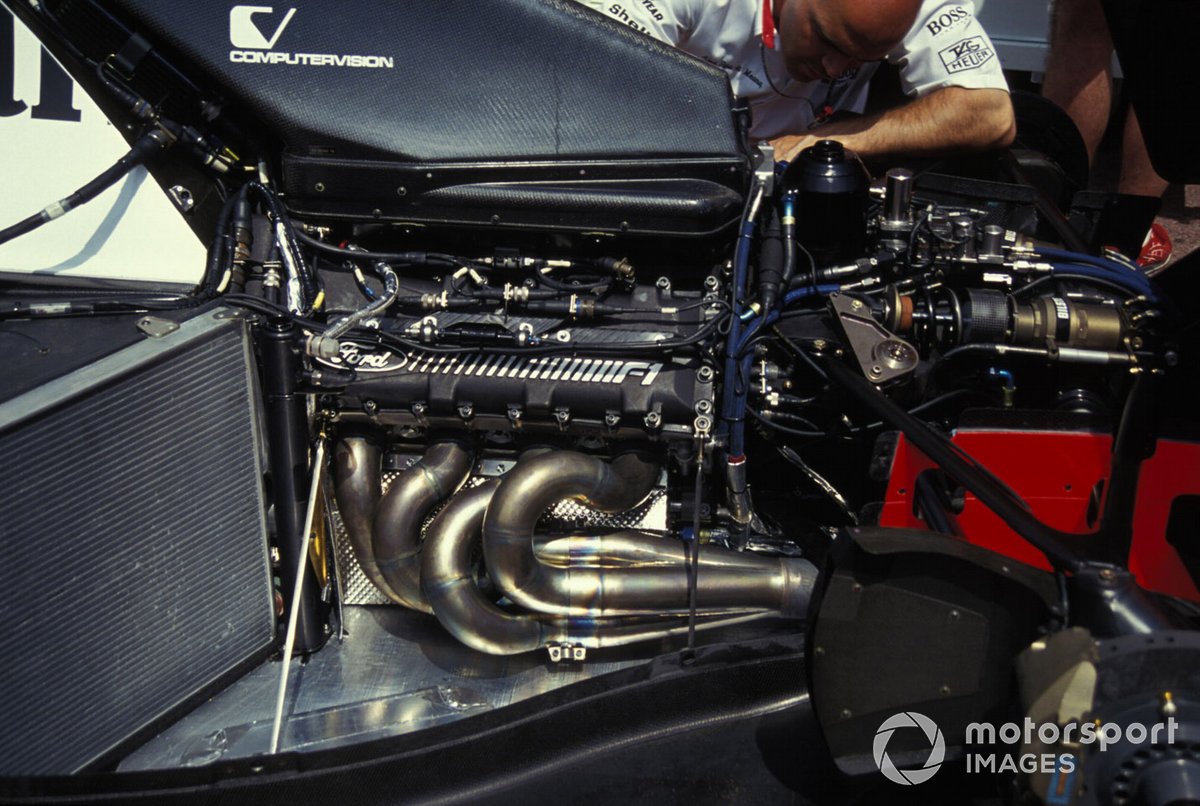 4/6
Following Honda's withdrawal from the sport, McLaren was forced to find another engine and settled on the Ford V8 but knew it lacked the gusto required to keep up with the Renault and Ferrari alternatives.

Peugeot engine and exhaust in a McLaren MP4-9 Peugeot 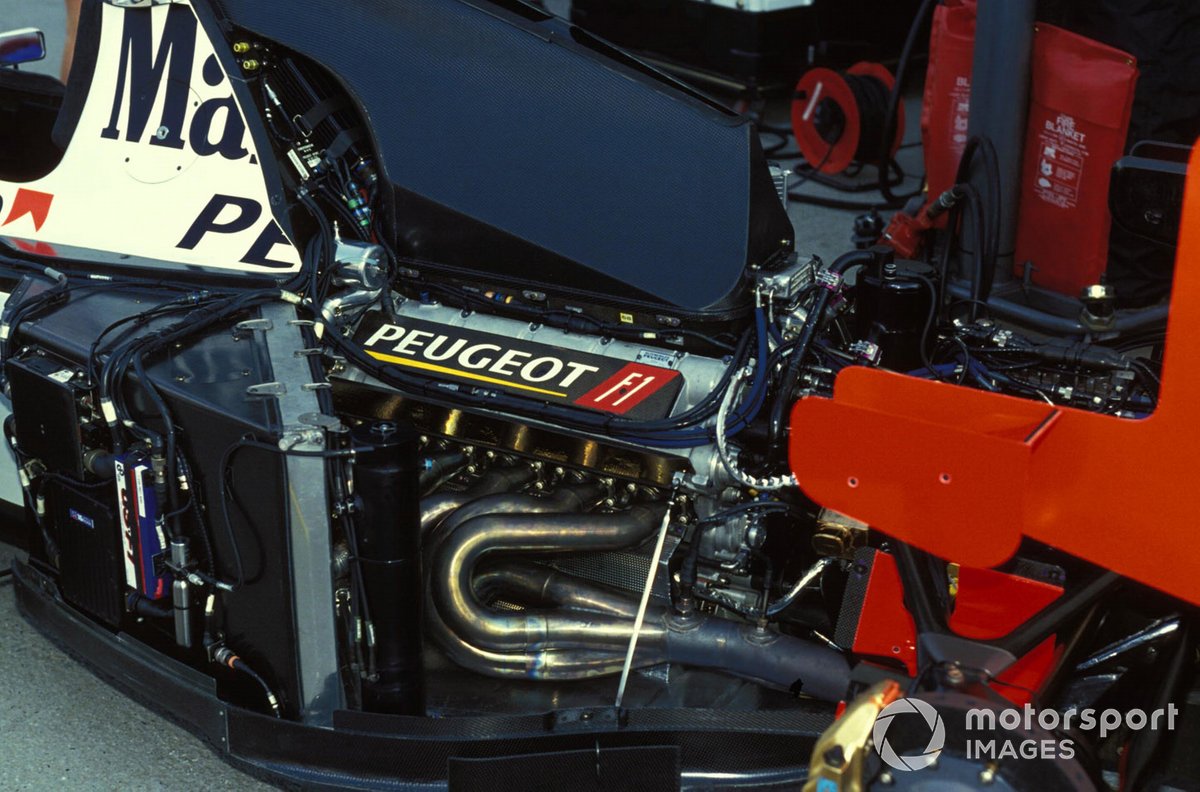 5/6
In search of an engine deal that could propel it back into the big time, McLaren sidled up to Peugeot for 1994. 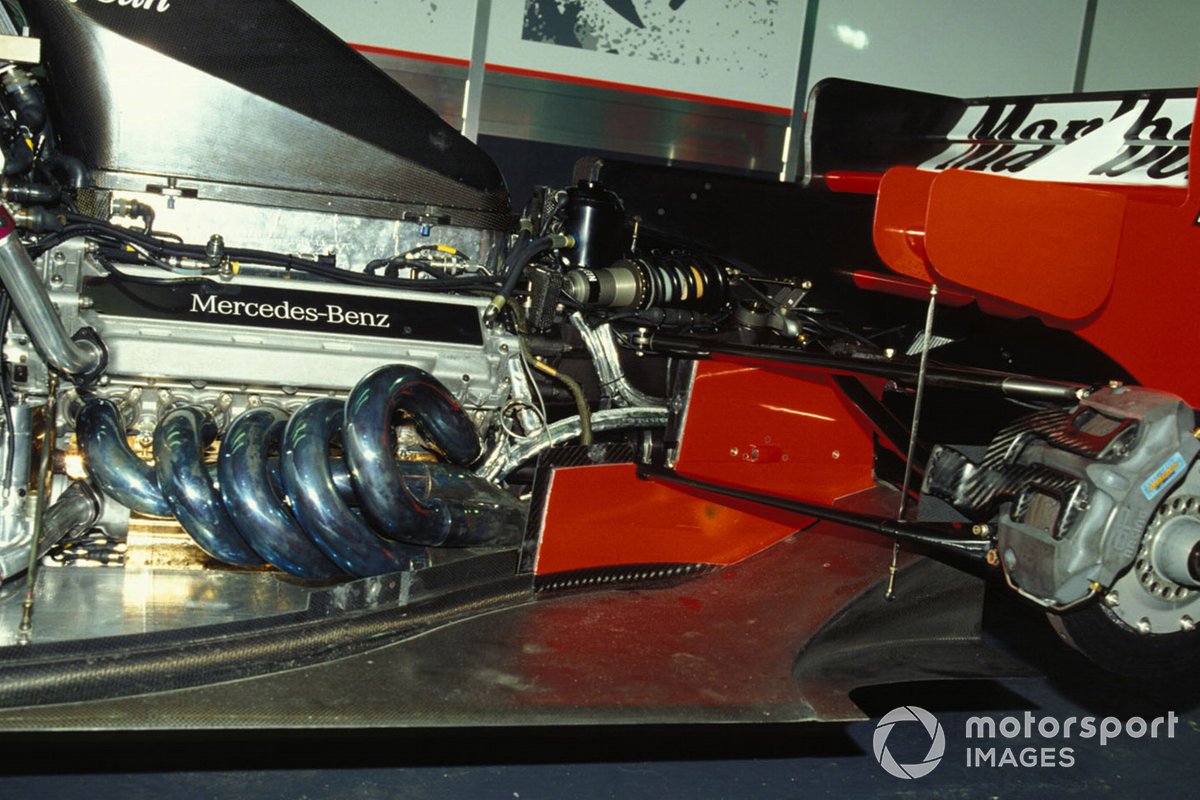 6/6
For the fourth year in a row McLaren would start the season with a different engine, but this time with Mercedes onboard, it hoped it wouldn't need to search for a new partner anytime soon.

Continuity of engine supply was just one of McLaren's problems though, as the MP4/10 was not a chassis that could deliver the necessary performance needed for the team or Mansell to challenge at the front.

This paled into insignificance compared with its biggest issue - Mansell hadn't got enough room in the narrow cockpit. In fact, such were his problems that he couldn't drive the car for more than a few laps at a time.

Mark Blundell was drafted in and took over driving duties while the team prepared a new monocoque for Mansell, one that could accommodate his wheel wrestling style.

It was not necessarily just his frame that was the issue, rather the way he drove the car, needing more elbow room to exploit his upper body strength. 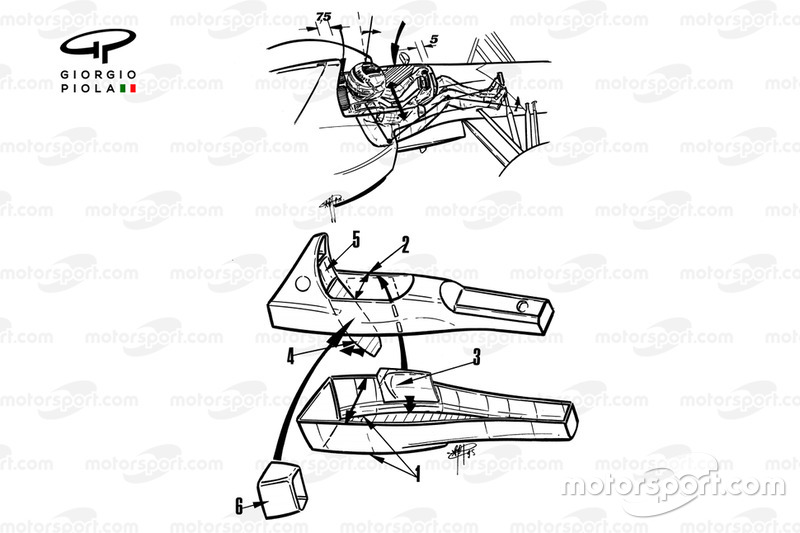 The changes required to put Mansell behind the wheel were no easy feat for McLaren, with the chassis needing numerous alterations to widen the sections where he needed more room.

The MP4-10B was ready after just two races though, with Mansell able to clamber behind the wheel in San Marino.

He had hoped that the changes to accommodate him might too have had a bearing on the performance of the car but alas they were not.

Even with more room in the cockpit and more freedom to express his driving style, he could not overcome some of the car's inbuilt idiosyncrasies, and knew that forcing development to fix these issues would only make life worse for McLaren.

Mansell's greatest victories had come when allied to a car that provided the type of front-end behaviour that matched his wheel wrestling style.

He'd brake deep into a corner and rotate the car in one big motion, but the MP4-10 simply wouldn't behave in that manner and was more sympathetic to a driver who liked understeer.

Hakkinen, his younger teammate, was more prepared to drive around this issue, as the timesheet proved. But Mansell was at a point in his career where he knew that even if he changed his style to suit, he'd still be off the pace compared to the leading teams. 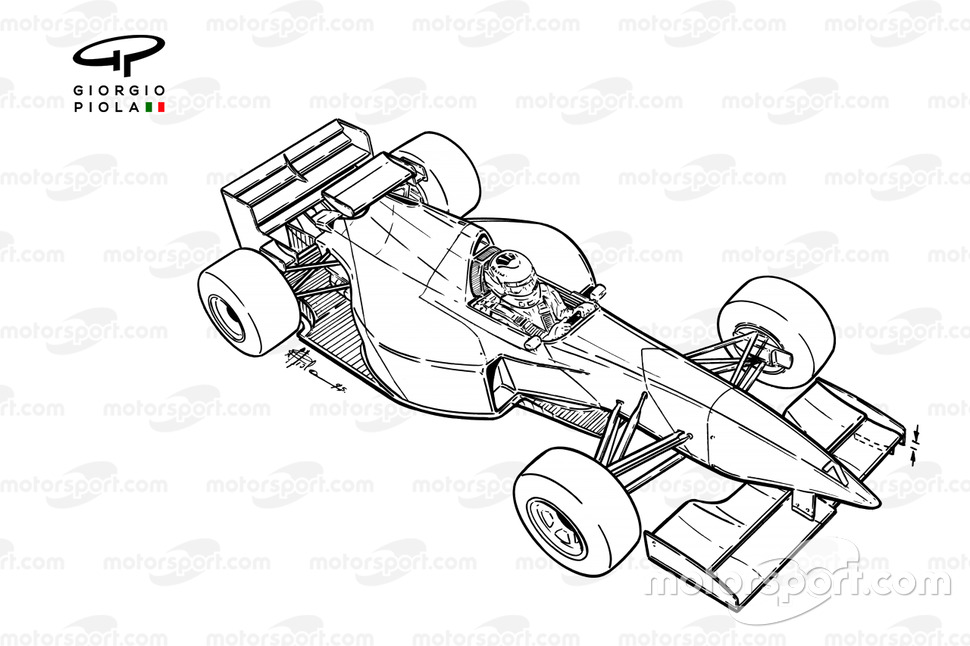 The car had a number of distinctive features that set it apart from the opposition, none more so than the team's mid wing, balanced atop the engine cover and just behind the opening that all teams were required to have around the airbox to lessen the output of their engines.

The team also had a very different looking nose, with a high needle-style arrangement that it hoped would help to drive airflow under the car and power the floor, which now featured the step plane and plank, following on from the events of 1994.

In the end though, Mansell knew that the MP4-10 was not even close to being a car that would propel him towards another title. His last hurrah would end in retirement, as at the Spanish GP he returned to the pits convinced that something on the car was broken, such was the manner in which it was behaving on track.

It was a cruel end to a fine career that had delivered a drivers' title and 31 race victories.