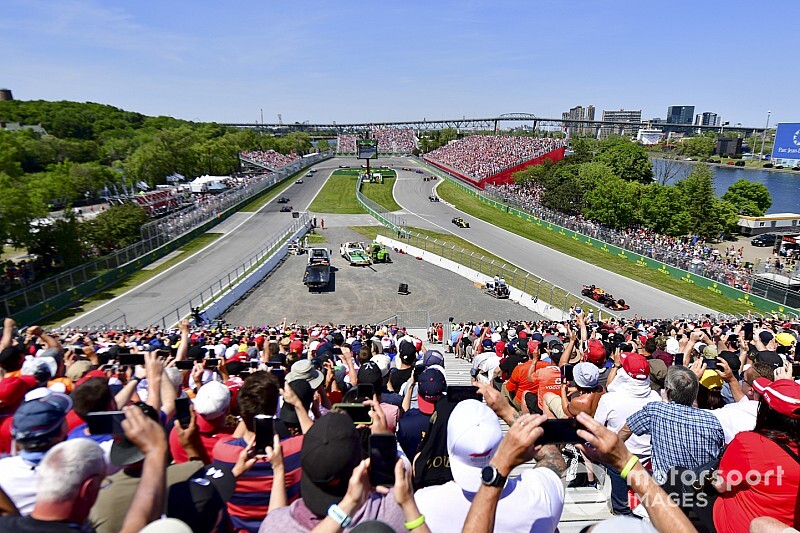 The Canadian GP has officially joined the list of postponed 2020 F1 races as the COVID-19 crisis continues to impact sport worldwide.

Scheduled for June 14th, the Montreal event is the ninth to be lost thus far, putting the French GP on June 28th on the bubble as the first race of this year’s World Championship.

Although it was supposed to be held only a week after the Azerbaijan GP, which was postponed on March 23rd, Montreal had extra time to make a decision, because it is requires less preparation than a street track.

A new date is being sought, with sources suggesting that it could be later in the summer.

In a statement the race organisers emphasised that the local authorities had played a key role in the thought process: “This postponement was not a decision that was taken lightly or easily.

“Over the past month, we have been in constant communication with Formula 1 and representatives from the city of Montreal, Tourism Montreal and both provincial and federal governments.

“We have heard the directives issued by public health officials and as a direct result of the COVID-19 pandemic are following the expert guidance provided by the authorities.

“Our thoughts and most sincere thanks go to the men and women working tirelessly to keep us healthy, safe and fed during these uncertain times.”

F1 CEO Chase Carey stressed that a new date will be found for the race.

“We have been working closely with our friends at the Canadian Grand Prix over the past few weeks and support them in taking this necessary decision to ensure the safety of fans and the F1 community,” he said.

“We always look forward to travelling to the incredible city of Montreal and while we will all have to wait a bit longer, we will put on a great show when we arrive later this year.”

“I am proud to see how such wonderful initiatives and technical advancements stemming from Formula 1 are being applied in a time of crisis,” he said. “At the moment it is crucial that all of our energies be put together to overcome COVID-19.

“We will welcome you with open arms at Circuit Gilles Villeneuve as soon as it is safe to do so.’’

Last month Dumontier told Motorsport.com that if postponed the race could not be held later than mid-October, due to weather considerations.