Calderon in line for F1 running in new Sauber role 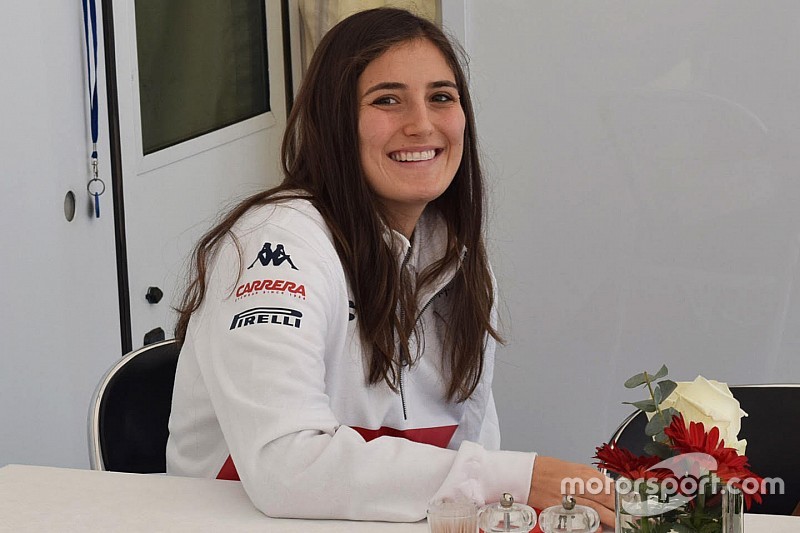 GP3 racer Tatiana Calderon is set to test a Formula 1 car for the first time this year as part of an expanded role with the Sauber team.

Calderon, 24, was named Sauber development driver last year, although her role was restricted to simulator work which she combined with her GP3 duties with DAMS.

It has been an announced that the Colombian will continue with the Swiss outfit in 2018 as test driver, although the precise details of her programme have yet to be defined.

The team said she will be "completing simulator training sessions and coaching with engineers both on-site during several GP weekends".

Calderon confirmed she would get some running in a non-current F1 car, saying: "I will test a F1 car, a former F1 car. The details we are still finalising.

"But I think it’s also in my hands to show the team I’m capable of taking more steps and we’ll see what the future holds. I want to give my best to keep opening these doors."

Calderon will combine her new Sauber F1 role with a third season of GP3 with the Jenzer Motorsport team, having finished 18th in last year's standings.

She concluded last month's opening test of the pre-season at Paul Ricard with the fifth-fastest time.

Team boss Frederic Vasseur added: "We are very pleased to continue our collaboration with Tatiana Calderon as our test driver.

"Tatiana is a very hard-working person, who has impressed the team with her focus and dedication. She has made good progress as a driver, developing both her mental and physical capacities continuously over the past few years.

"We look forward to having Tatiana on board for our first chapter as the Alfa Romeo Sauber F1 team."