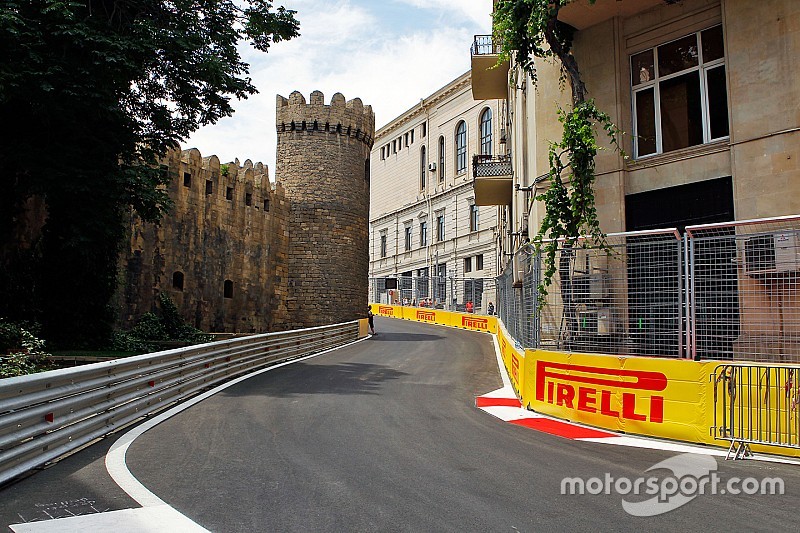 Jenson Button fears that Formula 1 has gone backwards in its quest for ever-improved safety, due to the lack of run-off areas and tricky pitlane entry at the new Baku circuit.

The former world champion has spoken out against what he thinks are insufficient safety provisions at the new street track.

"It is like we have gone backwards in certain areas, I don't know why," explained Button. "Maybe the circuit was supposed to be the other way around…

"It is a shame because a lot of the circuit is good. You look at the condition of everything and it looks good.

"I do like the layout, I think it is exciting in some places but there are just some things that look like they need to be addressed.

"I am sure Charlie [Whiting] will say to me why didn't you speak to me first, but I haven't had the chance to do it and I can't see them changing anything anyway."

As well as his particular worry about the pitlane entry, Button said that the run-off areas at some sections of the track were not good enough, and that F1 found itself in a situation where it had to hope no driver suffered a car failure.

"What I don't like is a few corners," he said. "We worked so hard on safety, improving circuits all the time, and then we come here and Turn 3, Turn 7 and Turn 14 don't have any run-off at all.

"Turn 7 has got three Tecpro barriers and then a concrete barrier at the edge of the circuit. But there is not much you can really do as there is a building in the way. It is a shame really.

"Hopefully they have done their tests. Monaco has not got a lot of run-off, but this is a high speed street circuit. It is not like Monaco."

When told that other drivers had similar concerns, Button said: "You can't move buildings, that is the problem. It is fine as long as no one has a failure – we go away all happy. We just have to hope it doesn't happen."

When asked if Baku should have had a trial or dummy race beforehand to find out potential trouble spots, Button said: "You shouldn't need a dummy race, you still can't tell unless there is an accident. If you've had the accident there is an issue.

"I think as far as I know they do every test possible for safety and the run off areas that you need for each corner – they have done in the past and hopefully they do still do that.

"But the way we've gone with safety, and pushed it, and some of the issues we have had in the past, you would think they would still do that. But it doesn't look like it from some corners, but maybe I am wrong."

Championship leader Nico Rosberg admitted he was likewise concerned about the safety features of the new venue.

"A little bit of a concern, yes, for sure, with those run-offs - two or three that are really not looking good," he conceded.

"So, that's not great and we need to see how it goes - there's that corner, what is it, 14 or something, before going down the hill, where you've got a wall straight on. [And there's] Turn 3 and then the pit entry as well.

Rosberg also suggested that the venue in its current form might not be up to the general safety standards set by the FIA.

"I really trust the FIA to get the job done, they have all the calculations and the simulations, they know exactly the speeds and everything - there's given rules that they have to make tracks.

"I hope that they stuck to them - I'm doubting it a little bit because, looking at those corners... but let's see."

Agreeing with concerns that drivers could be pushing too hard to gain time on pit entry, the German also added that it could lead to a serious shunt.

"There's also a massive accident to be had. If you try and get a second, then you can have a big one."