Button: "A shame" McLaren didn’t hang on with Honda in F1

Jenson Button believes it is "a shame" McLaren didn't continue working with Honda in Formula 1 after seeing the Japanese manufacturer win a world title with Red Bull.

Honda returned to F1 after a six-season absence in 2015 as McLaren's works engine partner, only for the two parties to cut ties after three difficult and unsuccessful years.

An initial deal with Toro Rosso in 2018 paved the way for Honda to link up with Red Bull the following year.

Honda announced in 2020 it would be leaving F1 again at the end of 2021, signing off with Max Verstappen's drivers' championship victory in Abu Dhabi to mark the first Honda-powered title win since 1991.

Button, who is now an expert analyst for Sky Sports F1, raced for McLaren-Honda for the full 2015 and 2016 seasons, during which he finished a race no higher than sixth. Button also drove for Honda's works outfit from 2006-08, scoring the team's final win in 2006, as well as its customer predecessor, BAR.

"I was with them at the start of this [V6 hybrid] project and it wasn't easy for them," Button told Motorsport.com.

"In the hybrid era, they struggled when they first came in. They were obviously a couple of years behind everyone else. [There were] lots of reliability issues.

"And I think it's a shame that McLaren didn't hang on with them. It was very easy for them to point the finger when they weren't competitive and they pointed to the most unreliable part, which was the engine.

"But now moving forward, working with a team like Red Bull and all their experience, it seems that they've found a really good partnership.

"It's nice to see Honda winning again, because their last win before the era with Red Bull was mine in 2006, a long time ago in sport. So it's great to see them winning." 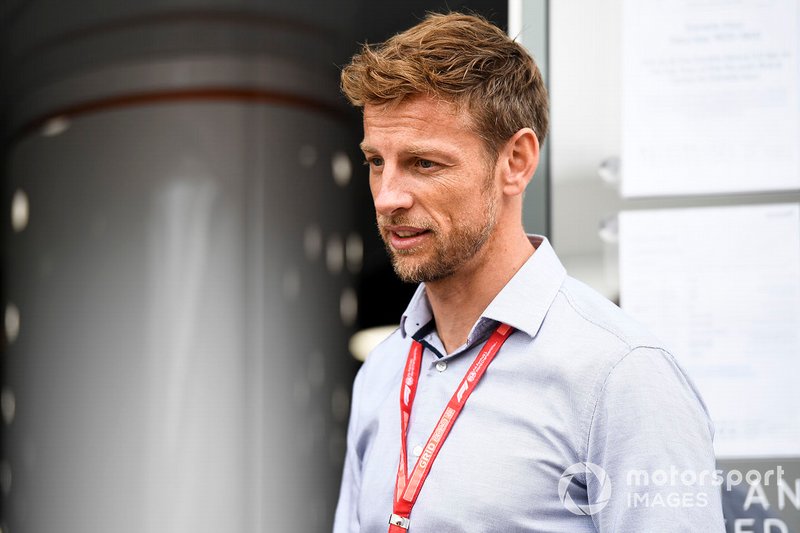 Red Bull will take over the operation of its power units and engines from Honda this year after forming its own Red Bull Powertrains division.

The Red Bull and AlphaTauri teams will continue to enjoy support from Honda for the power unit supply next year before Red Bull Powertrains takes full responsibility for all manufacturing and servicing from 2023.

While Button felt it was a shame to see Honda leaving F1 again, he appreciated the financial reality behind the call.

"They are so passionate about their racing, and it's a shame to see them leaving again," Button said.

"But I kind of have an idea of how much they are spending, and it's a lot of money, so I kind of get why they want to leave. It's time.

"But they've had a fantastic year in the sport and it's lovely for them, because it's not been the easiest ride for them on this journey."