The 24-year-old will continue to work alongside previously confirmed race drivers Sebastian Vettel and Mark Webber.

Red Bull Racing has confirmed that Sébastien Buemi will continue his relationship with Red Bull and Red Bull Racing and remain as the team’s test and reserve driver for 2013.

The 24-year-old will continue to work alongside previously confirmed race drivers Sebastian Vettel and Mark Webber.

Sébastien Buemi said: “I know everyone at Red Bull Racing well and it’s good to remain with the team for another year. Of course my aim is to be driving at the races again, but I am still learning all the time from my work with the team. 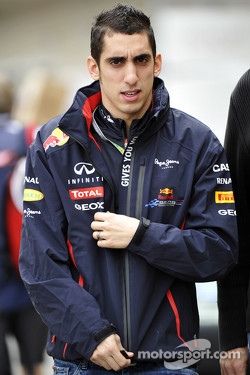 I help with the development of the car and provide feedback throughout the season, both at the factory and at races.”

Christian Horner commented: “We’re pleased that Sébastien has continued as test and reserve driver for the coming season. He joined the Red Bull Junior Team in 2004, has worked with Red Bull Racing in 2008 and 2012 and has significant race experience.

He is an integral member of the team and will complete important simulation work for us throughout the year.”