Ex-Formula 1 driver Martin Brundle believes George Russell needs to be wary of going on the "missing list" when he joins Lewis Hamilton at Mercedes next season.

Russell will leave the Williams team at the end of the current season, having spent his first three years in the sport with the Grove-based outfit.

The Briton will replace Valtteri Bottas alongside seven-time champion Hamilton, who has been with Mercedes since the 2013 season, winning six titles with the team.

Russell raced for Mercedes in the 2020 Sakhir GP when he replaced Hamilton after he tested positive for COVID-19, and the youngster fought for victory until a bad pitstop and a puncture left him out of contention.

While Brundle reckons Russell has enough talent for a Mercedes drive, he warns the spotlight will be "fierce" once he joins the top team and says the British driver will need a strong mindset to cope with being Hamilton's teammate.

"He is confident, and you need to be," Brundle told selected media, including Motorsport.com, about Russell.

"I don't know which other young driver would have coped with Imola, where you throw away, for the second consecutive year, Williams points and wipe out the works Mercedes you're hoping to get in en route with your accident, and then get out and blame that driver, and then get a lift home with Toto [Wolff] on his jet that night.

"So, you know, he is a confident lad.

"I think he's got a nice balance of confidence that stops just short of arrogance. And I think that's exactly where you need to be up against Lewis, who's comfortable, knows Mercedes.

"And he'll need to be good, he'll need a strong head. And I think he'll do just fine. When you're in a second half of the grid team you can sparkle every so often and everybody talks about it, and then you go on the missing list and nobody notices. 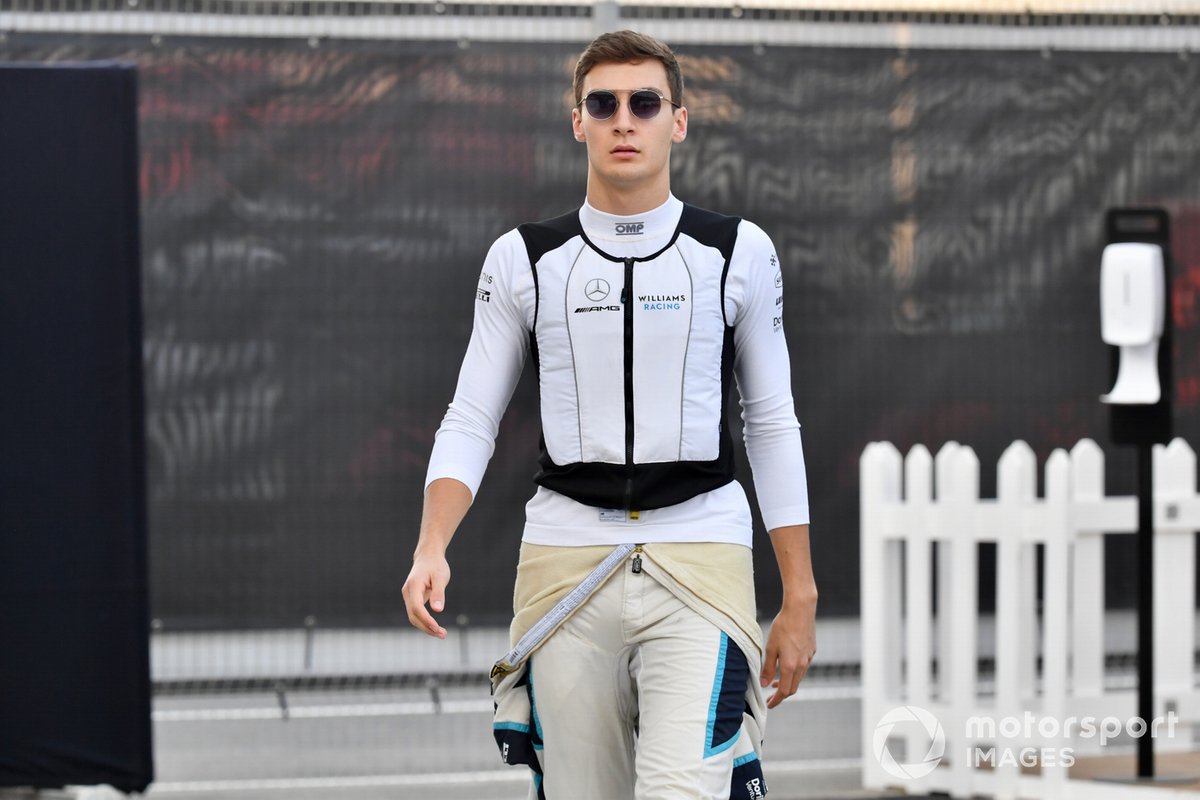 "When you get in a car like that, as Valtteri's found out, you can't ever go on the missing list.

"Everybody notices how you're performing, so the spotlight will be fierce, and you don't really know until you get in that spotlight whether you grow, it's a source of energy, or whether you wither like a flower, and we'll have to wait and see what George does."

Brundle added: "I believe he's got the talent and the confidence to weather the initial how fast is Lewis Hamilton. But you know, it didn't exactly slow him down when he got in the car in Bahrain, did it?

"So no, I don't fear for George. I think he's good enough and talented enough and confident enough to cope with that. But it won't be easy."