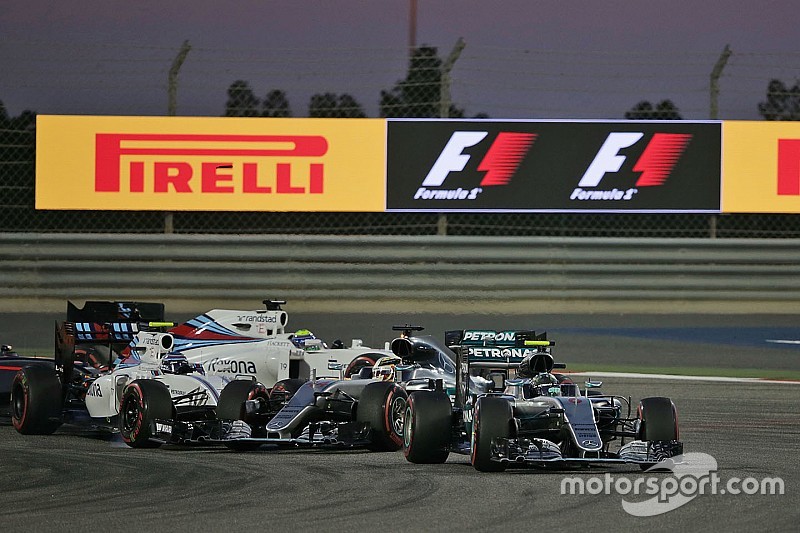 Formula 1 driver-turned-top-TV expert Martin Brundle believes Valtteri Bottas will rise to the challenge of replacing Nico Rosberg at Mercedes in 2017 – but wonders if the world champion’s shock retirement might leave lasting damage at the team.

Speaking at the Autosport International show in Birmingham, Brundle believes Mercedes is making the right short-term choice to sign Bottas for 2017.

But he is also intrigued by what might happen at the end of this season – when the current contracts of Sebastian Vettel at Ferrari and Fernando Alonso at McLaren come to an end.

“It has left Mercedes in a very difficult position,” said Brundle of finding its long-term Rosberg replacement at such short notice. “And it might actually affect them for a couple of seasons.

“But where it gets really exciting is at the end of this season, when so many top drivers are out of contract.

“We know Valtteri Bottas has got the speed, but it’s a different story when you turn up in a car where winning races and a world championship is expected, not a wish, not a maybe, not a lucky day. There’s nowhere to run and hide, the spotlight is ever stronger.

“I think Valtteri has got the speed and mental capacity to handle that.”

On how Lewis Hamilton will adapt to having a new teammate, he said: “Lewis is kinda ‘Bring it on’ isn’t he? Bring on whoever you like, I think I’ll be faster than them.

“But I think he’d be a bit edgy if it was Fernando Alonso or Sebastian Vettel.”

Brundle admitted that he remains shocked by Rosberg’s decision to retire from F1 at the age of 31, just weeks after clinching his first world title.

“You could have knocked me over with a feather,” said Brundle. “I didn’t believe it – Alex, my boy, sent me a text and I thought he was joking or it was April 1st. I still don’t understand it.

“I admire that Nico had the courage of his convictions to say ‘This is the high point, I’m going to jump off now because I’ve achieved everything I wanted to’. It’s a bold and brave decision in that respect.

“But where’s the passion, where’s the commitment, to show the world again you’re the best in this amazing car, this amazing team? Most of us [drivers] would have given anything to drive that car for just one season in our careers.

“If you do get to the peak, enjoy the view and the jubilation of descent – don’t take the lift down or the first emergency exit!

“I don’t get it. But full respect to him, and you can’t question that, it’s his decision. But that doesn’t mean I understand it.”

Insight: The Start of a pivotal fortnight for the future of Formula 1