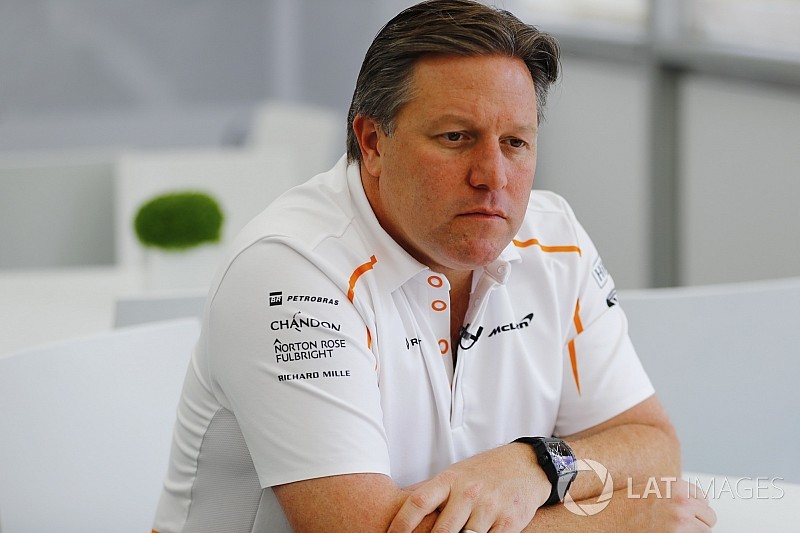 Zak Brown has become the McLaren Formula 1 team’s new CEO, as part of an operational restructure of the outfit’s parent company.

The Woking-based outfit announced on Tuesday that the McLaren Group was now being split into three clear divisions – McLaren Applied Technologies, McLaren Automotive and McLaren Racing.

Previously, there had been two sides to the company - McLaren Automotive and the McLaren Technology Group, which comprised Racing, Applied Technologies and Marketing.

The decision to simplify the structure has allowed the team to appoint a more defined management structure to help deal better with future growth.

Jonathan Neale becomes COO of the McLaren Group, while Brown has become CEO of McLaren Racing after previously being its executive director.

Shaikh Mohammed bin Essa Al Khalifa, McLaren Group Executive Chairman, explained: “The work of the past year at a corporate level has been focused on structuring and positioning McLaren for growth.

“These latest developments are a natural consequence of that work and are designed to bring greater simplicity and clarity to the structure and leadership of the group.”