McLaren CEO Zak Brown says he hopes "three to four cars" will be able to compete for the 2022 Formula 1 world championship until the last race.

Last year F1 enjoyed its most intense title finale since 2016, and its first true inter-team battle in a decade when Red Bull's Max Verstappen and Mercedes driver Lewis Hamilton fought over the drivers' championship until a gripping season finale in Abu Dhabi - which went Verstappen's way in dramatic circumstances.

The Verstappen-Hamilton duel reinvigorated the series after years of Mercedes dominance, with question marks now over whether the technical regulations reset for 2022 will keep F1's two leading teams ahead of the pack, or whether the midfield competition can use the new rules package to catch up.

Some observers fear that the first year of new regulations will increase the gaps between the teams as some outfits hit the ground running more than others.

With a trick diffuser Brawn GP dominated the early stages of 2009 after a similar regulation revamp, while Mercedes leaped ahead with its power unit at the start of the hybrid era in 2014.

However, McLaren CEO Brown says he would be "very surprised" iof 2022 ends up being a season dominated by one runaway team.

"I'd be very surprised if next year was a boring campaign with the new cars," Brown said.

"I think you'll get some winners and losers and some surprises. I'd be surprised if there was dominance.

"You could get a team who is maybe dominant for a small period of time like Brawn was when they figured out something in 2009.

"But I think with the cost cap now in place, you can feel the tension that is put on the teams who stopped developing this car in expensive of next year, etc.

"I'd be surprised if the field didn't continue to get closer." 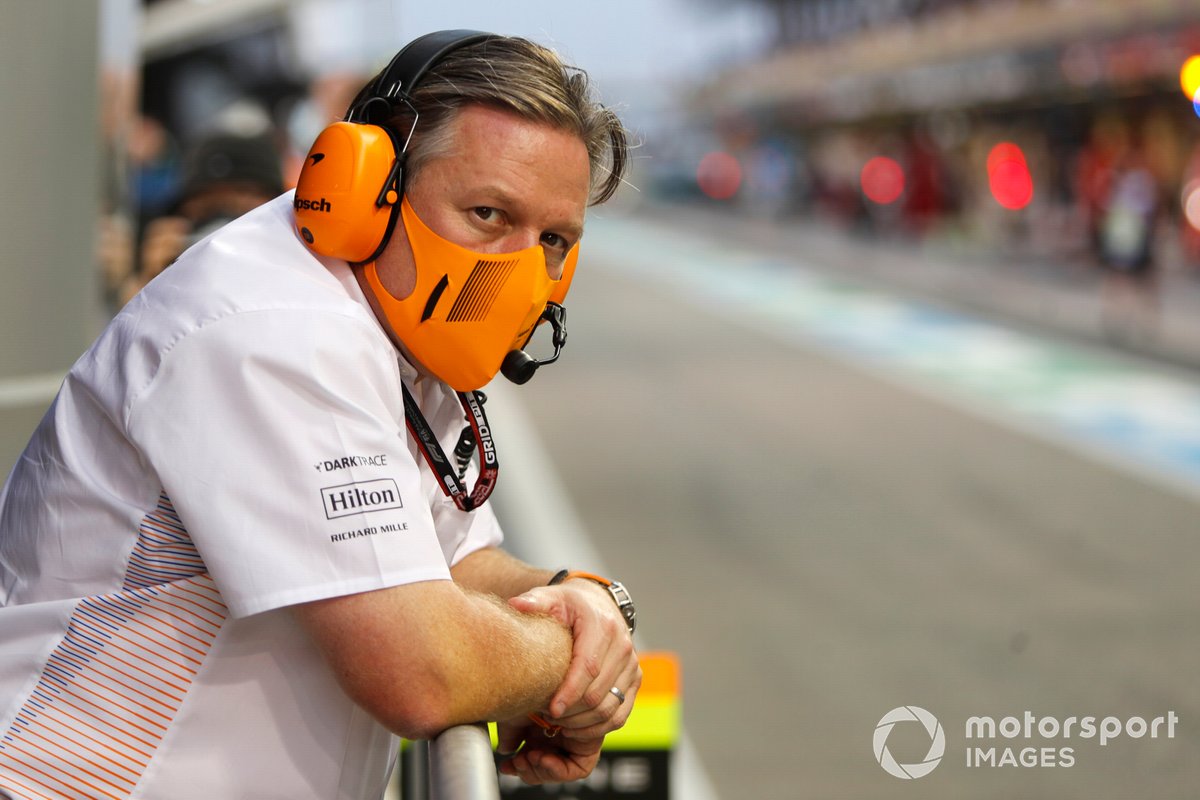 While Red Bull and Mercedes were squabbling on and off the track over both world championships, Brown's McLaren also fought out an enjoyable battle with Ferrari over third, which went the Scuderia's way.

Along the way, McLaren managed to win its first race in nine years thanks to Daniel Ricciardo's Monza victory, while fifth-placed Alpine also snatched a maiden win for Esteban Ocon in Hungary.

Brown hopes 2022 will see a battle between "three or four cars" who can compete for the world title until the end and thinks the more restrictive nature of the regulations, which are also set to promote closer racing, will have a positive effect on the sport.

"My hopes are that we go into Abu Dhabi next year with three or four cars who can compete for the championship, I think that's the ultimate goal," he added.

"I think this year has been spectacular, up and down the grid, and I hope with what has been put in place and the new car designs, and the intent of the new aerodynamic package, that what we're seeing now is just a taste of the future."