McLaren Formula 1 CEO Zak Brown says 2021 was a "very successful year" for the Woking outfit despite falling to fourth in the constructors' championship behind Ferrari.

McLaren continued its resurgence in 2020 by claiming third in the championship and scoring two podiums with Lando Norris and Carlos Sainz but couldn't hang onto that position in 2021 as Ferrari swung back after several lean years of its own.

But despite dropping a position in the championship, CEO Brown thinks 2021 was still a landmark year for the Woking team, and not just because of Daniel Ricciardo's shock win in Monza, McLaren's first grand prix victory in nine long years.

"This year we wanted to close the gap to the front, and we've done that," Brown said at an end-of-year roundtable.

"We've scored more points per race than we did last year, we had more podiums than last year, we got our great 1-2 at Monza, we had our pole in Russia.

"Unfortunately, we slipped to fourth. I think that shows the nature of how competitive this sport is.

"Pitstops are much, much improved. Everything that we set out at the beginning of the season to continue to get towards the front, we've hit every single one of those KPIs that we set out other than the constructors' championship.

"I think we need to look back on the year and see it as a very successful year and continue to build on that on our journey to hopefully get back to competing for the world championship in a few years' time." 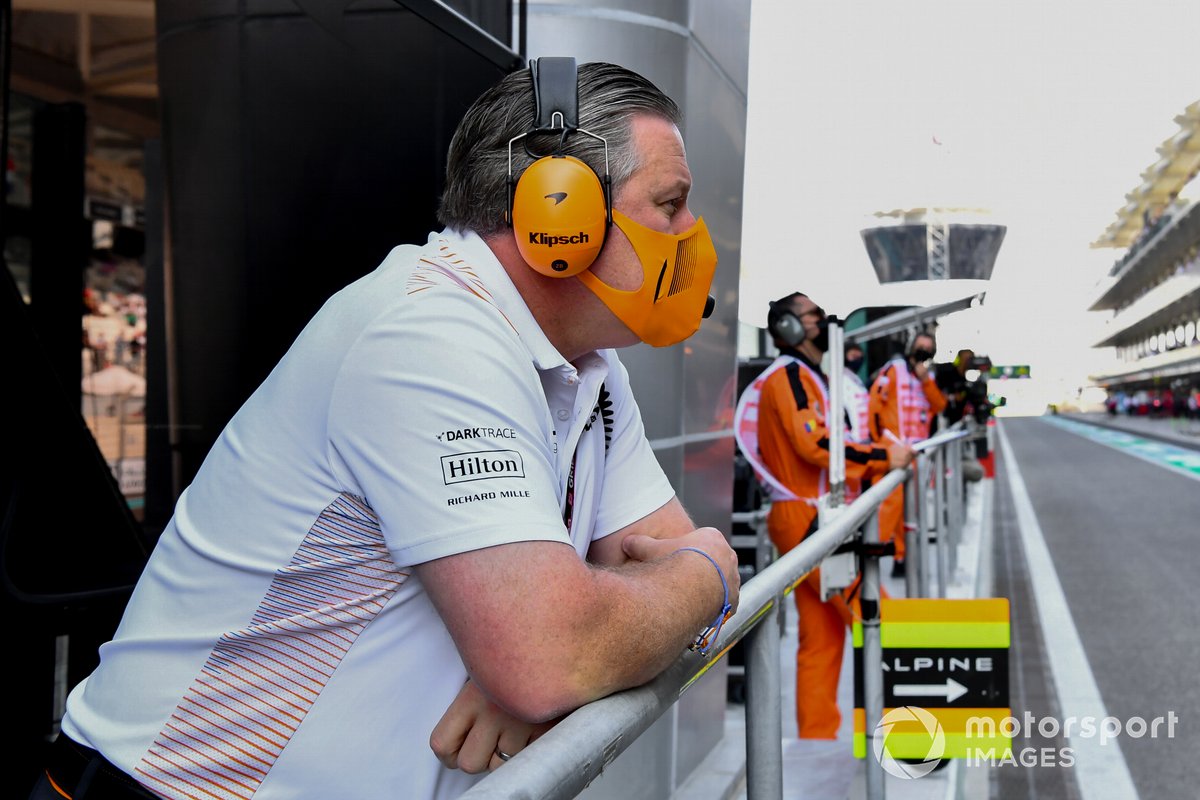 Off the track, the team also found stability, the McLaren Group raising £550m of fresh investment over the summer after being hit by severe financial woes during the pandemic.

The equity raise followed a sale and leaseback of its McLaren Technology Centre in Woking and, in late 2020, the sale of 15% of the race team to US sports investment group MSP Sport Capital.

That financial boost allows McLaren to run at F1's budget cap and invest in its ageing infrastructure. A new wind tunnel is one of several planned upgrades currently under construction, although McLaren will only be able to start reaping the benefits of its investment plan on the long term.

"I think we're definitely on track in every aspect," Brown commented. "We've got all the people in place, they're all very much committed and signed up for the long term, whether that's racing car drivers or team principals or engineers or car designers. I'm really happy with our people, which is what is first and foremost important.

"As everyone knows, we had challenges last year financially and those have all been resolved. We're now deploying maximum resources to get caught up on our technical infrastructure and we're running at the budget cap, the wind tunnel is under heavy construction as we speak, we've got new engineering trucks, we've got a new simulator coming. We've got lots of investment, so we're financially very healthy, so that's all behind us.

"And then this year on-track, we just want to continue each year until we have our infrastructure in place, which unfortunately really won't be until the '24 season, because our wind tunnel will be online in another 18 months, and that's when you start developing the '24 car.

"We'll make the best with what we have until '24, when we can say we've got everything that we need."