Brivio: Talking with Alonso no different to MotoGP champion Mir

By:
Oriol Puigdemont
Co-author:
Lewis Duncan
Listen to this article

Brivio – who helmed Suzuki from 2013 to 2020 – guided the Japanese marque to its MotoGP world title in two decades last year, with Mir leading the charge.

In January, Brivio made the shock announcement he had quit Suzuki to join the rebranded Alpine squad in F1 as its racing director for this year, overseeing Alonso and Esteban Ocon.

Brivio is no stranger to working with superstars, having worked with Valentino Rossi from 2004 through to 2013 – but double F1 world champion Alonso does have a reputation as a volatile character.

This is in stark contrast to Mir, whom Brivio signed straight from Moto2 in 2019, with the Italian admitting his relationship with both Mir and Alonso in terms of how it operates is very similar.

Speaking exclusively to Motorsport.com, Brivio said: "Talking with Mir or [Alex] Rins, and doing it with Fernando is not very different.

"The relationship that someone like me, who is not an engineer and does not focus on technical or set-up issues, can have with the drivers is very similar in all cases.

"In my role, the relationship with the pilot is based on listening to him and trying to make sure that he is in the best possible predisposition to offer his best version. 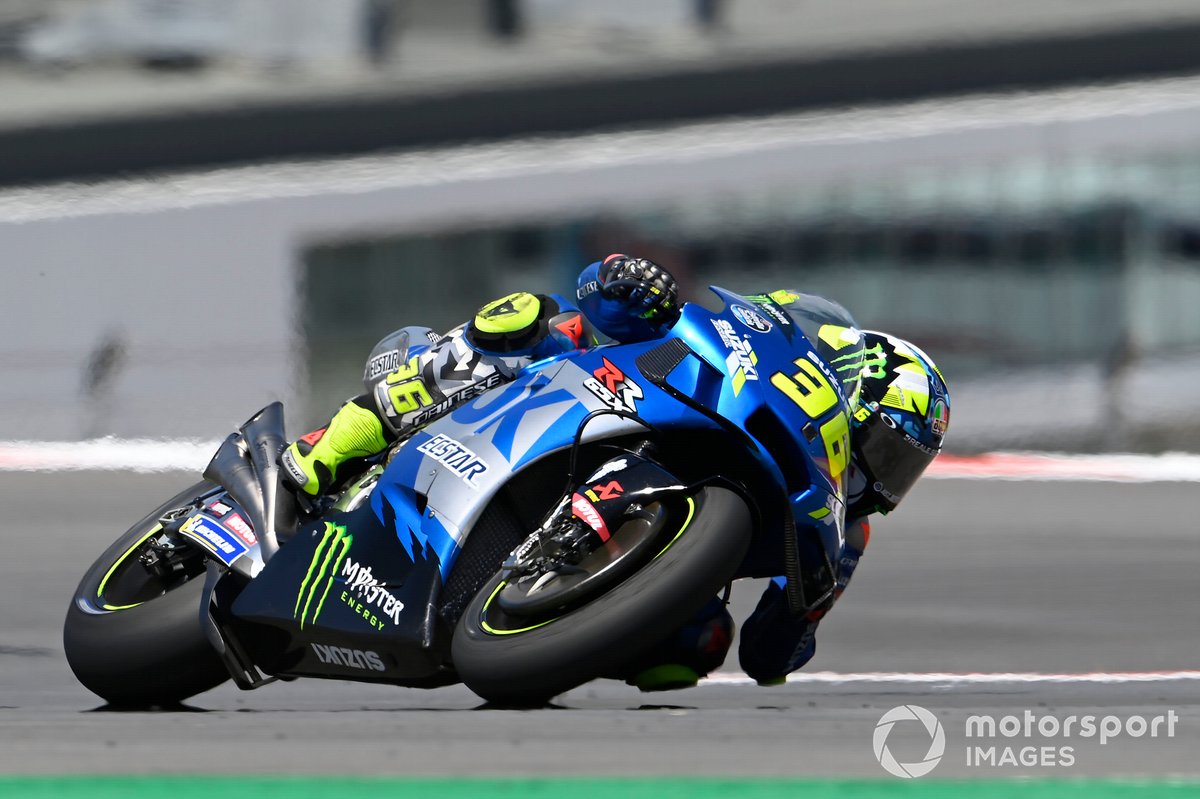 "We are talking about an athlete, so from this point of view there are hardly any differences between whether he drives a motorcycle or a car."

Suzuki has elected against seeking out a direct replacement for Brivio this year, instead forming a management committee of seven high-profile figures from the race team to carry out Brivio's role.

The start to its title defence hasn't been the easiest, with Joan Mir scoring Suzuki's only podium so far after finishing third in the Portuguese Grand Prix. Teammate Alex Rins was on course for a podium, but crashed out of second while battling for the win with Yamaha's Fabio Quartararo.

Rins recently told Motorsport.com, having received criticism for his crash, that he was "not an idiot" and would have backed off if he felt he was on the limit during the Portimao race.

Alpine currently sits seventh in the F1 constructors' standings after Ocon led Alonso home in ninth and 10th for the team's first points of 2021 at the Emilia Romagna GP.

Honda to keep up engine development work for Red Bull