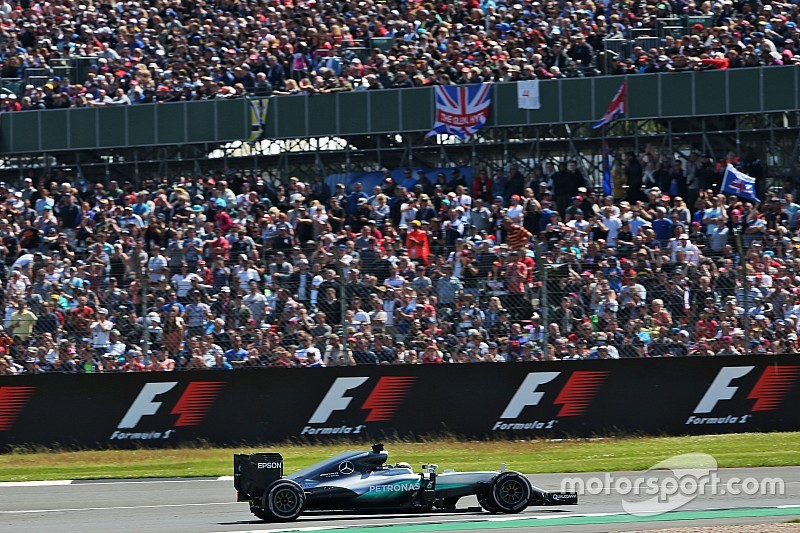 Silverstone’s owners, the British Racing Drivers’ Club, have triggered the break clause in their contract to host the British Grand Prix.

The move means that under current terms, the final race at the venue will take place in 2019.

After months of deliberation, the BRDC felt that it could not afford to keep the race going because it was certain to lose money in the future.

That is because of a 5 percent escalator fee that British GP chiefs were supposed to pay – meaning the rights fee had jumped from an original £11.5 million in 2010 to £16.2 million in 2017.

By 2026, which was supposed to be the final year of the contract, the fee would be £25 million.

John Grant, Chairman of the British Racing Drivers’ Club, said: “This decision has been taken because it is not financially viable for us to deliver the British Grand Prix under the terms of our current contract. We sustained losses of £2.8m in 2015 and £4.8m in 2016, and we expect to lose a similar amount this year.

“We have reached the tipping point where we can no longer let our passion for the sport rule our heads. It would not only risk the very future of Silverstone and the BRDC, but also the British motorsport community that depends on us.

“However, I want to be clear that although we have now activated the break clause, we are fully supportive of the changes the Liberty team are making to improve the F1 experience.

"Our hope is that an agreement can still be reached, so that we can ensure a sustainable and financially viable future for the British Grand Prix at Silverstone for many years to come.”

The BRDC hopes that by cancelling the contract it can come to a fresh agreement with F1’s new owners Liberty Media to secure the future of the race beyond 2019.

Silverstone could have "bright future" without F1

Referring to Silverstone as "the only viable venue for the British GP", Grant said that the initial deal, signed in the last decade, has had "widely reported" issues.

"The challenges associated with the contract signed in 2009 with the then owners of Formula 1 have been well documented," Grant said.

"Looking back, the decision to sign this contract was made to preserve the British Grand Prix and ensure this great, historic race was not lost.

"This was the only deal on the table at the time and the decision was taken to keep the British Grand Prix alive.

"But the reality is that for many years the British Grand Prix has made a net loss.

"Despite being the most popular weekend sporting event in the UK – with a live audience of over 350,000 attendees - the net revenue we receive is not enough to cover the Grand Prix’s share of our overhead costs, let alone turn a profit."

Grant warned in the statement that Silverstone could have a "bright future" without Formula 1 if a new deal isn't reached, but stressed that a split with F1 would have far-reaching consequences for the area.

"While we would hate to lose the British Grand Prix, Silverstone will have a bright future without it – both commercially and in terms of continuing to serve as the heart of the British motor racing community.

"But losing the British Grand Prix would have a negative impact that is felt far beyond Formula 1 and Silverstone.

"Seven out of the 10 F1 teams are based in the UK – many close to Silverstone. This brings vital jobs to the country, as well as having a positive impact on the local communities and economy.

"There’s a good reason why the area around Silverstone is known as the 'Silicon Valley of motor sport'. Take away the British Grand Prix and this is all placed at risk."