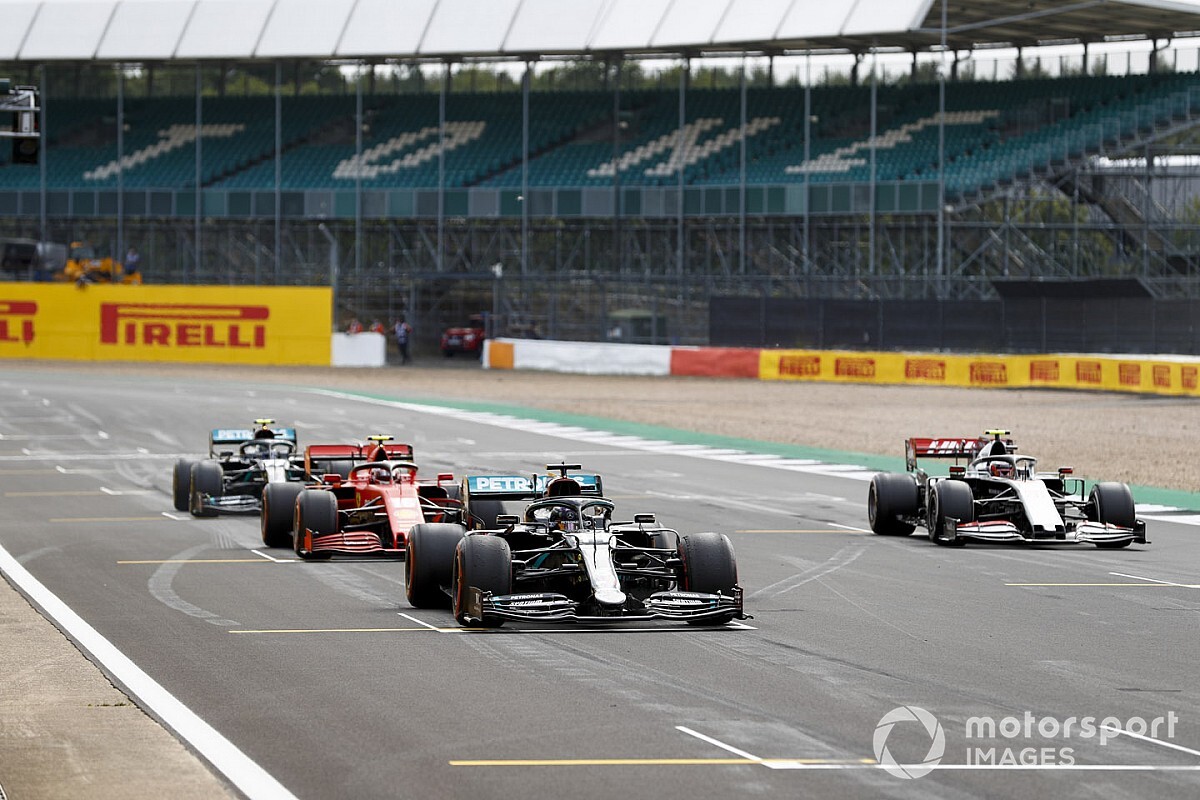 Silverstone will host the fourth round of the 2020 Formula 1 season on August 2. Here's how you can watch the British Grand Prix in your country.

Mercedes, Red Bull and Racing Point are likely to be the primary contenders for victory this weekend, based on their form in practice and the opening three races of the season.

Mercedes' Lewis Hamilton will start the race from pole position, ahead of teammate Valtteri Bottas. Red Bull's Max Verstappen and the Ferrari of Charles Leclerc will share the second row of the grid.

Racing Point has replaced Sergio Perez with Nico Hulkenberg for the race after the Mexican driver tested positive for coronavirus on Thursday.

Hulkenberg, returning to F1 after being dropped by Renault at the end of 2019, was up to pace immediately, setting the seventh fastest lap time in FP2.

The German driver is still chasing a maiden podium in F1, despite making 177 starts since his debut with Williams in 2010.

When is the Formula 1 British Grand Prix?

Located in the motorsport valley, 125 miles north-west of London, Silverstone will host the British Grand Prix on August 2.

How can I watch the British Grand Prix?

The British Grand Prix will be broadcast live in nearly every country around the world.

North America: The British GP will be broadcast in the US on ESPN, in Mexico on Tudn and in Canada on TSN/RDS.

Oceanica: Fox Sports 506 will bring live coverage from Silverstone to viewers in Australia. Spark Sport will show the race in New Zealand.

Can I stream the British Grand Prix?

The temperature is expected to hover between 11C and 22C at Silverstone on Sunday.