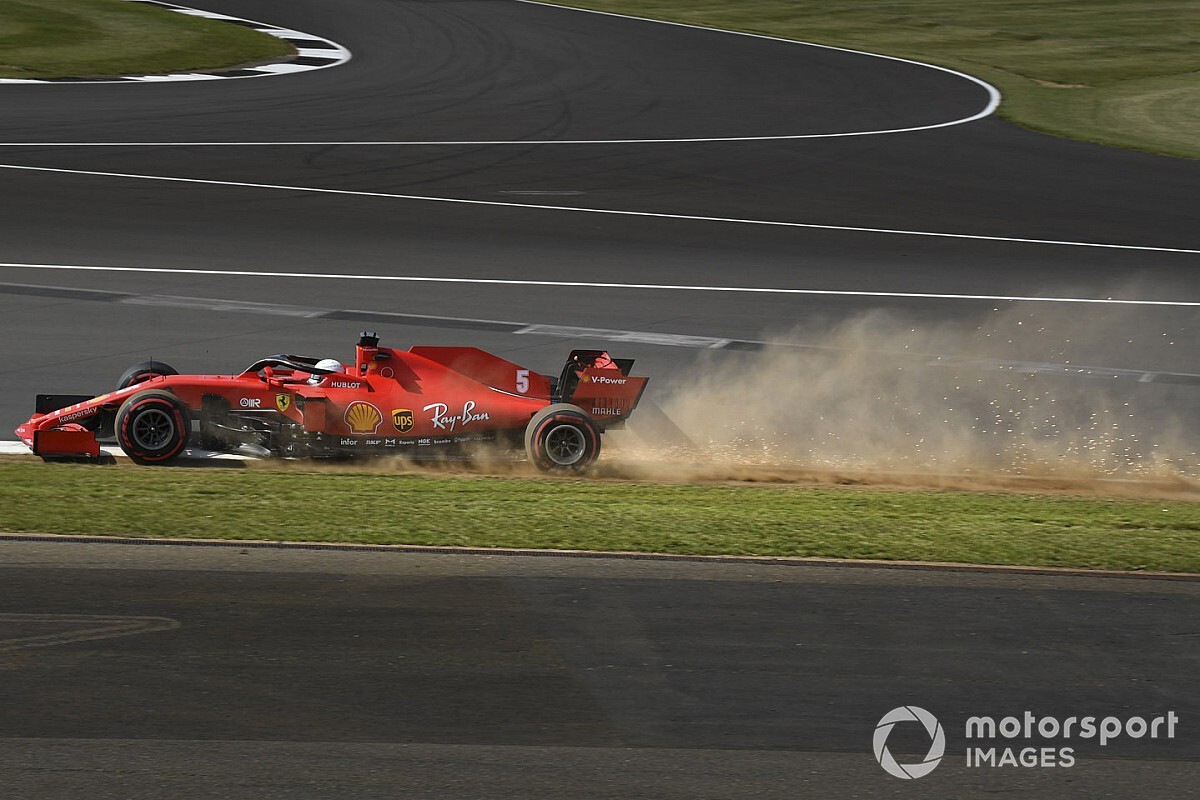 Ferrari was left struggling for pace over its race runs during practice for the British Grand Prix after taking a “radical approach” with its downforce level, according to Charles Leclerc.

Ferrari has made a difficult start to the 2020 Formula 1 season after a lack of performance with its SF1000 car, leaving it fifth in the constructors’ standings.

Leclerc said on Thursday that Ferrari was braced for “two difficult weekends” at Silverstone, but managed to finish fourth in second practice for the British Grand Prix on Friday. While he was happy with his single-lap pace through practice, he explained that Ferrari was struggling over the long runs after taking a radical approach to the downforce levels it used on the car.

“The race pace we have been struggling massively, so we definitely need to work on that,” said Leclerc. “The quali pace is a bit better than what we expected to be honest. This is good.

“We’ve taken quite a radical approach with our downforce level, so it seems to pay off in quali, but it doesn’t in the race, so we need to analyse the data, and see what we’ll have to do tomorrow. We can still change quite a lot of things, so we’ll try to understand what we can change to maybe sacrifice a bit more the quali pace to be better in the race.”

Asked how hard the race would be judging by Ferrari’s Friday form, Leclerc replied: “The balance was extremely hard to drive and very, very difficult not to do a mistake. We definitely need to change something on that. Otherwise doing that many laps during the race with this balance will be a huge challenge.”

Leclerc was left as the sole Ferrari driver for much of Friday’s running after teammate Sebastian Vettel was hindered by numerous issues throughout the day. An intercooler problem meant the four-time champion could only complete two installation laps in first practice, before a brake pedal problem limited his running in the afternoon session.

“It was a disrupted day,” admitted Vettel. “We had an issue with the brake pedal and we had to stop and fix that, so a bit difficult to get into a rhythm. I think overall, still little bits to learn from and take away for tomorrow. I think we need to improve the car. We’ll see where we are tomorrow.”

The track temperature exceeded 45ºC in both practice sessions on a sunny day at Silverstone, but Vettel hoped the cooler conditions anticipated would work in Ferrari’s favour.

“I think the track should be in a different state, it should cool down, so we’ll see if that really happens,” Vettel added. “I hope that we come up with something. I think on my side, a lot of it will calm down naturally overnight, and we’ll have a better day tomorrow.”