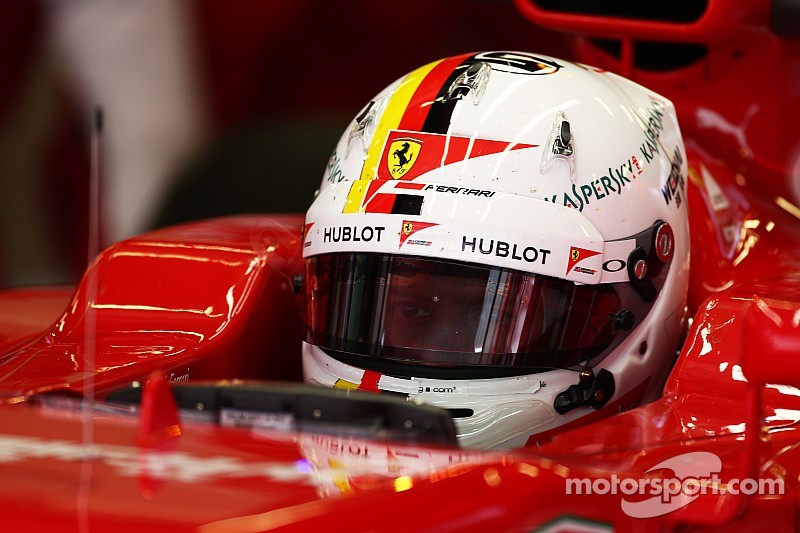 Flavio Briatore has giggled at the new 'Sebastian Vettel fever' at Maranello.

The former Renault boss was commenting on Ferrari's public delight at having secured the quadruple world champion to replace Fernando Alonso.

Briatore still oversees the management of Alonso, who has switched to McLaren-Honda.

Before, it was as though Vettel did not exist in Formula One.

"In Italy it's amazing," he told Italy's Sky Sport 24, "because they never talked about Vettel but now that he is in Ferrari he is the driver of the past and the future.

"Before, it was as though Vettel did not exist in Formula One," said Briatore.

"I think Vettel is a good driver, surely one of the best 5 or 6. With a very good car he was unbeatable," he added, "but let's not compare him to Schumacher or Senna."

Briatore, however, welcomed the recent upheaval at Maranello, following the chaos of 2014.

"If I had been there I would have done much the same," he said. "There were too many people, too much overlap, a lot of confusion."

But he said the new management, headed by Sergio Marchionne and Maurizio Arrivabene, should not get all the credit if 2015 turns out to be a much better season.

"They did not make this new car yesterday, it was started a year and half ago," said the Italian. "If it's a good car then it was made in the time of Stefano Domenicali and Luca di Montezemolo.

"My concern is that we will see Mercedes and the Mercedes engine dominate in Australia.

"This (turbo V6) engine has created a disparity without adding anything positive to the races. So I hope we see a competitive Ferrari," Briatore added.