As is the case at every Grand Prix, there are those smaller details that deserve our attention too - and last weekend's Brazilian race was no different, with various technical nuances for us to uncover.

McLaren has been experimenting with several concepts over the last few races as it looks to sign off on solutions it expects to run in 2017.

Many of the tests centered around an interim front wing, designed to give the team an understanding of how air might move around the front tyre given the dimensional changes that will ensue.

However, one of its peripheral studies looked at the role of the front brake duct and blown axle and their impact on the wake shed by the front tyre. 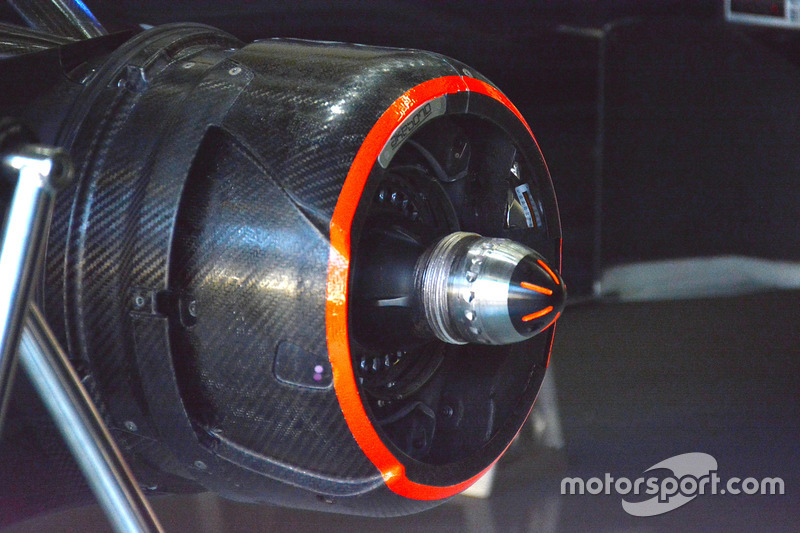 In Brazil the team opted to run a new configuration on Fernando Alonso's car that we initially only expected to be a test component but went on to be raced. The new configuration saw the blown axle removed and an end cap run to manipulate the airflow.

You'll also note that the drum was revised, with cutouts usually placed in the drums surface replaced by a full width crossover pipe, which forces air collected by the brake duct out through the wheel face. 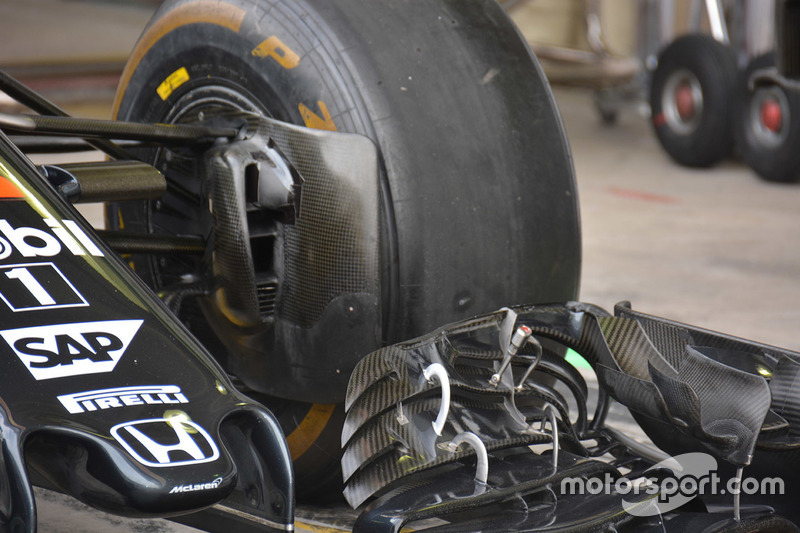 Irrespective of the successful trial on Alonso's car the team continued to asses the use of aerodynamically shaped blanking covers.

Ordinarily when the brakes are being cooled too much, especially in wet conditions, you'll see teams place tape over the brake inlets. McLaren however has decided to investigate these covers that recover the negligible drag that the blunt surface tape creates. 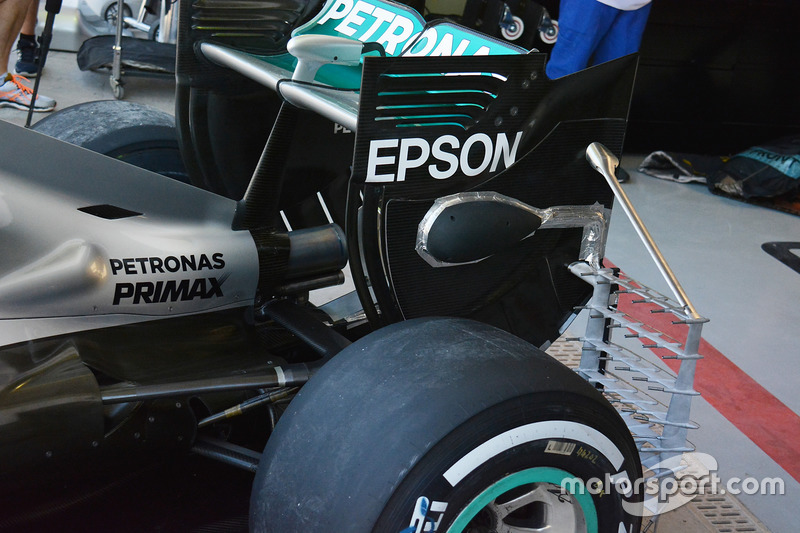 Mercedes already has numerous tests underway focused on 2017 but the team opted to use a complex kiel probe array on Lewis Hamilton's car during FP1.

Numerous kiel probes were mounted on a twisted array to collect airflow data about the car as it circulated around the track. It's a little late in the season for this to be relative to new parts or set-up work and so the data is likely being pooled as a baseline for when the new cars hit the track during pre-season testing next year. 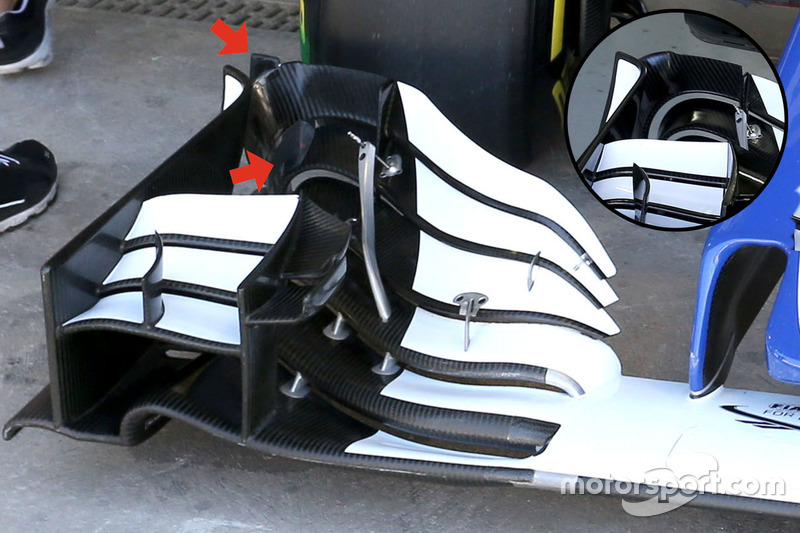 Flying under the radar during the race weekend was a revision to the C35's front wing that was designed to improve the operation of the new front wing concept first introduced in Belgium.

It may seem like a small change but it can have relatively wide sweeping consequences as it'll not only improve localised performance but should help downstream too.

The team has placed a cover in the upper corner of the penultimate flap (arrow) to close off the gap that usually resides there. Furthermore, this cover extends rearward and is twisted into a vertical strake (arrow) that is used to help control the shape and direction of the airflow moving across and around the front tyre. 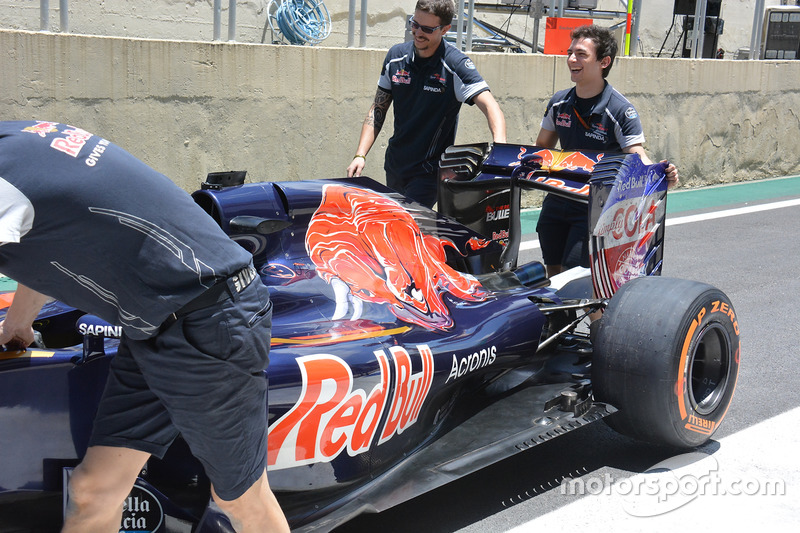 The middle of Toro Rosso's season was marred by the introduction of a B-specification aerodynamic package that didn't quite produce the results that were expected of it.

However, having found that the increase in downforce came with a disproportionate amount of drag the team has since set about making changes to marginalise it.

During free practice the team toyed with the idea of running their lower downforce rear wing (see above), which features a butterfly shaping and trades off some downforce for a reduction in drag.

However, the weather front that came in put pay to this and the team switched to a more conventional arrangement.

Mercedes: Team spirit "best we've ever had" despite title rivalry