Brazil's motor racing federation Confederacao Brasileira de Automobilismo (CBA) has asked the FIA to get involved after the latest fatality at Formula One venue Interlagos. 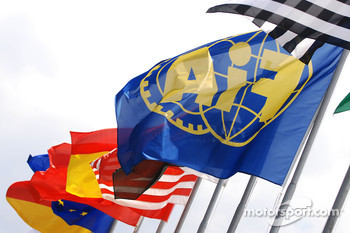 The FIA has been asked to help

Stock car driver Gustavo Sondermann on Sunday died after he was struck by other cars in an incident almost identical to another fatality at the same Curva do Cafe in 2007.

In both cases, the crashed car bounced off the barriers onto the racing line, triggering calls for grandstands to be demolished so that run-off can be installed.

"Today I have asked the FIA to send an inspector. We have not found a solution to improve so now races will start with a yellow flag in that stretch," CBA president Clayton Pinteiro told Agencia Estado.

Interlagos installed 'softwall' barriers after the Rafael Sperafico fatality "but it has not worked", acknowledged Pinteiro.

"I think there is no other recourse than the expansion of the run-off area for this corner," he continued.

Pinteiro said the change would require both the FIA's agreement due to the homologation rules, and also that of the Sao Paulo authorities.

Pirro to be steward, Valsecchi to test Lotus