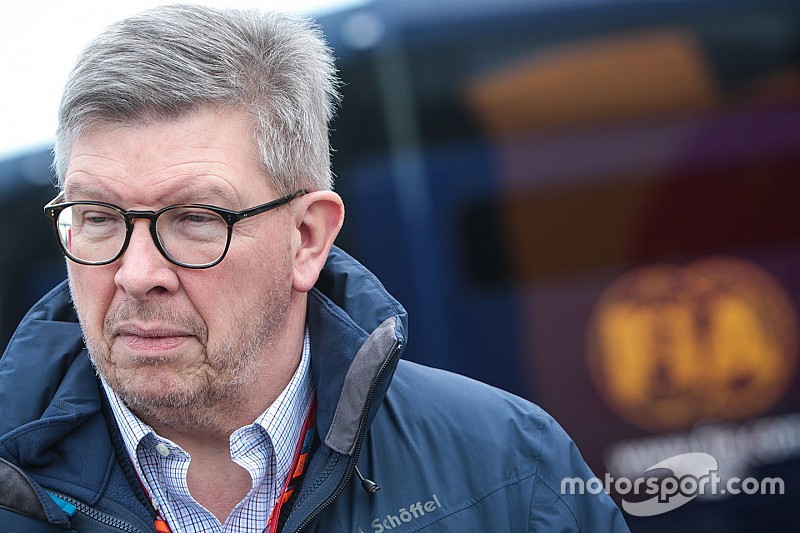 Ross Brawn is to set up a small task force of independent experts to help shape his vision for a better Formula 1, as he targets a proper investigation on how to improve overtaking.

The former team boss has joined FOM as managing director of motorsport, and is beginning to plot a long-term strategy to make grand prix racing better.

With the self-interest of teams having impacted on rule changes over recent years, Brawn plans to hire a small panel of well-recognised figures to get involved and deliver proposals that it believes will help improve grand prix racing.

Speaking to Motorsport.com in an interview about his next steps, Brawn said: "We will have some experts, industry recognised people, working within FOM, who I think people will be able to respect.

"It won't be a big team, just five or six people, but there will be enough capacity with my experience and knowledge to be able to create and get a proper reasoned argument for what we want to do and have an input into the process."

Brawn has spent recent weeks discussing outline ideas with F1 figures, and this week Liberty Media held a meeting with teams to inform them of its next steps.

And after years where change in F1 has been difficult because teams have been reluctant to do anything that could hurt their own form, Brawn is clear that the over-riding priority of anything that be brings to the table will be that it improves the show.

But he is clear that gimmicks – like elimination qualifying, double-points and DRS – are not the answer.

"There may be a very strong sporting consideration where, in order for the integrity of the sport, it's a decision that has to be made and I understand that.

One area that Brawn wants to devote special resources to is a proper investigation in to how to make F1 cars better at overtaking.

The move to increase downforce for 2017 has prompted fears that passing could be more difficult because it may be harder for cars to follow each other.

Brawn suggests that the answer longer term is for a state-of-the-art CFD project to study the creation of an aero concept where cars with a lot of downforce are able to run close together.

He says that a previous investigation several years ago by an Overtaking Working Group did not produce the right answers because technology was so limited.

"It's a complex problem. We don't want the cars to be slow, so we want the levels of grip that we have, but we want it in a way that doesn't cause disruption to the car following. So is there a solution to that?

"If we put the right sort of people on that task and gave them a year, 18 months, to find a solution, can we design Formula 1 cars in a way that a car behind could follow?

"I know we had a go at it before with the Overtaking Working Group, but I don't think we had the knowledge and capability that teams have got now. CFD has made a huge difference.

"We were trying to carry out physical experiments in the windtunnel that was never designed to have two cars in it, so it was compromised.

"The CFD now gives new opportunities to look at all of that. Because if you could create a car which had decent levels of aerodynamic grip, but left a wake that was benign…there's lots of people who will tell you that you can't do that but I don't think we've really put our minds to it.

"Otherwise, there's not a solution. You can't just get rid of all the aerodynamic downforce. You can get some back with tyres and chassis grip, but you can't have cars as quick as this.

"And if you want cars as quick as this, you've got to find another solution. So that's the sort of stuff that we will be involved in initiating and supporting to make sure that we can do it."