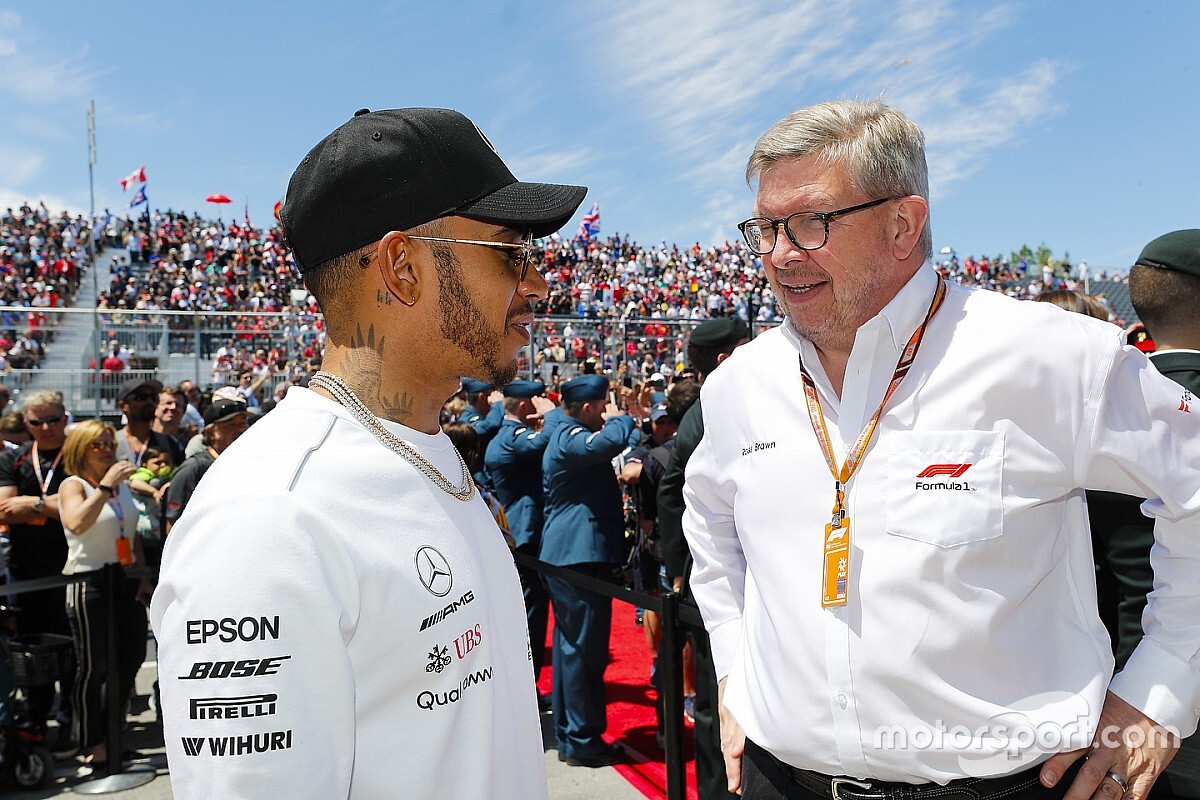 Formula 1 sporting boss Ross Brawn says he cannot wait to work with Lewis Hamilton in shaping the championship’s future, and says meetings are now scheduled to get more input from drivers.

After dominating a processional French Grand Prix last weekend, Hamilton was critical of F1’s rulemaking process and said the series is nowhere near where it needs to be with its 2021 rules overhaul. The five-time world champion attended a meeting at the FIA earlier this month that delayed the finalisation of F1’s major new regulations package.

In his regular post-race review, Brawn said: “I’m happy Lewis has confirmed his willingness to make his own contribution in the coming months, and we can’t wait to work with him, particularly in each of the three meetings now scheduled. We know well that Formula 1 needs to make an important change in direction if it wants to maintain its position as one of the most followed sporting spectacles in the world.

“All of the key stakeholders – ourselves, the FIA and the teams – agree on the objectives and there is broad agreement on the major principles, such as the introduction of the budget cap and a fairer distribution of the revenue, while on the technical aspects we, and the FIA, have worked together with engineers from all the teams.

“It will be great to have an input directly from the drivers.”

Brawn said that F1 was learning from past mistakes, highlighting the design of the new Vietnam circuit as a bespoke effort to promote “spectacular racing and good passing moves”.

But he appeared to contest Hamilton’s claim that drivers were previously frozen out of the process.

“The door for drivers has always been open and it’s a pity that so often in the past this opportunity has not been taken by all the parties, and it is great to see this new initiative,” said Brawn. “To sum up, Lewis, we are delighted with yours and all of the drivers' contributions.”

Brawn hailed Mercedes’ perfect start to the 2019 season, but also pointed out the need for a wider success spread in grand prix racing. He has repeatedly stated that F1 wants to create more variety at the front of the grid because it is unhappy at the lack of podium finishes outside the big three teams.

“If Mercedes keeps up this pace it could seal the Constructors’ Championship by Monza, with a third of the season still left!” said Brawn. “Let’s be clear: Lewis, Valtteri and Mercedes are not to blame for a season verging on perfection, and it should be obvious that the rule changes we want to introduce are not directed against a team that is rewriting the record books.

“But we must all understand that the sport we love needs more competition, so that other teams can also aspire to podium finishes and it is not just a few powerful teams that dominate.”