Brawn: I couldn't work with Ecclestone 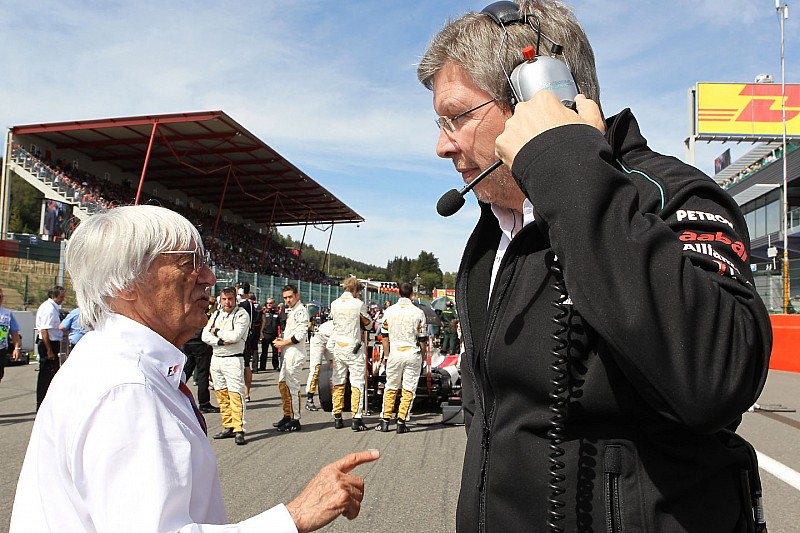 Formula 1’s new motorsport managing director Ross Brawn says he could not work with former chief Bernie Ecclestone but insists he never made that a condition of taking on the role.

As part of the restructuring, Ecclestone relinquished control and moved to the role of chairman emeritus, with the 86-year-old admitting he now has little to do with the new management.

Former Mercedes team principal Brawn started working for Liberty as a consultant while the American company progressed with its bid for F1 before agreeing to take on a permanent role.

Ecclestone claims Brawn said he would not take the job if he stayed on, but when Brawn was asked in an interview for an upcoming issue of F1 Racing if he made that a condition, he said: “That is not true.

“I mean, I couldn’t work with Bernie, but I never made that a condition.”

Brawn said he and Ecclestone have very different views on how to take F1 forward, which would have made working together challenging.

“It would have been very entertaining to work with Bernie,” he added.

“But I’ve never seen Bernie with any serious partners, certainly not in terms of running the business.

“He’s had people who’ve helped him with aspects of the business, but I’m not sure that my philosophy of how I think it could go forward necessarily aligns with Bernie’s.

“Bernie was very adept to a reactive approach; mine is the opposite, I want to have a planned and a long-term approach.

“I think Bernie’s famously said: ‘Don’t plan long-term because you don’t know what’s going to be there when you get there.’ ”

Cooperation between F1’s governing body the FIA and commercial rights holder FOM appears to have improved this season, with Brawn hoping that trend continues.

He says FOM will be strongly involved with the regulations, but insisted the ultimate responsibility for the rules would stay with the FIA.

“We’re going to fight our corner - if anything, more strongly in the future than perhaps has been done,” he said.

“That’s not to say that previous management were not interested in that, but it was a bit staccato.

“They came in when there was a crisis, whereas we want to be part of a continuous process to try and improve.

“So we believe we’ve got a role to play and we’ve got a right to get involved in helping shape the regulations for the future.