Brawn hopes F1 can use DRS on Zandvoort banking in 2022

Formula 1 managing director Ross Brawn hopes that drivers will be able to use DRS at Zandvoort's final banked corner as an aid to overtaking in 2022.

The banking was designed with the intention that drivers could open DRS on entry and thus have a better chance of pulling off a passing move on the following straight.

However, after studying simulations of grip and downforce levels, the FIA preferred to take a conservative approach for the first event, with the intention of gathering some real world data.

The relative lack of passing in Sunday's race, as was widely predicted, has ignited a debate about how it could be improved.

The 2022 F1 rules package has been designed to allow cars to follow more closely, and Brawn wants DRS to be used on the banking, which will further improve the prospects of passing at the Dutch track.

"Hopefully, once we have a proper look at all the data, we can go back to our original idea of having DRS from the beginning of the banking, which will help a little bit," Brawn told Motorsport.com after the race.

"It was conservative. We as F1 didn't think there was a problem, but we wanted to be conservative. I think with the data we've got we feel a lot more comfortable, and so that that's going to be an option.

"But there was overtaking, you could do it. It was tough, but it could happen, which was great."

FIA race director Michael Masi confirmed that the FIA wanted to take a cautious approach for the inaugural race, but is open to a change for next year.

"As we always do with DRS we do some simulations and work with what is within the tolerances that we have," said the Australian.

"Here the banking was completely unknown, [so it was] let's go through an event, gather a complete lot of data from practice, qualifying, race, and then be in a better position like we do with DRS zones at all events, and then review it and see if we need to make changes and how we can make changes for the following year.

"Like with everything you can simulate things as many times as you like, [but you need] a practical real life understanding of what took place. And now we have that." 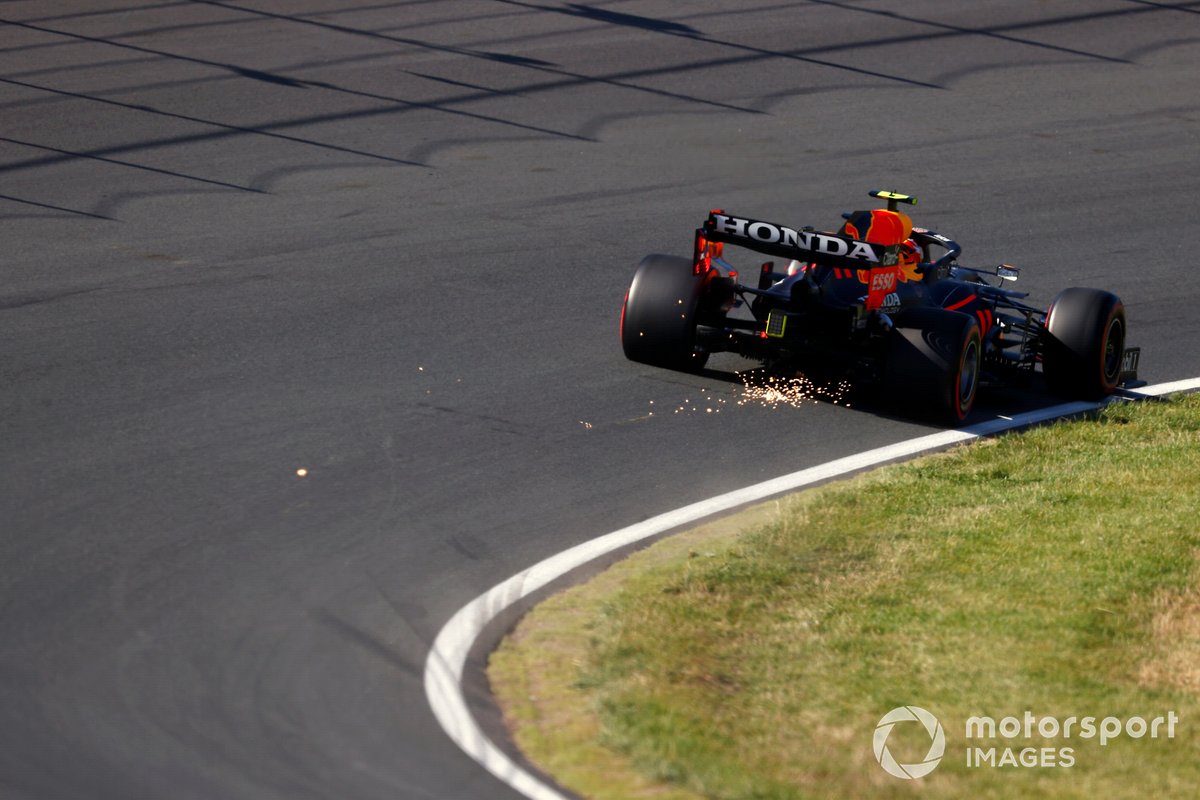 Masi said he had no concerns about the 2021 data translating to next year's F1 aerodynamic regulations.

Mercedes team principal Toto Wolff agreed that an extended DRS zone would be a positive move for the event.

"I think the race is almost a 10 out of them overall," Wolff told Motorsport.com. "If we were able to open DRS at the beginning of the banking, it not only makes it spectacular, but it gives another overtaking opportunity.

"I totally understand about this year, you don't know, and it's the first time you're running such a high-speed banking.

"I think in terms of the cars it completely changes next year, but we know what we want to achieve, and that is lots of overtaking zones, and I'm really looking forward to open up DRS before the corner."