Brawn: F1 should be "cautious" on changing sprint format

Formula 1's managing director Ross Brawn says the sport should be "cautious" about changing the sprint format that he believes has proved to be a success.

The sixth sprint event in Interlagos on Saturday was without a doubt the most exciting since the format was introduced in 2021, with George Russell battling past Max Verstappen to win.

It has already been agreed to run six sprints in 2023, although the venues have yet to be confirmed.

Meanwhile, tweaks such as a move to a standalone event that doesn't impact the grid for Sunday's main event are still on the table.

They are set to be discussed at next Friday's F1 Commission meeting, along with changes to the parc ferme rules that will potentially make FP2 more relevant.

However, Brawn remains wary of moving too far away from the original format.

"The race was very pleasing," he said when asked by Motorsport.com about Saturday's event at Interlagos. "I think the track helps, it shows the sensitivity to selecting the right sort of races for next year.

"We're looking at if there's any evolutions in the format to be considered for next year. But we've got a fantastic foundation already.

"So we'd be very cautious about changing things. And certainly, I don't think we should move to a dramatically different format.

"It was great, a fantastic race. It gave the crowds terrific entertainment. Qualifying's special, but not as special as that was today, I really enjoyed that."

Asked about what format changes are being considered he said: "It's not something I want to speculate on at the moment, because I think it's only fair to talk to the FIA and the teams. And we made some presentations, a year or so ago, that have not changed really. 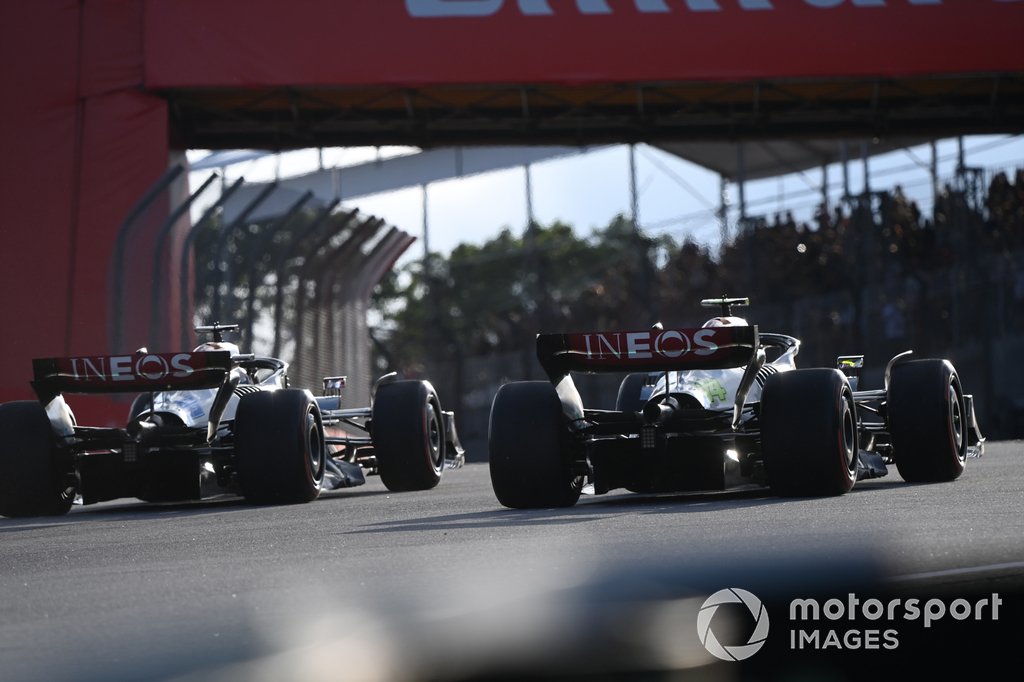 "We wanted to get the six races agreed and bedded in, and the venues sorted. And I think when we see the venues, we can be a little bit more informed when we talk about the format we might move to. But as I say, the existing format works very well. So we should be cautious not to move."

He acknowledged that changes to the parc ferme rules, potentially allowing teams to freeze their set-ups after the sprint and thus making FP2 more useful, are among the key topics.

"On Friday in the F1 Commission meeting we're talking about parc ferme, and whether that should start after the sprint, so that you've got a more meaningful FP2.

"I think there's some general things we can do as well as something a little bit more substantial, but it's evolution now, not revolution."

Asked what factors will determine which six venues are chosen for sprints in 2023, he said: "I think just that ability to race and overtake. And I mean, obviously, in extremis, a sprint race at Monaco would be a pretty boring event. This is probably one of the best tracks.

"We have an index of tracks that we believe will be suitable for the sprint. Brazil's at the top of it, somewhere like Monaco will be at the bottom of it.

"And we want to have a nice spread of races during the year, and find the right places to have them. But the type of track we go to is a high priority."

Brawn is set to retire at the end of the season and maintain an advisory role with the F1 organisation. He hopes to remain involved in planning the sprints.

"I guess I'd like to think I can stay involved with special projects. And I just don't want the day-to-day responsibility I've had the past few years. So a project like this, which is very exciting and a lot of fun, why not?"

Why Mercedes can realistically resist Verstappen to win in Brazil