Brawn: F1 will do all it can to help save Force India 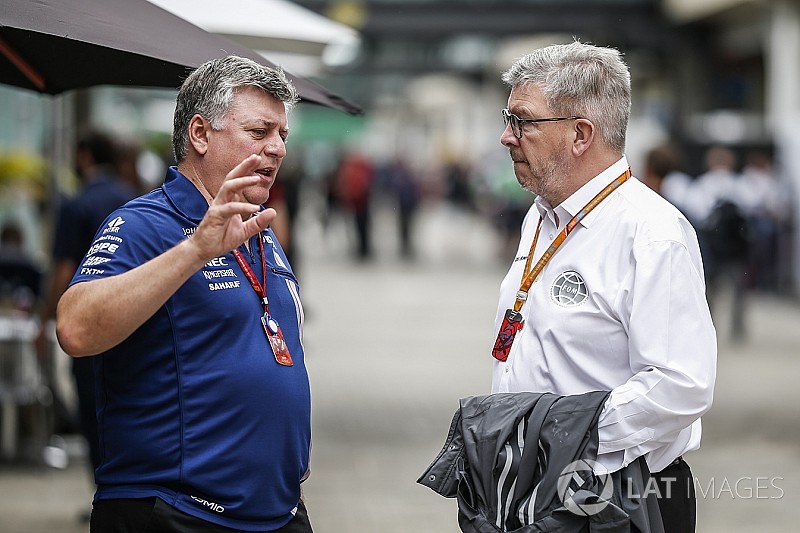 Formula 1 sporting boss Ross Brawn says the commercial rights holder will do “all in its power” to ensure Force India survives after going into administration.

The move into administration, triggered by its driver Sergio Perez, has been done to shore up the long-term future of the team but part of that relies on it being able to continue with its full share of F1 prize money.

It requires the consent of all its rivals to have access to those funds under a new owner.

Brawn used his usual post-race debrief to say all F1 participants deserved the upcoming summer break, but said “this applies especially to those who work at Force India, which is going through a particularly difficult time at the moment”.

He added: “Formula 1 will be doing all in its power to ensure the team survives and I truly hope that in the coming days and weeks its future is resolved.

“Over the past few years the Silverstone-based team has been an amazing example of what can be done with limited resources, showing that what you do and how you do it is much more important than the size of your budget.”

Force India has finished fourth in the constructors’ championships for the previous two seasons despite competing with one of the smallest budgets on the grid.

Ferrari “must shoulder some blame” for defeat

Reviewing the on-track action from the final race weekend before the break, Brawn said Ferrari needed to shoulder some of the blame for making Sebastian Vettel’s race harder than it needed to be.

The German’s strategy cost him time in traffic and then a slow pitstop compounded his time loss, which he spent most of the race stuck behind Valtteri Bottas.

That allowed the other Mercedes of Lewis Hamilton to claim a comfortable win and extend his championship lead over Vettel to 24 points.

“Bottas played a vital role, but Ferrari must shoulder some of the blame given that Vettel had a slow pit stop when there was an opportunity to overtake Bottas in the pits,” said Brawn.

He added: “I would suggest that for the first time since 2008, Ferrari has the quickest car on track, capable of taking pole positions and wins at every type of track.

“A mix of mistakes, crashes and lost opportunities has led to the current points situation, but with nine races still to go there’s plenty of time to close the gap, knowing that the SF71H is the best car right now.”

While Vettel at least went on to finish second and Kimi Raikkonen gave Ferrari a double podium, Red Bull had less of a silver lining.

Max Verstappen retired from fifth earlier on with a suspected MGU-K failure, while Daniel Ricciardo battled through to fourth after being knocked out in Q2.

Verstappen then struggled to fight for pole in Q3, which Brawn called a “mystery”.

He called Ricciardo’s charge a “fantastic show” and added: “Indeed, looking at the Australian’s strong lap times, the Milton Keynes team must have even more regrets.”

Did Bottas really deserve a penalty in the Hungarian GP? – video