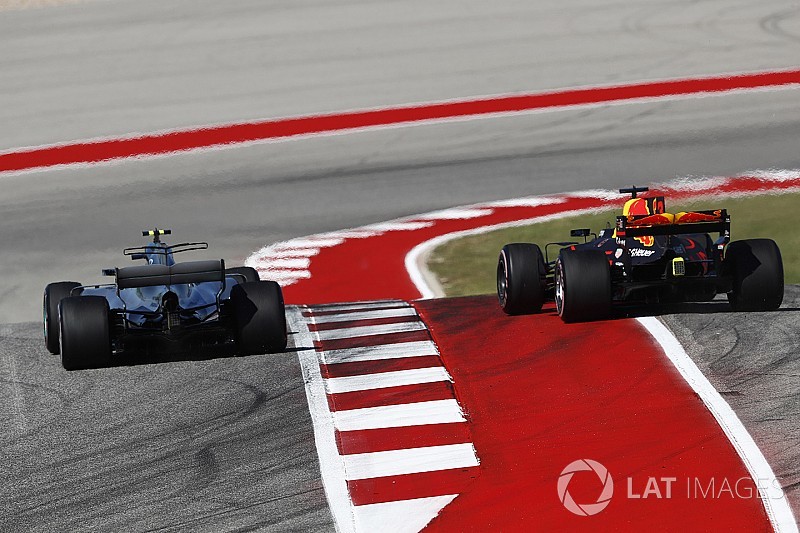 Ross Brawn believes Formula 1 should consider a new review system to better judge controversial incidents, in the wake of the Max Verstappen penalty in Austin.

F1 fans and many within the sport itself have been left angry about the way in which Verstappen was penalised for cutting the track as he overtook Kimi Raikkonen for third on the final lap of the race.

While there is no question about him having all four wheels on the track, there is unease about the way in which other drivers also ran off track at various points of the race without sanction.

Red Bull and Verstappen were also further upset that the decision to punish the Dutchman was done so quickly - and without the chance to speak to the drivers involved.

Now Brawn, who is managing director of motorsports at F1, thinks the time has come to ensure that following similar incidents in future, there is the chance for those involved in the case to put across their side of events.

Writing in his regular post-race newsletter, Brawn said that it would be better if the teams could speak with the FIA.

“I believe that once the dust is settled on this episode it would be good to review cases such as this with all the relevant parties – the FIA and the teams,” said Brawn.

“In every sport, technology is becoming more and more important in allowing referees to take sporting decisions with more accuracy and readiness. It's happening even in football, where a video review system is in place in leagues like Bundesliga in Germany and Serie A in Italy.

“In Formula 1 we already have exceptional video technology but I think we need to look at how we utilise it in order to maintain accuracy and consistency.”

Verstappen: 'Idiot' remark not meant to hurt anyone