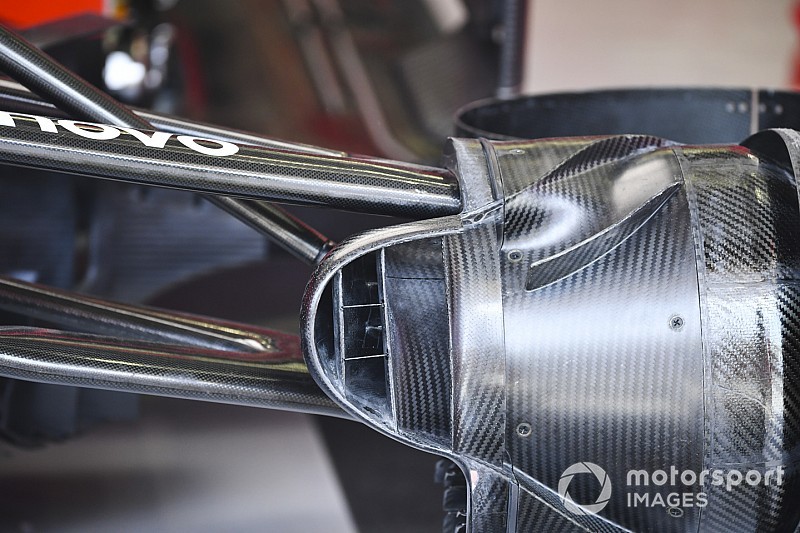 Formula 1 customer teams look set to be unable to buy brake ducts off other outfits from the start of next year, following agreement over a change to the listed parts rules for 2020.

There has been much discussion over recent weeks about whether or not F1 needs a rethink about how much of a car teams should make themselves.

Smaller outfits like Haas and Alfa Romeo have benefited from forming customer alliances with Ferrari – with Haas in particular going as far as it can in buying everything available.

But the success of that business model has caused concern among more traditional outfits like McLaren and Williams that elect to produce as much of the car as they can themselves.

The car parts that teams must make themselves are labelled in the rule book as 'listed parts' - and it is currently limited to the survival cell, the front impact structure, the roll structures and bodywork with the exception of airboxes, engine exhausts and any prescribed bodywork geometries

Ahead of F1's major revamp for 2021, some teams have pushed for rule tweaks that force teams to make more of the car themselves, while some squads are eager to keep the customer car route open.

The matter came up for discussion in last week's F1 Strategy Group and F1 Commission meetings, as the sport moves towards a model that balances out an increase in standard parts with the requirement for teams to do more of the car themselves.

One of the key battlegrounds was related to suspension, and there had been calls for it to be added to the listed parts rules – something that would force a team like Haas to invest heavily in new design facilities.

But it is understood that a compromise is now likely on this front, with the basic suspension set-up still able to be bought, but the aerodynamic elements around it needing to be designed by each team.

However, one change that looks set to take place as early as next year is a plan to add brake ducts to the listed parts elements for 2020.

Sources claim that the move has drawn majority support from the F1 Commission, which is made up of teams and other stakeholders, so will now go forward for ratification by the FIA's World Motor Sport Council.

Although brake ducts appear to be a relatively small part of the car, they have long been utilised by teams for aerodynamic benefits – both for managing airflow and adding downforce.

The move to add brake ducts to listed parts for 2020 will add workload and expense to a team like Haas which purchases its ones off Ferrari.

It also closes the door for other teams that may have pondered sharing the parts in the longer term.