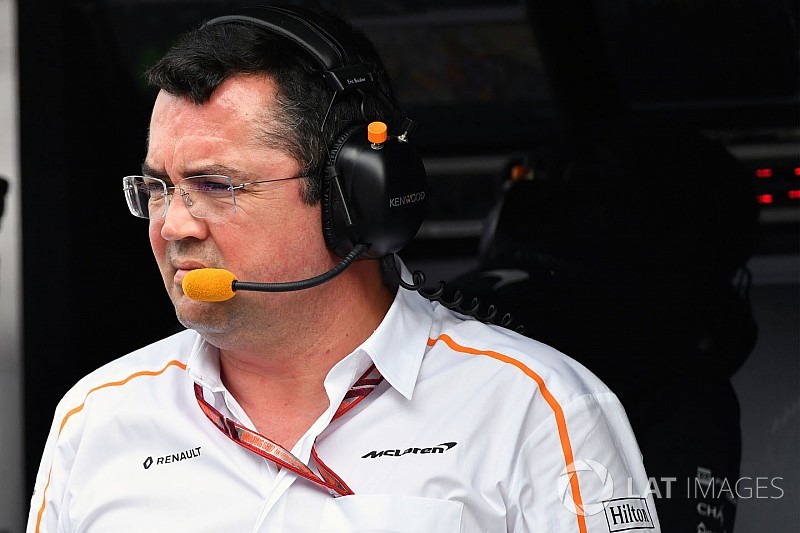 Eric Boullier has resigned as McLaren's racing director, the Formula 1 team has announced.

McLaren targeted podiums in 2018 after splitting with Honda and joining Renault but has struggled with performance and missed development targets amid an aerodynamic problem on its car.

Boullier has faced mounting pressure in recent weeks as head of the racing operation and McLaren announced on Wednesday ahead of its home race at Silverstone that Boullier had resigned.

McLaren has revealed a "simplified technical leadership team" in his place, which includes creating a new role of sporting director for Indianapolis 500 winner Gil de Ferran.

"I am very proud to have worked with such a brilliant team over the past four years, but I recognise now is the right time for me to step down," said Boullier.

"I want to wish everyone at McLaren the best for the remainder of the season and for the future."

Other changes include McLaren chief operating officer Simon Roberts being put in charge of production, engineering and logistics and new performance director Andrea Stella being made responsible for trackside operations.

McLaren's F1 CEO Zak Brown said the overhaul was the result of a disappointing start to 2018, which he claimed were the result of "system and structural" causes that "require major change from within".

"The performance of the MCL33 in 2018 has not met the expectations of anyone at McLaren, especially our loyal fans," said Brown.

"This is not the fault of the hundreds of committed and hard-working men and women at McLaren.

"With today's announcement, we start to address those issues head on and take the first step on our road to recovery.

"I would like to take this opportunity on behalf of the entire team to thank Eric for his service and contribution to McLaren and wish him well in his future endeavours."

Boullier joined McLaren from Lotus at the start of 2014, and was tasked with leading the team back to race-winning form.

However, he oversaw just one podium at McLaren – in the opening race of the '14 season – as the team went on to suffer three terrible seasons with Honda.

Boullier was one of several significant McLaren players who talked up the quality of the team and its car during that barren spell with the Japanese manufacturer.

The exposure of McLaren's own problems since it joined Renault has thus intensified scrutiny of the team, and Boullier had to field questions about whether he would resign as recently as the French Grand Prix two weeks ago.

Asked if he felt responsibility for the failings of the 2018 car, and if that would lead to him stepping down, Boullier said: "Obviously, we are all responsible for the car performance.

"No, I will not resign. I've got my 20th year now in racing, I've won races and championships with every team I've managed before, including Formula 1, so this is some record that you cannot take away from me.

"I think we're on a journey. We are not where we want to be, we are not happy with where we are – but with the journey, with the new Renault engine partner, and a good team of people, we just need to make sure we are finding the issues with the car and correct them.

"We know where the issues with the car are. When you build a car, when you believe in a concept, you have to develop it and make sure you correct it for the next one."