Valtteri Bottas acknowledges that if George Russell beats him on his Mercedes debut as Lewis Hamilton's replacement for Formula 1's Sakhir Grand Prix "it wouldn't look so good on me". 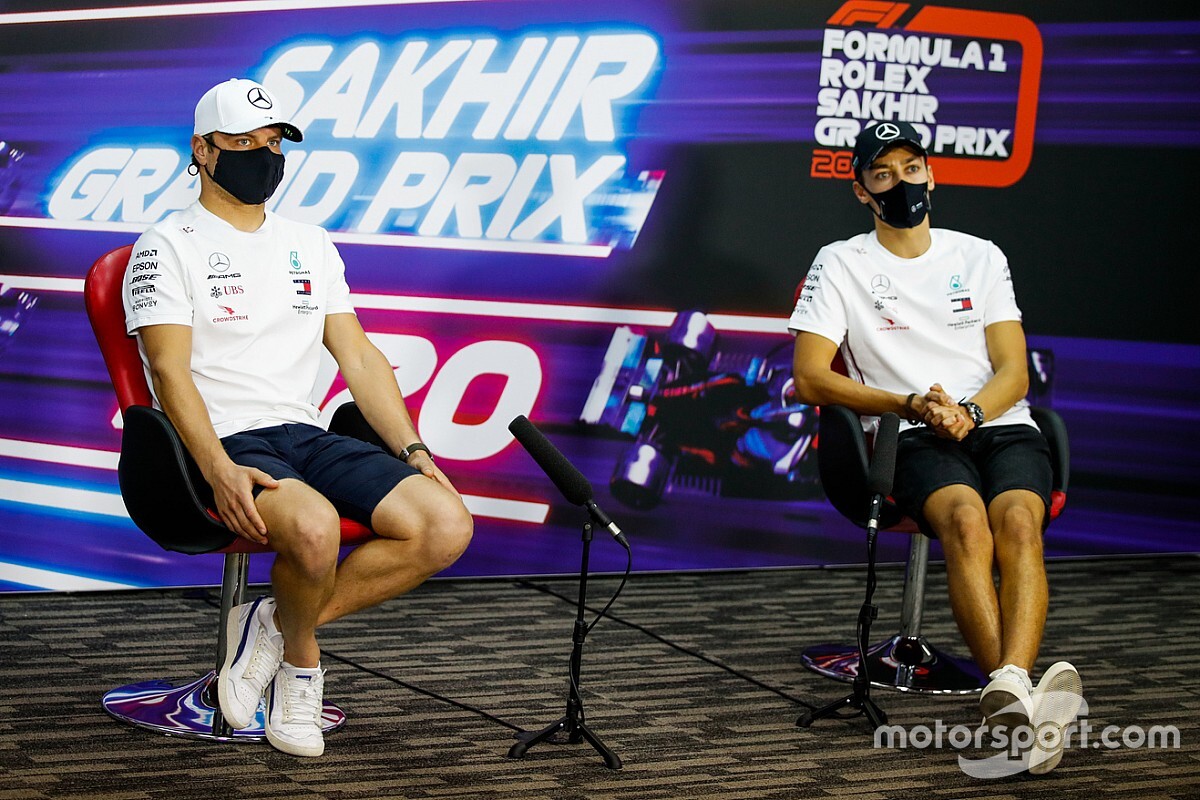 Bottas and Russell will form Mercedes line-up after Lewis Hamilton announced he had tested positive for COVID-19 following his victory in last weekend's Bahrain GP.

Russell will be making his F1 race debut for the manufacturer – where he has been a junior driver since 2017 – after being allowed to make the short-term switch by his regular F1 employer, Williams.

When asked what it might do for his future career prospects if he fails to beat his new teammate this weekend, Bottas replied: "I haven't really thought about it and it's difficult to know what to expect from George in terms of performance.

"He knows the team well, but also it's a different car that he has been testing and lots of new things. And also... I don't really know what to say to that question.

"I haven't thought [about] it in that sense and if I have to give some kind of answer I say if he beats me, yeah for sure it wouldn't look so good on me if I have a normal race and if he beats me fair and square.

"So obviously I [will] try to avoid that.

"But I am not a person who thinks on that side of things. I try to turn things into a motivation and through positive thinking. That's my mindset for this weekend."

Bottas also disputed suggestions the upcoming weekend would form a "showdown" for an expected place as Hamilton's teammate in 2022 (Bottas will race for the team in 2021, while Hamilton's F1 future beyond 2020 is yet to be announced), saying that was the media "making that kind of thing up".

He added: "I know that you like to speculate things and create drama and 'showdowns' etc. But I doubt George thinks that way and at least I don't.

"I think it's a great opportunity for George, a great opportunity to learn a lot and to show what we can do with the team. And from my side, as a racing driver of course you always want to be ahead of your teammate – whether it's Lewis Hamilton or George Russell or anyone else, it doesn't matter.

"And I also have a job to do for the last three races of the season – I have my own motivation, which is trying to win the remaining races. That's obviously for me the only goal – and trying to maximise all the learnings I can for next year and end the season on a positive way that could hopefully help me [at the] start of next year.

"I have a contract for next year, I have clear targets for myself for next year – the team as well – so for me everything is really simple. No pressure from my side."

On the same topic, Russell said: "One race doesn't define a drivers' capabilities or the decision-making for something that is over 12 months away".