Bottas: Williams lost "a lot of points" through tyre struggles 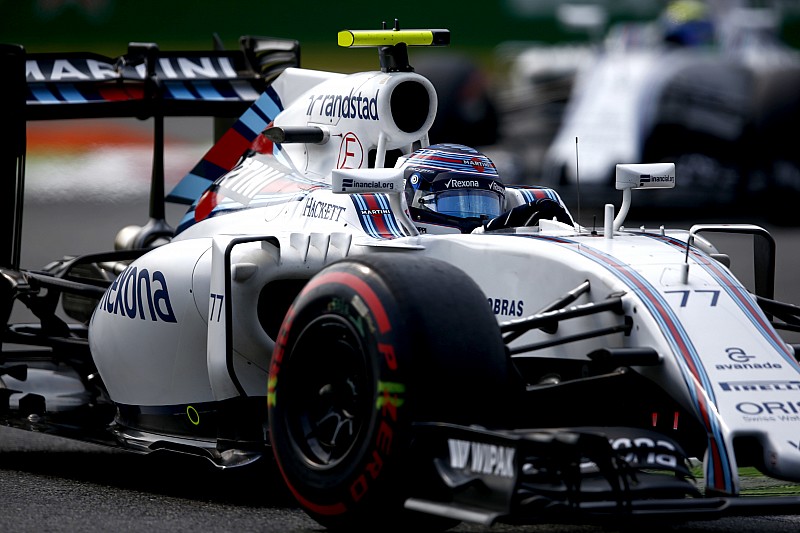 Valtteri Bottas has no doubts that Williams’ lack of tyre expertise this year has cost the Grove-based team valuable points in Formula 1 this season.

Williams is locked in a tight fight with Force India for fourth in the constructors’ championship, with just one point separating the two outfits with six races remaining.

But in a bid to help its chances of securing the top four spot, Williams recruited former Ferrari man Antonio Spagnolo ahead of the Singapore Grand Prix to help boost its tyre knowledge – which had been lacking after it lost a key engineer to a rival earlier in the season.

Bottas said it had become obvious to the team that not being on top of tyres was costly, especially because it is an area where Force India is very strong.

“There have been a few races where we definitely haven’t optimised in terms of our calculations for the tyre life, and so on,” explained Bottas.

“Definitely we have not been in top four of the teams in terms of understanding the tyres, and if we want to be there at the end of the championship, we need to be there in all the areas – especially with the tyres.

“Some other teams being better [at understanding tyres] has definitely cost us a lot of points this year, but we know it and we are working on it.”

When asked if the Force India battle had highlighted Williams’ situation, Bottas said: “I think so.

"Even some races where we felt the cars were very equal in terms of pace or even we were slightly better, somehow they managed to get a better outcome of the race.

“Hockenheim was a good example. The calculations we made in terms of strategy didn’t match the reality.”

Williams performance chief Rob Smedley said that Spagnolo’s role was not just about helping with understanding on tyres on a race weekend, as it was also about driving forward R&D projects in the future.

“It [tyres] is an area where we were deficient,” said Smedley. “Already, we’ve created a group around Antonio and he has come in and he has got his own ideas.

"He is an extremely clever guy and he is definitely helping us already with what we are able to do on a weekend. But there is a lot of other stuff that we need to do, and in the background in terms of R&D.

“It is not just about about what we are doing on a weekend and day-to-day survival, it is also about putting medium/long term R&D in place that will bear fruit - to take us out of the performance field we are now and take us onto the next level.

“It is not about maximising what we have got, it is looking where the next area of performance is, and he will help us do that along with his group.

"We have some good young people in there, identified people inside Williams and outside Williams, and we are still actively recruiting and expanding that, so it is something that is going to be a good fillip for the team.”