Bottas unsure whether to laugh or cry over bad F1 luck

Mercedes driver Valtteri Bottas says he is unsure whether to laugh or cry over his recent bad luck in Formula 1, but hopes it will even out in the near future. 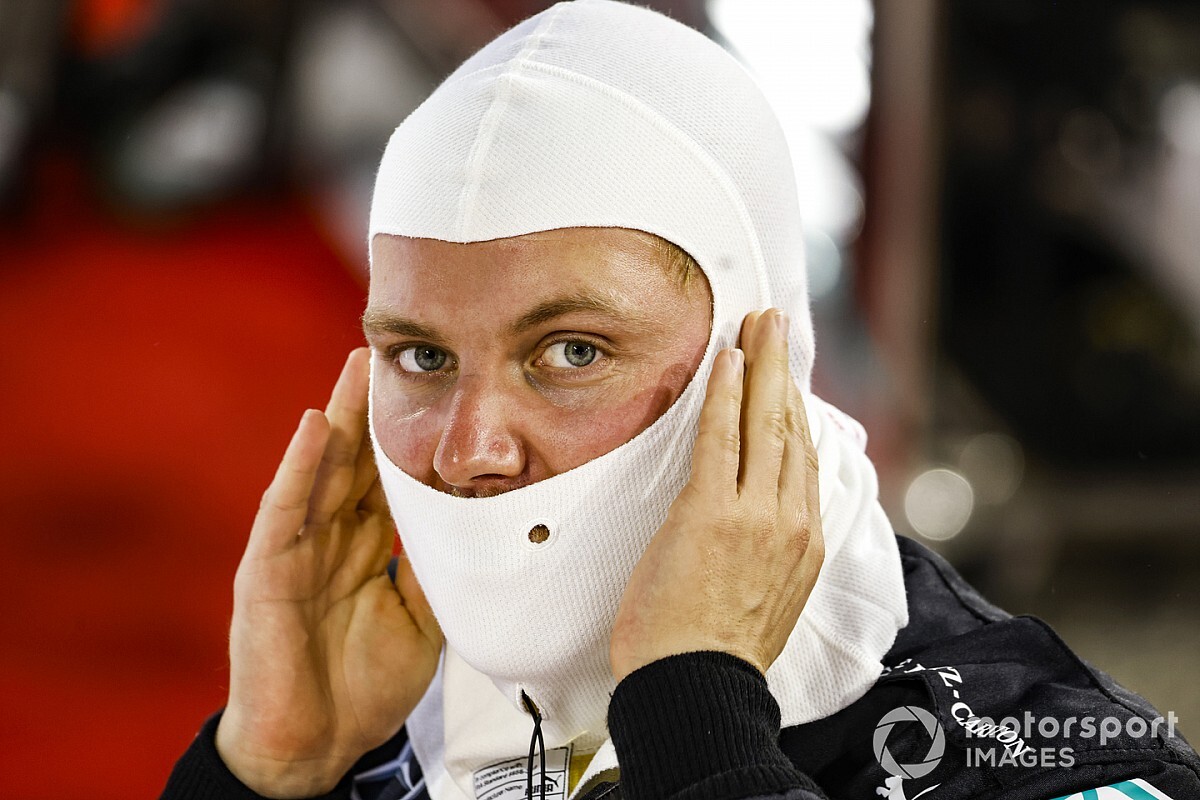 Bottas finished eighth in Sunday’s Bahrain Grand Prix after sustaining two punctures during the race, the first occurring under the safety car in the opening stages after hitting debris, dropping the Finn to the rear of the pack.

A second puncture occurred under the final safety car, but Bottas was able to get the car home at reduced speed and not lose any positions.

It marked the latest setback for Bottas through a difficult season that saw him again lose out to Mercedes team-mate Lewis Hamilton in the title battle.

Bottas suffered a tyre failure at Silverstone, was hampered by a car issue at Monza, suffered a power unit failure at the Nurburgring, picked up debris costing him close to one second per lap at Imola, and was left with car damage in Turkey after a collision on the opening lap.

Bottas joked that he had been feeding a black cat outside his home recently, adding: “I can promise you there is no food anymore for that black cat!”

The Finn has claimed just two wins compared to 11 scored by Hamilton, and trails his teammate by 131 points in the championship standings.

Asked about his run of bad luck this year, Bottas said: “If I would make a list of all the unlucky events that are happening in the races during this year it is quite a long list.

“I mean, should I cry or should I laugh? I’d rather laugh. Some of those things there is nothing you can do obviously and I am not a superstitious guy - so the thing with the cat was a joke.

“It just sometimes happens. Of course you people can have a run of bad luck and it can be many years or a short moment.

“I hope things equal at some point. That would be nice.”

“[There have been] multiple punctures that shouldn't have happened, red flags when he was easily in the lead,” Wolff said.

“If I wouldn’t know that he has an absolutely strong mental constitution, a driver could start to question why that was happening to only one guy.

“But not Valtteri. He’s so strong, he’s so robust and resilient, and it’s only going to make him stronger.

“I feel sorry for him, picking up all those problems in a single season, when he could have won three or four or five races more, and been a solid second at least. It’s difficult.”