Valtteri Bottas will join the Alfa Romeo Formula 1 team in 2022 at the start of what the Swiss outfit says is a multi-year deal.

The Finn's departure from Mercedes has been expected for some weeks, and a return to Williams was also a potential option before it became clear that his destination was Alfa Romeo.

Kimi Raikkonen's retirement announcement on Wednesday was the first in a series as the pieces of the driver market puzzle fall into place.

Confirmation from Mercedes that George Russell is to join the world champion team as replacement for Bottas will follow this week.

Bottas is reunited at Alfa Romeo with team principal Fred Vasseur, with whom he worked at ART in F3 in 2009 and 2010, and in GP3 in 2011, when he won the championship.

"A new chapter in my racing career is opening," said Bottas. "I'm excited to join Alfa Romeo for 2022 and beyond for what is going to be a new challenge with an iconic manufacturer.

"Alfa Romeo is a brand that needs no introduction, they have written some great pages of F1 history, and it's going to be an honour to represent this marque.

"The potential of the set-up in Hinwil is clear, and I am relishing the opportunity to help lead the team forward up the grid, especially with the new regulations in 2022 giving the team a chance to make a leap in performance.

"I'm grateful for the trust the team has put in me, and I cannot wait to repay their faith. I'm as hungry as ever to race for results and, when the time comes, for wins.

"I know Fred well and I am looking forward to getting to know the rest of the team I am going to work with, building relationships as strong as the ones I have at Mercedes."

Bottas is currently in his fifth season with Mercedes, having been recruited after the surprise retirement of new world champion Nico Rosberg at the end of 2016.

Thus far he has scored nine grand prix wins, earned 17 pole positions and logged 17 fastest laps, one of the latter achieved in his Williams days. He was runner-up to his world champion teammate Lewis Hamilton in both 2019 and 2020.

Despite the strong contribution of Bottas over the years, the prospect of promoting Russell from Williams ultimately proved irresistible for Mercedes and team boss Toto Wolff.

The Austrian was involved in Bottas's management before a conflict of interest obliged him to step back. He has long stressed that he wanted to ensure that his former protege found a new seat should Russell be given the nod for the Mercedes drive.

Bottas added: "I am proud of what I have achieved in Brackley and I am fully focused on finishing the job as we fight for another world championship, but I am also looking forward to the new challenges that await me next year." 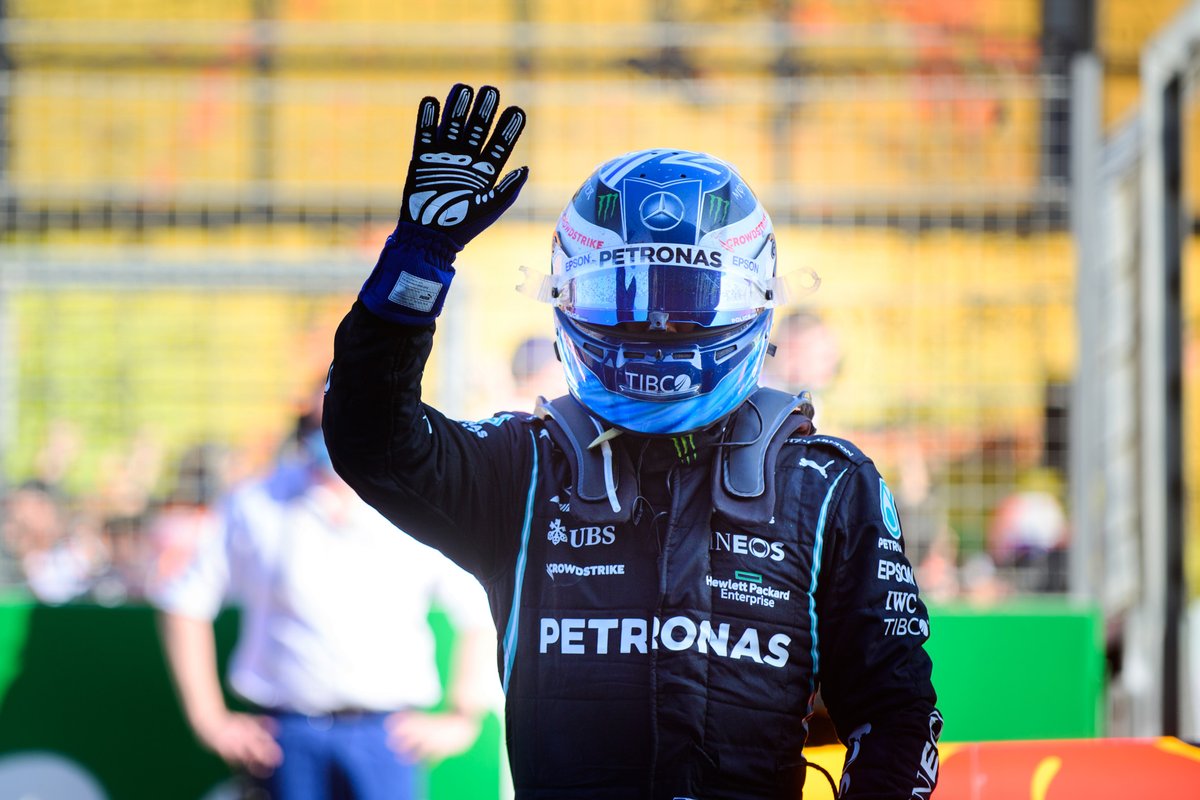 Vasseur stressed that experience was the key to choosing Bottas as replacement for the retiring Raikkonen.

"It is a pleasure to welcome Valtteri to the team and we are looking forward to our journey together," said the Frenchman. "With him, we bring to Hinwil a strong team player with experience at the sharp end of the grid.

"Valtteri has been an integral part of a team that rewrote the history books and he has four constructors' world titles to his name.

"He is the right driver to help Alfa Romeo make a step forward towards the front of the grid. Our relationship goes back a long way, to when we worked together in successful campaigns in F3 and GP3, and his talent and skills have been evident ever since, only growing with the time."

Vasseur added that the length of the contract was a key element: "The multi-year deal bringing him to us gives both Valtteri and the team the stability we need to build our project at a crucial time for F1. We are excited for what the future holds in store."

Vasseur noted at Zandvoort last weekend that he is not in a hurry to confirm the identity of the team's second driver.

Ferrari is no longer guaranteed a seat for an Academy member, but incumbent Antonio Giovinazzi is still in the frame, and would provide useful continuity.

Alex Albon and Nyck de Vries are high on the list, although the Dutch Formula E driver is understood to be close to securing the Williams seat vacated by Russell. F2 driver and Alpine protege Guanyu Zhou is also known to have a budget.

Perez: Mazepin and Norris moves cost me recovery to sixth