Valtteri Bottas was cleared of jumping the start at the Austrian Grand Prix because any movement his car made before the lights went out was within tolerance limits allowed by the FIA, it has emerged. 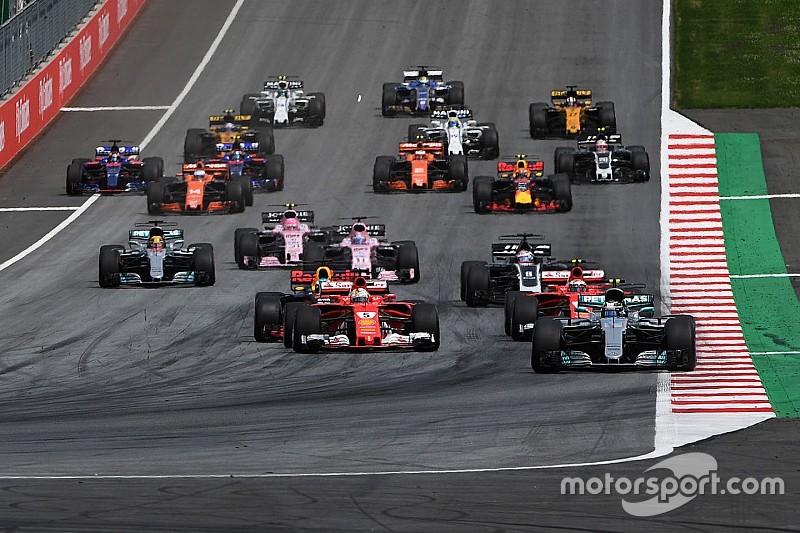 The Finn made what he described as the "start of his life" away from pole position in Austria, although his rivals were convinced he had moved before he was allowed to.

F1's data systems indicated that Bottas had reacted within 0.201 seconds of the lights going out, but front row starter Sebastian Vettel doubted that because he believed the Mercedes driver had moved while the lights were on.

Although the Austrian GP race stewards investigated the matter, they ruled in the end that Bottas had not made a false start.

However, that did not stop there being some confusion about why they had reached that conclusion, with television footage widely circulated on social media indicating that Bottas' front wheels were moving while the lights were on.

The FIA has explained, however, that some movement before the lights go out is allowed because of the need occasionally for drivers to make adjustments to their clutch in those crucial moments before the start.

Such a system has been in place for 20 years and has been accepted by all competitors.

The FIA deliberately does not disclose what tolerance is allowed before it takes action, for fear that if teams were aware of what was allowed they would start exploiting this to boost their getaways.

An FIA spokesman said that any movement observed on Bottas' car between the five lights being on and them going out was within this allowed limit – which is why the Finn was not deemed to have done anything wrong.

"In today's instance, Valtteri Bottas did not exceed this (very small) limit before the start was given," said the spokesman.

"Simply put: he made an exceptionally accurate and fortuitous judgement call, anticipating the moment the lights went out with great precision.

"Any movement prior to the moment the lights went out was within the tolerances allowed."