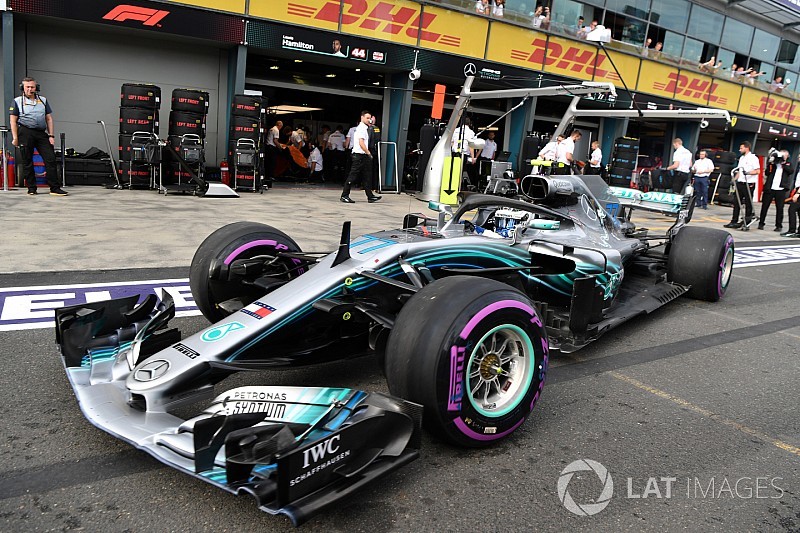 Valtteri Bottas is set to drop a further five places down the grid at the Australian Grand Prix after Mercedes confirmed his qualifying crash has damaged his gearbox.

The Finn made an error at Turn 1 during his first run in Q3, bouncing across the kerbs and losing control as he rejoined the track, swiping the barriers on the right hand side of the track.

Although the damage to the car was extensive, investigations by his team after qualifying confirmed that the chassis did not need replacing, but his gearbox could not be used any more so a new one will have to be fitted.

That will mean Bottas moving down from his 10th place on the provisional grid to start 15th.

See how they line up in Melbourne...

Speaking about his accident, Bottas explained the damp grass caused by a morning downpour had been a factor in the accident.

"I was carrying a lot of speed and I went wider than ideal, and definitely it was a bit damp where I was," he said. "I got sudden wheelspin and I couldn't catch the rear any more or lift any more. It was my mistake.

"I just pushed too hard in that corner, trying to gain some time. That cost me Q3 and for us as a team a lot of extra work for tomorrow."

With a 27G impact recorded, Bottas was taken to the medical centre for a mandatory check but was given the all clear, and he says there should be no lingering effects from the incidents.

"It was quite a big hit and I'm glad everything's fine," he said. "There's no pain at the moment. For sure in the moment it hurts a bit but I guess you earn that when you make a mistake like that.

"The car is not fine but hopefully it will be okay. I think tomorrow if we can get everything back together, obviously, starting a bit far to be really fighting for the win, but there's no point giving up on Saturday. Everything is still possible.

"We've seen we have a good car in qualifying as Lewis [Hamilton] showed but we think we have a very good car for the race and I think anything's possible.

"Plenty of things can happen in the race. I had a race last season when I was one lap down and still ended up second, so you never know."