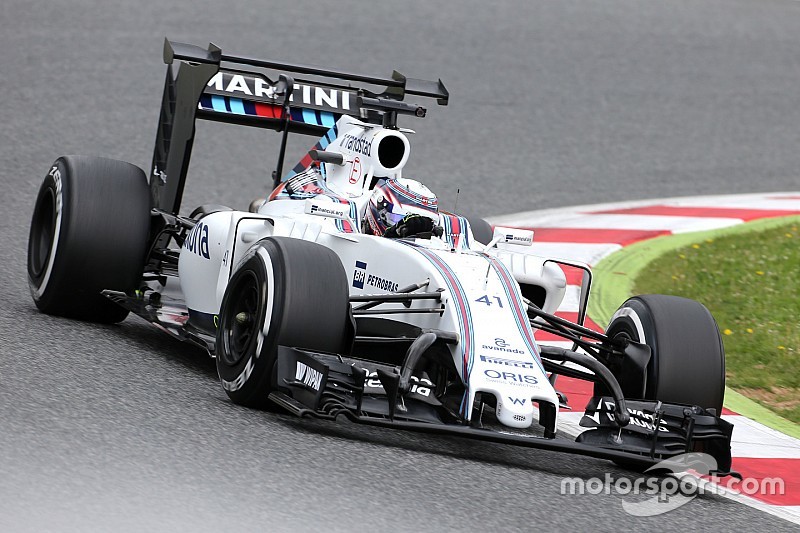 Valtteri Bottas says that Formula 1’s 2017 cars feel a "lot faster" in the corners, following his initial experience in the Williams simulator.

The Finn, who is favourite to land the Mercedes seat vacated by Nico Rosberg, has tried the 2017 concepts at the Williams factory.

With lap times expected to drop by around five-seconds compared to 2015, Bottas says early indications are that the cars feel very different in corners – especially because their wider design and tyres means they will be slower on the straights due to increased drag.

“It is quite a lot faster in the corners, I like it,” said Bottas, when asked for his early impressions of the 2017 cars. “Higher corner speeds are always nice, and more traction, grip and downforce is good.

"It comes with less speed on the straights, but it doesn't really matter - so it feels okay.”

Bottas does not feel that the increased downforce will require a dramatic change of driving style for a single lap – but there could be a big challenge in terms of being consistent over longer stints.

“Personally I don't think the driving style will change massively,” he said. “Obviously with more grip, some of the lines will change, and some of the corners will be flat out instead of a small lift.

“But I think the main challenge at the moment is in the longer runs, to try to keep the tyres in a good condition.

"When you wear tyres, handling the torque, getting out of corners and being sensitive with the right foot and avoiding slides, is more important. That's the main challenge at the moment.”

Bottas said it was too early to predict just how much greater the physical challenge of the cars would be, but said that drivers would be upping their physical training to prepare themselves.

“On the simulator it felt similar, but no doubt physically it's going to be more challenging with much more G-forces,” he said. “But in terms of driving and how difficult it is, I don't know. I think not a big difference, that's my guess.

"Maybe with G-forces you have to make adjustments with your muscles, but nothing huge.”